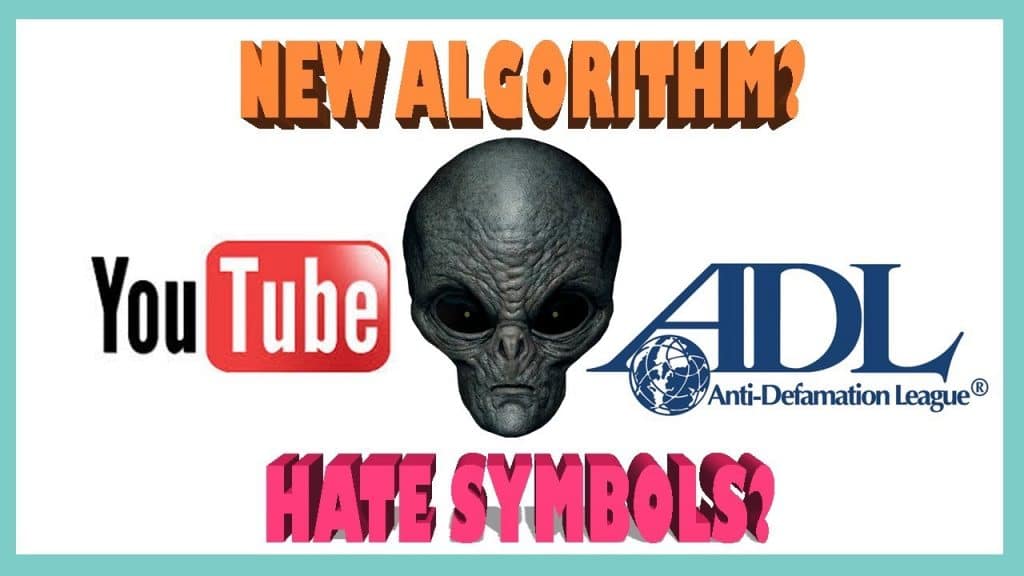 Did you know that YouTube has been working with the Anti-Defamation League? Did you know that the ADL can put pressure on YouTube so that they can censor virtually any video they do not like, even if the particular video does not violate the user agreement which YouTube provides?

“large sums of gambling money to the ADL, which would in turn accuse anyone who claimed Lansky and Dalitz were gangsters of anti-Semitism. In addition to being steady contributors to the ADL, the Jewish gangsters of this era also supported Israeli terrorist organizations: ‘With support from Meyer Lansky, Hank Greenspun had become a gunrunner for Israel in 1948 and thereafter performed as an Israeli operative. Bugsy Siegel reportedly gave $50,000 to support Irgun while ‘celebrity gangster’ Mickey Cohen sponsored an Irgun fundraiser in 1947.’

“The Israeli newspaper Haaretz claim that ‘Jews control crime in the United States,’ but Meyer Lansky had the backing of the ADL when he claimed that ‘there was much anti-Semitism behind the campaign to convict him.’”[3]

Lady Gaga herself admitted: “I used to do bags and bags of [cocaine]. Mostly when I was getting ready to go out, while I was putting on my makeup.”[6]

On other occasions, Gaga declared, “I have been addicted to [pot]. … I was smoking up to 15, 20 marijuana cigarettes a day with no tobacco. I was living on a totally other psychedelic plane, numbing myself completely. ..”[7]

Much of Gaga’s ARTPOP was conducted under the influences of drugs.  She confessed, “I was less drunk and more high on this record.” Gaga again said:

“Sometimes it freaks me out — or I should say it petrifies me—when I think about laying in my apartment (in New York) with bed bugs and roaches on the floor and mirrors with cocaine everywhere, and no will or interest in doing anything but making music and getting high.”[8] She said elsewhere, “I was living on a totally other psychedelic plane, numbing myself completely…”[9]

And then this: “All of the things I went through were on my own quest for an artistic journey to fu$k myself up like Warhol and Bowie and Mick, and just go for it.”[10]

Her quest to “fu$k” herself up led her to various drugs: “I’ve been addicted to various things since I was young. Most heavily over the past seven years. A friend gave me this term, ‘I lily pad from substance to substance,’ because I get to a point where I can’t go any further with one substance so I move to another.”[11]

If organizations like the ADL were really helpful, they would have prosecuted those who are promoting pornography online and elsewhere, particularly in the entertainment business. As Gail Dines of Weelock College and Robert Jensen of the University of Texas declared a few years ago:

But the ADL will never fight pornography and moral subversion because that would put them in direct conflict with their brethren, the actual people who have been in the business of producing filth in the culture for years. As Jewish scholar Nathan Abrams himself writes,

“[O]lder generation of Jewish filmmakers and actors, here [Woody] Allen, [Stanley] Kubrick and [Ron] Jeremy, arguably not only increased the Jewishness of their work, but updated it to match the new post-1990 sensibility by defining it in increasingly sexualized (and pornographic) terms…Drawing upon films of the past, the New Jew exhibits menschlikayt, and it is this characteristic that allows him to mock the dominant value of goyim naches.”[13]

“Between 1880 and 1939, the Jews played a conspicuous role in ‘white slavery,’ as the commercial prostitution of that era was dramatically called. Not only was this Jewish participation conspicuous, it was historically unprecedented, geographically widespread, and fraught with collective political dangers.”

The prostitution business, Bristow continues, ranged from “almost all parts of North and South Africa, to India, China, Japan, Philippine Islands, North and South America, and also to many of the countries of Europe” where “Yiddish speaking Jews are maintaining a regular flow of Jewesses, trafficked solely for the purpose of prostitution.”[16]

If this seems just theoretical, then let us hear from Jewish director David Cronenberg himself:

“I’m positing art as a means of coming to terms with death. Yes. I’m putting art in opposition to religion—or as a replacement for religion, in the sense that if religion is used to allow you to come to terms with death, and also to guide you how to live your life, then I think that art can do the same thing. But in a much less schematic way, in a much less rigid and absolute way.”[17]

How has Cronenberg been able to posit art as a means of coming to terms with death? Well, through pornography in virtually all his movies. Cronenberg continued: “I think we start off with what Freud called a polymorphous perverseness.”

William Beard of the University of Toronto points out that sexual perversion as a means to personal growth is one of the driving ideas behind Cronenberg’s movies, most specifically Spider (2002).[18] Cronenberg himself admitted in an interview:

“For me, all art is subversive in some way. That means you cannot abide by the rules of politeness and decorum that many mainstream movies thrive on…Real art must be subversive of the status quo to some extent. It doesn’t mean you’re preaching political revolution—although that would be a possibility.

Well, of course. If you are going to morally degrade the culture and the social harmony, then it is inevitable that you are going to be hated for your wicked behavior. And whether Cronenberg likes it or not, he is partly responsible for anti-Jewish reactions.

Beard writes of Cronenberg’s The Brood, “Already in 1979 in The Brood, we can see that it is not simply destructive powerful sexuality that is invested in the female, but all sexuality.”[19] And even in the 1977 movie Rage (originally titled Rabid), Cronenberg carries on Freud’s sexual ideas that “incestuous desire of the father for the daughter seems to be the obvious explanation.”[20]

What we are saying again and again is that the ADL will never go after people like Cronenberg, despite the fact that scientific evidence has shown that pornography always has a detrimental effect on the culture. As sociologist Gail Dines points out:

The logic, then, is pretty straightforward: Any entertainer who wants to screw himself or herself up will receive an award from the ADL; any entertainer who is in the business of corrupting the young and restless will get great accolades from Abraham Foxman. (How else would people like Mariah Carey be praising the Israeli regime?[22])

The next logical step directly follows: If anyone dares to even challenge this culture of death, then the ADL will hate you and even persecute you. This is one reason why they have deliberately shut down at least one hundred videos I posted on YouTube last year. In fact, they have shut down my previous YouTube channel. When I asked for an explanation, I was told that

“due to repeated or severe violations of our Community Guidelines (https://www.youtube.com/t/community_guidelines) your YouTube account Reason and Logic has been suspended. After review we determined that activity in your account violated our Community Guidelines, which prohibit spam, scams or commercially deceptive content (https://support.google.com/youtube/answer/2801973?hl=en).”

When I asked for the specific “Community Guidelines” I violated, I received no response whatsoever. If you now click the Reason and Logic channel, it will say something like this: “This account has been terminated due to multiple or severe violations of YouTube’s policy against spam, deceptive practices, and misleading content or other Terms of Service violations.”

I knew from the very beginning that YouTube will try to censor some of the videos I posted online, and this was one reason why I presented scholarly references at the end of the major videos. No one has been able to say that those references are fabricated or wrong. No one has been able to seriously challenge the premises in those videos. But YouTube, apparently working with the ADL, thought that those videos contained “spam, deceptive practices, and misleading content.”

This doesn’t surprise me at all, for we all know that “Google taps Israeli exec as new VP.”[23] Even Philip Giraldi, a former CIA officer, has had his materials censored from Facebook.[24] This is certainly an intolerable situation. The Huffington Post can say things like “Google is more Jewish than Facebook,”[25] but if a critic happens to say the same thing, then he will be labeled an anti-Semite.

[3] E. Michael Jones, “How Meyer Lansky took over the Cincinnati Ballet, and What Four Ballerinas did about it,” Culture Wars, July/August, 2017.