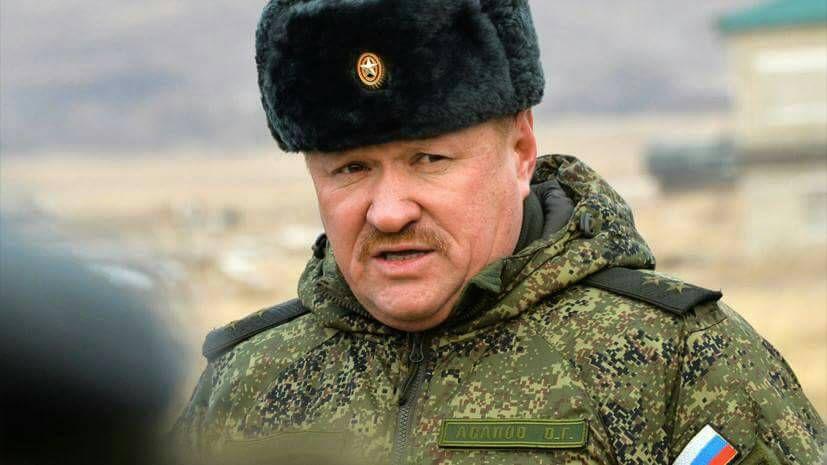 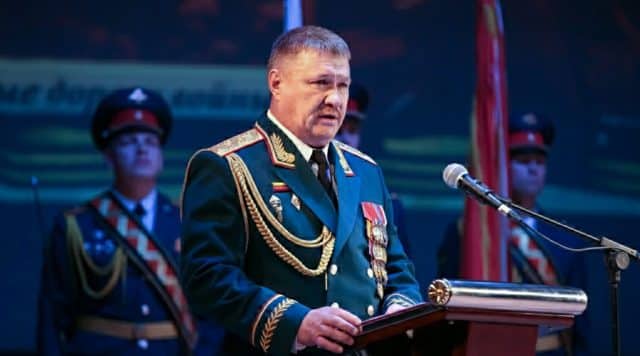 [ Editor’s Note: I suspected right away that General Asapov had been targeted via signal intelligence, but also not after his making a big mistake at being at the front where observation is most intense. The photos released today even show him at a river crossing grabbing on a rope to lend a hand.

And I would assume he was on a radio net talking to his Spec Ops people at the tip of the spear, simply for the excitement of doing it. Arm-chair warriors are prone to want to do such things.

That is a weak point that an adversary would have been looking for and tracking, knowing that an ISIS attack could be arranged quickly once GPS coordinates were obtained.

But Russian revenge is on display now. With the HTS offensive to try to grab the Russian police unit to use as hostages, I would suspect doing something like beheading one after each day the Russians continued airstrikes, and then the Russian general whacking, this showed that “another party” had decided to become more aggressive toward the Russians – not a good idea.

We now see a tank bridge over the Euphrates, one with supports in the riverbed so the current does not affect it. Logistics supplies for a full offensive in east Deir-Ezzor are now at the ready. And today we have Tupolev bombers delivering cruise missile attacks in Idlib and Deir-Ezzor at the same time. This is showing that the Russian command can and will deal with both fronts at the same time, because the US coalition has gone on the offensive in both at the same time.

Another Russian destroyer loaded with Kaliber cruise missiles is on the way to Syria; and Moscow announced today that the Deir Ezzor airport is to become a major Russian base.

That is the response for the US coalition thinking that it could use the SDF to be within shelling distance of the base to neutralize it, which Russians do not allow an adversary to be. While the Russians have said they will not attack non-ISIS forces unless fired upon, that promise does not include the Syrians who own the wells.

With the new base will come Russian Marines, a layered air defense, and permanently stationed attack helicopters. So once again, games played by the US coalition are boomeranging on it with stronger and permanent countermeasures being put into place. This new base will become a de facto one for Iraq, also.

In response, the Syrian Kurds are now saying “they hope” the US stays with them for decades to “protect their interests”, but that is going to be one hell of a trick once ISIS is defeated, as the US has used ISIS as its only public reason for being inside the country militarily. If the Syrian Kurds think they are going to get any political deal that includes the US staying, they are out of their minds… Jim W. Dean ]

The preliminary investigation into the death of Russian Lieutenant-General Asapov near Syrian Deir ez-Zor has shown data leaks to Daesh, a source in the Syrian security forces told Sputnik.

“The results of a preliminary investigation into the death of general Asapov in Deir ez-Zor evidences a leak of information on his location to the side that carried out the attack,” the source said.

Lieutenant-General Valery Asapov died on Sunday after sustaining a “fatal injury” in a Daesh shelling near Deir ez-Zor, according to the Russian Defense Ministry.

Asapov was a member of the group of Russian military advisers providing Syrian commanders with assistance during the operation aimed at the liberation of the city of Deir ez-Zor.Commenting on the incident, Russian Deputy Foreign Minister Sergei Ryabkov on Monday that the death of Asapov is the price that Russia paid for the “duplicity” of the United States in actions aimed at resolving the crisis in the region.

Meanwhile, the Russian Defense Ministry circulated an aerial footage of the areas where Daesh militants were stationed near Deir ez-Zor, clearly showing US special forces’ military vehicles at strongholds previously fortified by terrorists.