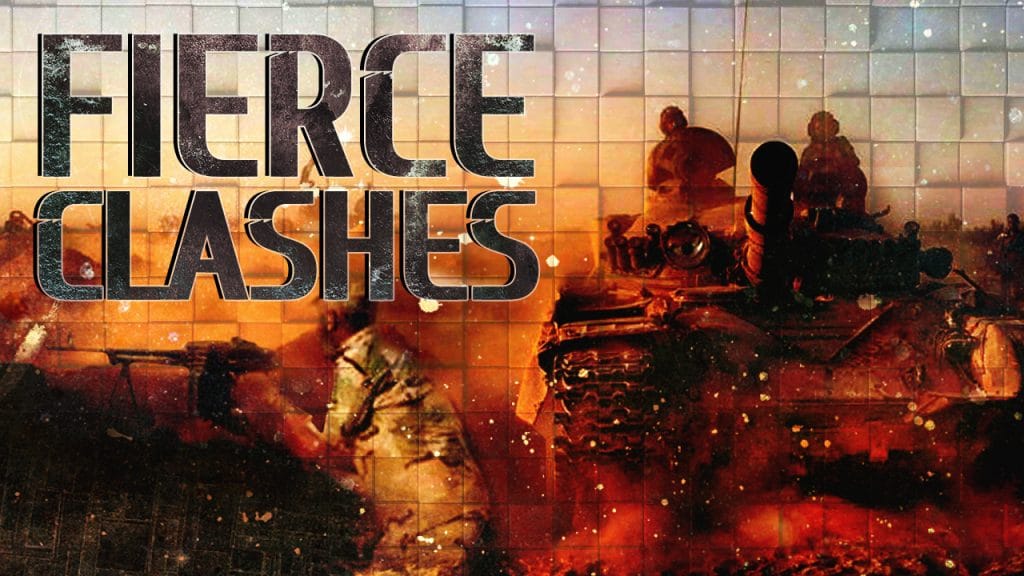 On Monday, Syrian government forces renewed efforts to capture the strategic area of the T-2 Pumping Station near the border with Iraq.

The pumping station is one of the last ISIS strong points between the government-held area and the terrorist-held city of al-Bukamal. If the Syrian Arab army (SAA) and its allies are able to capture the T-2 Pumping Station, a way for an advance towards al-Bukamal will be opened.

The ISIS-linked news agency Amaq claimed that ISIS members destroyed an SAA battle tank using an anti-tank guided missile near the T-2 Pumping Station. Pro-government sources said that some 7 ISIS members were killed in the clashes.

On Tuesday, the SAA continued attempts to recapture the area from ISIS.

On Monday, the SAA reportedly captured Nashad village on the eastern bank of the Euphrates, north of Deir Ezzor city.

On Tuesday, fierce fighting continued in Sarq Island east of Deir Ezzor. The island is a key ISIS stronghold in the area and the group is not going to abandon it.

Meanwhile, Russian Deputy Foreign Minister Sergey Ryabkov told reporters that the death of Russia’s Lieutenant General Valery Asapov is a direct result of the US two-faced policy in Syria. Asapov was killed during an ISIS mortar shelling near the city of Deir Ezzor on Sunday. He reportedly was a commander of Russian special task forces in the provinces of Deir Ezzor and Raqqah.

The Next day, US-backed Syrian Democratic Forces (SDF) and SDF-linked media accused Russia of striking its positions near the al-Taybeh gas and oil fields and added that government forces were shelling SDF positions with mortars and rocket launchers.

Russia rejected the claims, stating that its warplanes bombed only terrorist positions and added that no fighting between the SDF and ISIS was observed in the area.

In Raqqah city, the SDF seized the Grain Mill area and advanced in the Andalus, Tawrah, and al-Amin neighborhoods.

The ISIS resistance remains relatively strong in the central part of the city.