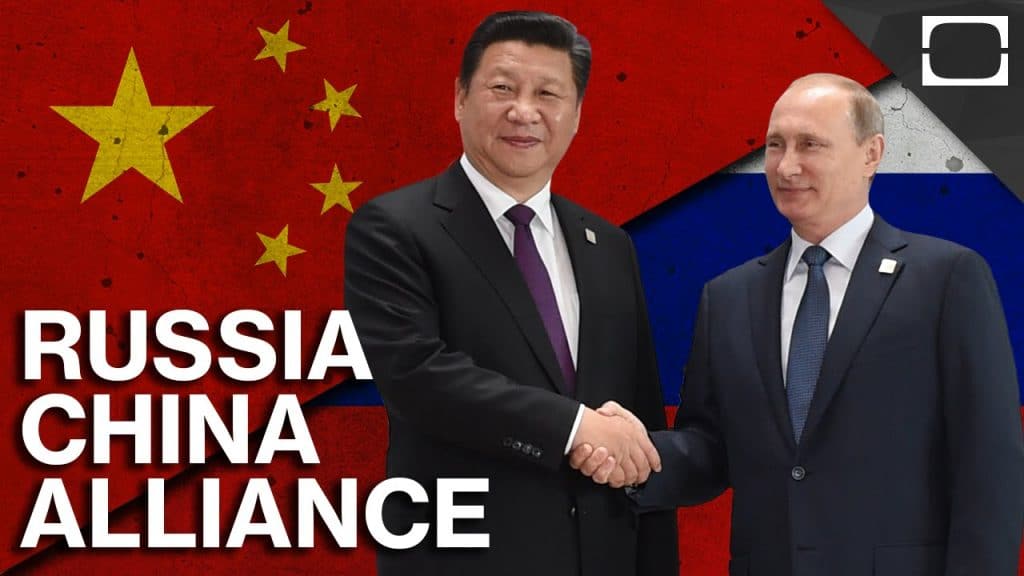 US Marine General Joseph Dunfort has suddenly come to the conclusion that both Russia and China are two of the greatest threats that the United States is currently facing in the world. “I think China probably poses the greatest threat to our nation by about 2025,” he said.[1] He added:

“China is focused on limiting our ability to project power and weakening our alliances in the Pacific. [It has the] potential to degrade core U.S. military technological advantages.”[2]

Dunfort never told his listeners how China has been able to “degrade core U.S. military technological advantages.” It was just an assertion without a single proof. Then he moved on to the inexorable truth: “In terms of overall military capability” he said, “Russia still posed the greatest threat to the U.S.”[3]

Dunfort knows that both China and Russia are partners, and both countries do not support the Trump administration’s aggressive approach to the North Korea crisis. What is more interesting is that Russia has caught the United States again buddying up with ISIS in Syria. And this time Russia has pictures to make their case. As Gordon Duff has recently reported, Russia has satellite proof which conclusively places America in a hot seat. America is now ISIS, and ISIS is America. They are basically concentric circles.

In other words, ISIS would not have made inroads in Syria had U.S. officials not been able to support the terrorist group.

“The newly released images ‘clearly show that US special ops are stationed at the outposts previously set up by ISIS militants.’ ‘Despite that the US strongholds being located in the ISIS areas, no screening patrol has been organized at them,’ the Russian Ministry of Defense said. This could mean that the US military staff ‘feel absolutely safe’ in the area which is held by the terrorists, the ministry of defense stated.”

Obviously the United States views Russia as dangerous for ideological reasons, not for legitimate reasons. Russia keeps exposing the United States as the villain and keeps revealing that the emperor simply has no clothes, and United States officials and indeed the Neocon war machine aren’t happy.[4] We know why they are not happy: the Israeli regime isn’t happy. This is one reason why Ayelet Shaked, Israeli Justice Minister, “threatens Putin’s life!” This is one reason why Zionist organs like the Atlantic are writing ridiculous things about Russia without serious evidence.[5]

The Syrian government, with the help of Russia and Iran, continues to obliterate ISIS in the region, and they intend to complete the job before the year is over. Walid Muallem, Syria’s foreign minister, said:

“I say that the main battles in Syria are coming to an end, and, therefore, we are completing the last chapter in the history of the crisis. The Syrian state intends to liberate every inch of our country from terrorists. If we manage to do this before the end of this year, then we will only be happy about it.”[6]

Obviously the Israeli regime will not allow ISIS to be obliterated without a fight, and they will almost certainly push the United States to stop that from happening. Russia must be prepared to flesh out a rigorous, consistent, and reasonable response to the Israeli regime, otherwise they are going to be in Syria fighting ISIS and other terrorist groups permanently. Is that what they really want?