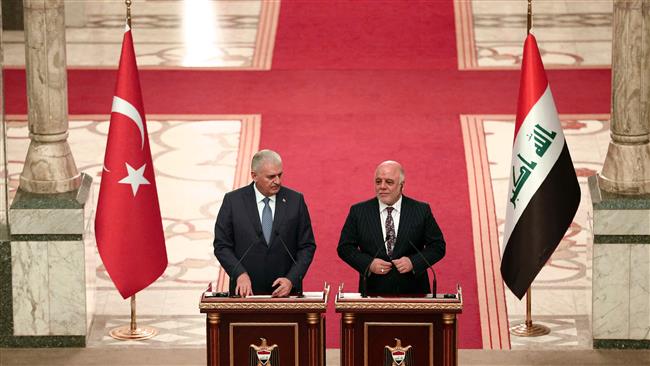 [ Editor’s Note: As I have been covering in my interviews on the Kurdistan referendum, despite the military huffing and puffing, there will be no hasty moves made, as Iran, Turkey, Baghdad and Syria have a full inventory of economic warfare options via sanctions and virtually no international recognition.

As I watched the Kurdish people dance in the streets with joy, I was astounded to see the unconcern over losing their oil export revenue, or control of their airspace and borders, even for imports. Yes this will cost Turkey a lot of trade revenue, but a lot less than a war would.

And if Turkey needs to use its army, Erdogan will be saving it for the unsettled Kurdish issue in his own country and for the growing Syrian Kurdish issue, with a newly combat-experienced SDF army on his border. Still missing from that risk equation is any movement by Erdogan to reach a permanent diplomatic settlement, which I suggest would be to the benefit of all.

The Iraqi Kurds have been getting 25% of the country’s oil revenues for sending 550,000 barrels of oil a day through Baghdad. But this 650,000 barrels a day figure below, going out through Turkey with a good chunk of it being stolen by the Barzani family and where the international banks are partners in the theft, has gotten little Western media press. Why not?

When some Kurdish government workers are months behind on being paid, how could they be so happy, not only having been robbed like that, but about to have what could be the harshest and most effective sanctions to date on any country? That said, China announced today the closing of all North Korean firms and partnerships in China, showing that it is fully on board the last round of UN sanctions.

On the flip side we see the US coalition, as part of its dying gasp in Syria, is actually using the SDF Kurds to take control of the Iraqi border east of Deir Ezzor. This is a militarily offensive act and is in violation of all kinds of UN-charter agreements, any of which are ignored by the US in the pursuit of “its interests”, which is the magic term used to ignore any international laws it chooses. You just can’t make this stuff up… Jim W. Dean ]

The office of the Iraqi Prime Minister Haider al-Abadi reported Ankara’s change of mode on Thursday, following a phone call between Abadi and his Turkish counterpart, Binali Yildirim.

Yildirim “confirmed the support of his country on all decisions” taken by the Iraqi government, said the statement. As part of the measures, Turkey would restrict oil export operations to the Baghdad government, it added.

The Turkish PM also emphasized Ankara’s “commitment to cooperate and coordinate fully with the Iraqi government to implement all necessary steps for imposing of federal authorities at land and air ports,” according to the statement.

Ankara has long been buying oil from the Kurdistan Regional Government (KRG) in defiance of Baghdad’s stiff opposition. Oil exports serve as the KRG’s main source of income. The Kurdistan region exports an estimated 650,000 barrels of oil per day through Turkey’s Ceyhan pipeline.

Turkish government spokesman Bekir Bozdag also said Thursday that Ankara is set to conduct its dealings in Iraq with the central government, and that the two premiers will sit down down for talks soon. Turkey is furious at the Monday referendum, which saw over 90 percent of the voters say ‘Yes’ to secession from Iraq, according to regional Kurdish officials.

The unconstitutional referendum, which went ahead despite Baghdad’s objections, has sparked angry reactions from the international community and Iraq’s neighbors, particularly Turkey.The regime in Israel is the only voice supporting the plebiscite.

In a strong-worded speech on Wednesday, Turkish President Recep Tayyip Erdogan also said Ankara will seal its border with the Kurdistan region and threatened the Kurdish leaders with blocking their key oil exports to other buyers.

Turkey, which is home to the largest Kurdish population in the region, fears that the Kurdistan plebiscite would embolden the outlawed Kurdistan Workers’ Party (PKK) in its push for autonomy in southeastern areas at home.

In the aftermath of the vote, pressure has been building on officials in Erbil, Kurdistan’s regional capital, over the referendum, with regional carriers, including Turkish Airlines, EgyptAir and Lebanon’s Middle East Airlines submitting to Baghdad’s request to suspend their flights serving Iraqi Kurdistan.