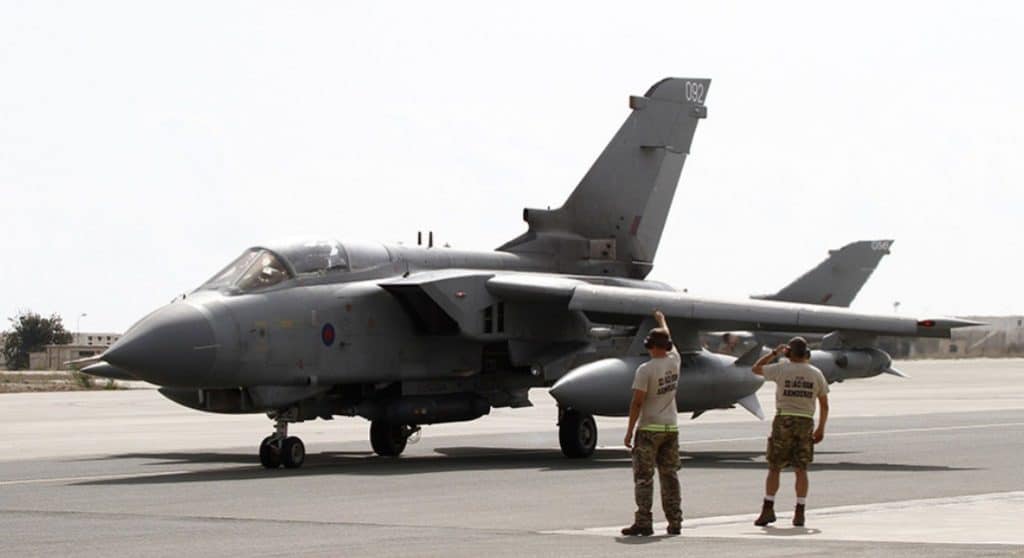 Editor’s note:  As Russia points out, the idea that 1500 air strikes over their years in Syria is nothing compared to the nearly 100,000 by Russia.  The truth is different even still.  Britain, by VT’s accord, has run weapons to ISIS and al Qaeda and taken part in terror gas attacks against the Syrian people as well, as part of the ‘false flag’ agenda that a London based government subservient to Israeli masters has followed all along.

If you consider these strong words, then also consider we are simply sick of cozying up to the political hacks in London and Washington who have miserably failed in their attempts to install an Israeli controlled terror regime from Golan to the border of Iran.  Millions would be enslaved under the plan we know was well in motion, the phony Israeli designed and manufactured “Islamic State.”
While the US, Britain and Israel are involved in a last ditch attempt to pass off their efforts as counter terrorism, a new plan is in motion, to build a terror state in the Kurdish regions of Iraq, steal one of the world’s largest oil fields and build a staging area for attacks on Iran.  The KRG has been Israeli controlled since 2003, dedicated to wiping not just Islam but Christianity from the region.
Those ignorant of real history need to review the real roots of Bolshevism and finally accept Israel not a nation but an idea, not a homeland for Jews but rather a homeland for the Rothschilds and their mafia rule.
We have watched the cabal power and arm ISIS, including supply trained western operations officers, including one American general stationed in al Mayadan in Syria, to plan ISIS operations.  Time for the US, Britain and the coalition to get the hell out of Syria.
Strong words?   Not strong enough.g

RT: The Russian Ministry of Defense has issued a scathing rebuke to a claim by UK Defence Secretary Michael Fallon that Britain has made a “major contribution” to “crippling” Islamic State in Syria and Iraq.

“As we come closer to the rout of Islamic State [IS, formerly ISIS/ISIL] by the Syrian Army, supported by the Russian Air Force, we are suddenly discovering that all these years, somewhere behind our backs it was Michael Fallon who did more than anyone to help defeat the terrorists,” Russian Defense Ministry spokesman Major General Igor Konashenkov said in a statement.

Over 87% of Syrian territory liberated from ISIS – Russian MoD

On the third anniversary of the UK’s involvement in the bombing campaign against the radical group, Fallon said its role was second only to the United States in the American-led coalition.

“Britain has made a major contribution to the campaign that has crippled Daesh [Arabic pejorative term for IS] since 2014, forcing this miserable cult from the gates of Baghdad to the brink of defeat in Raqqa. By air, land and sea UK personnel have played a tireless role in striking targets and training allies,” said Fallon on Thursday.

But Moscow believes the UK is taking credit out of proportion to its commitment, particularly in comparison to Russia, which has itself participated in the conflict since September 2015, at the invitation of Damascus.

“The question inevitably arises: where were these forces of good when Islamic State occupied a third of Iraq and most of Syria in mid-2015? The British minister boasts that the Royal Air Force carried out more than 1,500 airstrikes. In comparison, Russia has carried out over 99,000 confirmed precision strikes in Syria alone, which have guaranteed a breakthrough in the battle against ISIS,” continued Konashenkov.

“If there is any way that you can call the UK’s contribution invaluable, it is only because it is so difficult to assign any value to it, as it is so negligible,” summed up the official.