US interior secretary hints at economic war on Iran 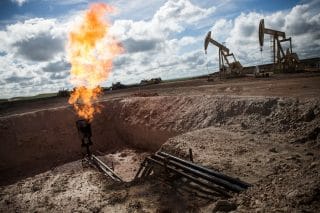 [ Editor’s Note: The NeoCons never miss a chance at putting on display their tried and true tactic of promoting a targeted country as a military threat, when no such threat exists at all, so they just make one up. Iran, like Russia, has to devote its military spending to defense, as it has been under constant threat by the US and its allies who vastly out spend it.

These same fraudsters then attempt to sell the American people a fairy tale that expensively produced shale oil, and especially US gas that has to be shipped by tanker to a world market, is somehow a competitive threat to those who have low production costs, shipping via economical pipelines.

The US economic advantage is even less with LNG versus shale oil, taking the European market for example, because the port infrastructure does not exist, and much of the required distribution network does not exist. And then, there is the matter of an established European gas pipeline structure that is already in place, plus the projected Russian-sourced pipeline expansion, offering the EU its lowest delivered gas prices, which is a key factor in the EU’s economic viability.

We already see the new Russian-hating Polish government wanting to ditch cheaper Russian gas for expensive American LNG, but not wanting to pay the extra cost, insisting our government find a way to subsidize it by sticking the US taxpayer with some more deficit-funding. 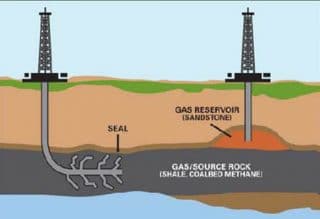 Woven into this obvious Special Interest Scam is the habit of painting economic targets as national security threats, where things like our signed and adopted World Trade Organization agreements can be ignored by sprinkling the National Security Fairy Dust on them.

Secretary Zinke is a perfect example of how Trump snookered his grass roots supporters with his focus-group-tested “drain the swamp” ploy – one so patently false that only someone with total contempt for the public could put something so fraudulent on the policy table. This goes way beyond normal economic market competition.

The baseline yardstick is a resurrection of the official policy during the First Cold War, where anything that could be done to hurt the Soviet economy was fair game. Nothing was illegal under the national security cover put over it. What we are seeing now is this policy still being used during peace time, purely to line the pockets of special interest swamp monsters, with little pushback other than entities like VT… Jim W. Dean ]

American companies have been jacking up shale oil production since President Donald Trump walked away from the Paris climate treaty. US ability to extract energy from vast shale formations has put the country on the brink of being a global energy powerhouse.

Speaking at the Heritage Foundation on Friday, Zinke said US “economic leverage would work to supplant every drop of crude that Iran produces and energy dominance is part of that,” the Washington Examiner website reported.

“That leverage gives the US the ability to begin exporting more oil to reduce the amount on the market from countries such as Iran,” the weekly magazine added.

Trump is also considering whether to pull out of an Obama administration deal with Iran that lifted sanctions on its oil exports.  Zinke called Iran a “grave threat,” citing the country’s nuclear capability and accused the Islamic Republic of developing intercontinental missiles.

“And it is better to have options to address Iran economically and not just militarily,” he said.

His claim came just after the United Nations verified the peaceful nature of Iran’s nuclear program last week. Moreover, Iran does not have an intercontinental missile and its program is restricted to building a regional deterrent capability.

Using energy as a weapon is being promoted among American politicians for some time. Advocates of the plan say the policy is to exert power over allies such as Saudi Arabia, Qatar and Australia and counter enemies like Iran, Russia and China.

For example, US military analyst James “Spider” Marks has singled out natural gas as “a great tool to use for this purpose,” keeping in mind that Russia is the No. 2 producer of the fuel in the world, followed by Iran, and China as No. 6.

“If the United States is to counter the global influence of Russia, Iran, China and other hostile nations, we will need to find peaceful ways to advance our interests while undermining theirs,” he wrote on the website of Washington-based Morning Consult company in July.

As for Iran, Qatar and Saudi Arabia which hold 40 percent of the world’s natural gas reserves, the US “can pump its own gas into the world market, keeping prices down and reducing reliance on the Middle East’s dominant producers,” he said.

His remarks coincided with Russian President Vladimir Putin signing off on a new state policy strategy that views the US as aspiring to dominate the world’s oceans, reiterating the Arctic and the globe’s resource-rich northernmost a priority development area.

The document, binding until 2030, states that the US and its allies are trying to “limit Russia’s access to resources at sea and its access to vitally important naval transport communications.” According to the International Energy Agency (IEA), the United States will challenge Qatar and Australia as the highest LNG exporters by 2022.

US shale oil is already weighing down on prices, bringing Saudi Arabia and Russia together into rare coordination between OPEC and non-OPEC producers to stabilize the market.

According to Marks, “as our production grows, so does our ability to advance our interests abroad through exports.”

“This provides America unprecedented global flexibility, to engage internationally at a time and place of our choosing,” said the retired major general who has led many business ventures since retirement from the army where he spent over 30 years.