[ Editor’s Note: This is the first news interview with Press TV that they edited to just use my last point, which was, with all the endless interviews on what Trump will do on his threat to bail out of the agreement, and how the EU will respond, there are two key points, one not mentioned at all, and the other lightly touched on.

On top of all the internal controversies in the EU, and particularly the US initiating Russian sanctions which end up being sanctions on EU countries, if the EU does not stand up to this, it will never be considered an independent federation, but a NATO appendage of the US.

And second, with all of the turmoil inside the EU with Britain leaving the EU and the years of fallout from Brexit, given the pent-up demand from previous US sanctions, the last thing the EU wants on its plate is a broken JCPOA, which could endanger the numerous EU-Iranian trade agreements now in the pipeline… Jim W. Dean ] 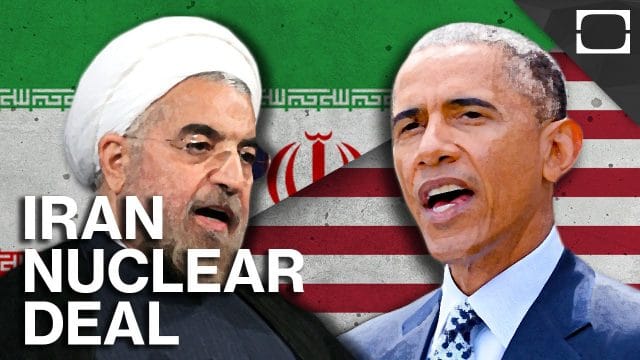 In an interview with the Guardian, Zarif warned if Europe followed Washington’s lead, the deal would collapse and Iran would come up with more advanced nuclear technology than before the agreement was reached in 2015.

However, the top Iranian diplomat insisted that technology would not be used to make weapons, in line with Tehran’s obligations under the nuclear Non-Proliferation Treaty.

Zarif said the only way Iran would continue to observe the limits on its civil nuclear program would be if the other signatories – Britain, France Germany, Russia, and China – all remained committed to its terms and refuse any subsequent US sanctions. Iran’s foreign minister added that walking away from the deal was just one option under consideration in Tehran.