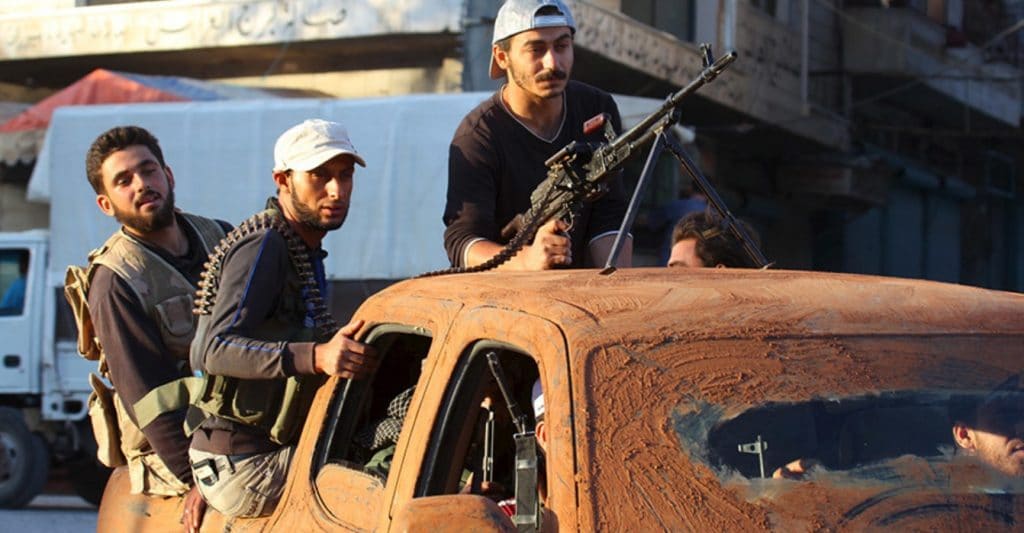 Russian air strikes in Syria between September 19 and 29 resulted in the deaths of 2,359 militants with a further 2,700 or so wounded, the Russian Ministry of Defense has announced. 16 field commanders, and over 400 citizens from the former USSR are among those wounded.

“Terrorist organizations Islamic State and Al-Nusra have sustained their most serious losses for the last several months. Due to the effective operations of the Russian forces, they have been seriously weakened,” said a statement from the ministry, released on Saturday.

This Saturday marks the end of the second year of Russia’s military operation in Syria. It’s seen some setbacks, a few major victories, the potential to end the bloody conflict and the risk of rapid descent into a conflict between Russia and the US.

Russia’s campaign in Syria was officially launched on September 30, 2015, following several weeks of preparing a base of operations near Latakia and transporting military assets there. 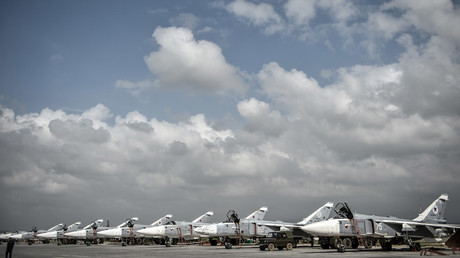 A year of Russian anti-ISIS ops in Syria: 5 key milestones

Acting on a request from the Syrian government, Moscow said its involvement was necessary to prevent jihadist forces from taking over the country and turning it into a major hotbed of terrorism, which would threaten Russia as well as other countries.

RT takes a look at major events that happened over the second year of the Syria campaign.

In September 2016, Syrian government forces with Russian air support began an operation to capture Aleppo, once Syria’s manufacturing capital. The city at the time was divided into roughly equal parts, with the western half controlled by Damascus forces and the eastern part held by several armed groups opposing them. Among the militants on the so-call ‘rebel’ side was a significant presence of hardcore jihadists from the group best-known as Al-Nusra Front.

The intermingling of the groups was a constant source of tension between the US and Russia, with Washington accusing Moscow of targeting “moderate” groups in Aleppo, and Moscow complaining that the US was unable to pressure “good” rebels to stay clear of “bad” terrorists. This failure was cited by Russia as a major factor leading to a collapse of a ceasefire agreed by the two nations under the Obama administration, which led to the Aleppo offensive.

The nature of urban fighting combined with the rebel groups’ reluctance to allow civilians to leave their part of the city resulted in a heavy death toll. The blame for the civilian casualties was squarely laid on Russia by Western politicians and mainstream media, with terms like “war crimes” and “barbarism”used liberally. 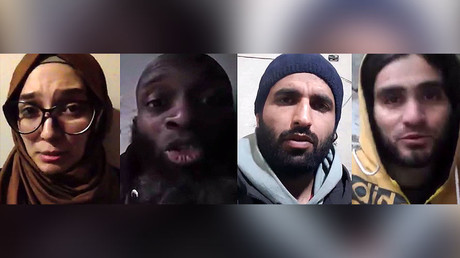 The accusatory coverage or operation rose to a crescendo in December 2016, when so-called ‘civilian journalists’ bombarded Western audiences with ‘last goodbyes from the Russia-destroyed Aleppo’. The desperate call proved to be ridiculous, as days or weeks later the same people were safely evacuated from the city.

The reality of Aleppo months after its capture by the Syrian Army is that hundreds of thousands of displaced people returned there, despite residual problems any city that endured years of battles would have.

While gaining ground in the west of Syria, Damascus forces suffered a setback in Palmyra, an ancient and culturally-significant city in the central part of the country. The terrorist group Islamic State (IS, formerly ISIS/ISIL) amassed a strong force and took back the city, which it had lost in March 2016.

The liberation of Palmyra was a key achievement for Russia’s campaign in 2016, so losing Palmyra back to the same jihadists was a humiliation, even if it only lasted for several months. In March, Damascus was able to free up enough forces previously engaged in the Aleppo siege to push IS out of Palmyra. 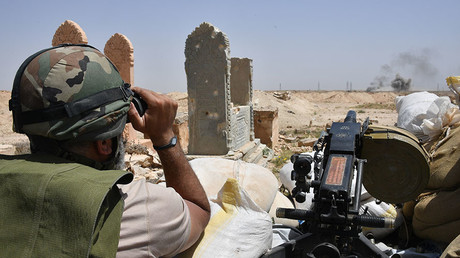 The current focus for Damascus and Russia is Deir ez-Zor governorate in the east of Syria. The eponymous provincial capital remained under IS siege for years, with the militants controlling the rural part of the province and outskirts of the city, and the government loyalists holding the center. With supply lines cut by the blockade, the garrison had to rely on high-altitude airdrops to continue fighting.

The blockade was finally lifted in early September 2017, a development that Russia considers a turning point for defeating IS in Syria. At the moment, some 87 percent of the Syrian territory is under control of Damascus, according to the estimate of the Russian Defense Ministry.

The Islamist group still controls parts of Raqqa, a city considered its ‘Syrian capital’, but it is expected to fall in the hands of US-backed predominantly Kurdish Syrian Democratic Forces (SDF) before year’s end.

The Deir ez-Zor offensive also marked the most significant loss by the Russian military in its modern history. Lieutenant-General Valery Asapov, the senior member in the group of Russian advisers helping the Syrian Army, was killed along with two aides in shelling. This increased the number of Russian troops killed during the operation reported by the Defense Ministry to 35.

While IS remains a credible threat in some parts of Syria and does not hesitate to poke both troops loyal to Damascus and the Kurdish militias, the group’s attention has apparently shifted to other parts of the world such as Libya. And with this common enemy all but defeated, the future becomes uncertain over whether other parties of the conflict can overcome their differences, especially with the Americans joining the action full-swing.

US boots on the ground

US President Donald Trump’s many broken election promises included changing the Obama-era policy on Syria and striking a deal with Russia to defeat IS together. What happened instead is more US involvement in Syria and an increasing risk of an armed conflict with Russia.

The new US administration’s Syria campaign started with an incident in Khan Shaykhun, a small town in Idlib governorate controlled by the rebels.

The incident was described by the White House as a chemical weapons attack by the Syrian government, with the media uncritically supporting the narrative while dismissing evidence and arguments to the contrary. So far, no on-site inspection of the alleged attack site by international inspectors has been conducted.

Trump milked the incident to get a moment of almost universal domestic praise, when he ordered a barrage of Tomahawk missiles to obliterate the airbase from which the supposed attack was launched. He even bragged about it to visiting Chinese President Xi Jinping, who didn’t comment on whether he appreciated the after-dinner entertainment.

The Tomahawk show of force reportedly had a minimal effect on Damascus military capabilities. It also paved the way for much stronger US presence on the ground in Syria. Under Obama it was limited to small-scale missions of special operations forces, but Trump allowed the Pentagon to send in the US Marines along with artillery and other heavy weapons, de facto occupying part of Syria.

It’s not like the flights of the American-led coalition through Syrian airspace were any more legal, but the mew deployment made US disregard for international law even more glaring.

The Americans are propping up the Syrian Democratic Force, a coalition of militias dominated by Kurdish fighters, which the US chose over Turks to lay a siege on Raqqa. The decision further strained Washington’s relations with its NATO ally, which sees any empowerment of Kurds in Syria or Iraq as an indirect support of Kurdish guerrillas in its own territory. American support of Kurdish militias is nothing new, but Trump’s move seems to have alienated Ankara enough for it to imply that Turkey may need to shoot down American-made warplanes.

America’s support of militias in Syria goes beyond just arms and training. Over the past few months, American forces have attacked troops loyal to Damascus on several occasions for allegedly violating borders of US-controlled zones. 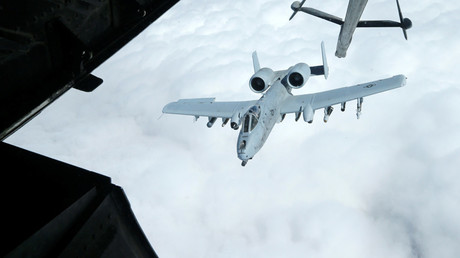 More importantly, the SDF has its own agenda, which goes beyond defeating IS, and it puts it at odds with the Syrian Army. Oilfields in Deir ez-Zor governorate may still be under jihadist control, but whichever side manages to capture them will have better chances of keeping them and profiting from extraction in the future.

The tension between the local players apparently spills out on their foreign backers. The tone of the Russian Defense Ministry reports on the Syrian campaign has been turning increasingly hostile towards the US this month. Moscow laid the blame on Washington for triggering last week’s surprise jihadist offensive from Idlib governorate, which put three dozen Russian military police troops at risk of being captured or killed.

Russian media reported that the accusation came after intelligence on the units’ positions, which Russia reported to the US, was shared with a “moderate” group and later leaked to the Islamists.

The Russian military said SDF shillings of positions of the Syrian army in Deir ez-Zor endangered Russian military advisors embedded there and threatened retaliation. And a senior Russian diplomat attributed the death of the Russian General to American “hypocrisy”, with Washington rejecting the assentation.

Some reports indicate that American troops on the ground could have been killed by Russian warplanes, an allegation that Moscow denies.

Nevertheless, the risk of a direct military confrontation between Russia and the US in Syria seems to be rising.

On the bright side, dramatic changes in attitudes are possible in the Syrian conflict, as evidenced by Russia’s rapprochement with Turkey. Last year the two nations seemed to be on the brink of a shooting war, after Turkey shot down a Russian warplane in November 2015. Now Moscow and Ankara seem to have overcome their differences and are working together with Iran on stopping the war in Syria.

The spectacular transformation was evidenced during the last days of the battle for Aleppo. It was the trilateral agreement between Russia, Turkey and Iran that allowed the negotiation of an end to hostilities there and an evacuation of those unwilling to live under Damascus control.

The plan is progressing, with some rough moments like the latest jihadist offensive from Idlib, but it seems to have succeeded in curbing the violence in Syria. Some observers say it amounts to a partitioning of the country, an allegation that Moscow strongly denies.

Russia says stopping the violence and reducing humanitarian suffering is necessary to give the Syrians a chance to talk out how they want to live.