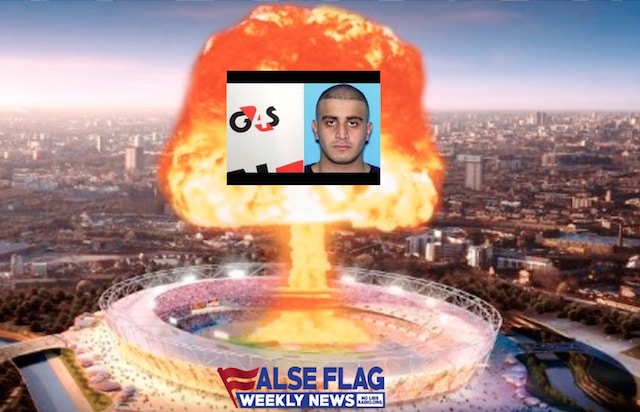 Is G4S, formerly known as Wackenhut (“we do stuff even the CIA won’t touch”) the right company to provide Super Bowl security?

We may find out soon enough. The Minneapolis Star Tribune has reported that U.S. Bank Stadium has suddenly fired its security provider just one year into a three year contract — and replaced it with G4S, which “will provide the 24/7/365 security of the building” according to Patrick Talty, the general manager of SMG, the firm that owns the stadium. US Bank Stadium is the site of the next Super Bowl, scheduled for February 4, 2018.

Ironically, the security outfit that was suddenly dismissed, Chicago-based Monterrey Security, was blamed for hiring dubious characters as security personnel.  But the new provider, G4S, is the firm that groomed Orlando false flag patsy Omar Mateen!  G4S has a long history of “deep state” activity, as discussed in  my edited book Orlando False Flag.

Sudden changes of security a few months before a big event are not a good sign. The long-term takeover of World Trade Center security by the forces behind 9/11 culminated just two months before the event, when Larry Silverstein, the owner of WTC-7, purchased the asbestos-ridden Twin Towers and the rest of the complex on a 100 year lease and gained total control over Trade Center security. Silverstein, a close friend of Israeli PM Netanyahu, presided over the murderous demolition of the entire WTC complex, narrowly escaping with his life when, he claims, his wife reminded him not to take his usual breakfast at the top of Tower One due to a dental appointment.

Silverstein later confessed on national television to demolishing or “pulling” Building 7. Yet he was able to walk off with a 4.5 billion dollar cash settlement (after doubling the insurance and re-doubling his payout with an absurd double-indemnity claim) including three quarters of a billion dollars for the “terrorists'” destruction of WTC-7, the very building that Silverstein had confessed to “pulling” himself.

Hiring G4S for the Super Bowl is a little bit like handing WTC security to Larry Silverstein.

Here is some information about G4S. All items are taken from Orlando False Flag: The Clash of Histories.

Seven months into a job as a prison guard in 2007, Mateen was fired for threatening to bring a gun to class. He settled on a career as a low-level security guard for G4S Security Solutions, a global security firm that em- ployed him for nine years. Though Mateen’s applications to two police departments were rejected, he was able to pass a G4S background check and receive several guard assignments. (The world’s third largest private employer, G4S has accumulated a staggering record of human rights abuses, including accusations of child torture.)

G4S has named a psychiatrist who had conducted a psychological evaluation to certify Mateen’s fitness for a job with the agency. But the psychiatrist claims she never saw Mateen and that she was not even living in Florida at the time the test is claimed to have been conducted. Why is G4S lying?…

Former superior court judge Napolitano stated that Mateen qualified for the highest level of weaponry that one can qualify for in Florida, calling this an “extraordinary breakdown” in the G4S security system of back- ground checks required for someone in his position…

Canadian Prime Minister Pierre Trudeau was said to have rebuffed Wackenhut’s effort in the 1980s to purchase a weapons propellant manufac- turer in Quebec with the remark “We just got rid of the CIA, we don’t want them back.” “It is known throughout the industry,” said retired FBI spe- cial agent William Hinshaw, “that if you want a dirty job done, call Wackenhut.”…

G4S has been plagued by scandals and negative media coverage linked to violations of human rights, ripping off taxpayers, and gross mismanagement. As a result, the company has come under sharp criticism from Archbishop Desmond Tutu, Human Rights Watch and Amnesty International. Jewish Voice for Peace has compiled a detailed report on G4S’s various human rights violations, corruption, and management failures.

While Omar Mateen, the gay blade who occasionally posed as a “radical Muslim,” was working for G4S, a sheriff he worked with reported:

“Omar became very agitated and made a comment that he could have Al Qaeda kill my employee and his family. . . . If that wasn’t bad enough, he followed it up with very disturbing comments about women and Jews and then went on to say that the Fort Hood shooter was justified in his actions.”

The Sheriff’s Department reported the incident to the FBI and to G4S. You can tell, I think, that the sheriff felt that, on the basis of this verbal threat alone, Mateen should have been fired and prosecuted. It would be interesting to solicit the sheriff’s opinions regarding the FBI closing their file on Mateen three times, and removing him from the watch list that would have alerted them to Mateen’s purchase, a few days prior, of the firearms he allegedly used in the shooting.

How is it conceivable that anyone could give the FBI cause to open a file on them three times, and NOT make the FBI feel that they should just keep it open? Their lame excuse is that they investigated Mateen and did not find any connections to any groups. But the alleged radical Islamists who allegedly bombed the Boston Marathon had no such connections (nor any access to the kind of explosives used—but never mind that!), nor did the alleged radical Islamist couple who allegedly murdered fourteen people in San Bernardino (while magically causing witnesses to hallucinate three large white paramilitary shooters) have connections to any groups. Nor did the convicted Fort Hood shooter. So how was this a reason to close the case? How did Mateen avoid facing charges for threatening a deputy in uniform on the job? And how did Mateen avoid losing his job? How could G4S think they couldn’t find a replacement who would refrain from making Al Qaeda-affiliated threats against uniformed police he was assigned to work with?

Obviously Mateen was being protected—as were Mohammed Atta and other alleged 9/11 hijackers prior to 9/11 when Lt. Col. Anthony Schaffer of the Able Danger project was ordered by superiors to cover Atta’s and friends’ faces with yellow sticky pads and forget he had ever heard of them.

The Twin Cities offer plenty of potential Super Bowl False Flag patsies, due to the presence of about 25,000 Somalis – a community that has reason to dislike US foreign policy, which has destroyed their country. The Somali immigrant community is heavily surveilled and infiltrated by US security agencies. Indeed, it was Somalis who were chosen to stage a theatrical “possible assassination attempt” on George W. Bush on the morning of September 11th, 2001, shortly before Bush left his hotel to travel to Booker Elementary School. The incident was later hushed up because the Somalis in question were too obviously US (?) government assets, not “Middle Eastern terrorists,” and the “assassination attempt” looked more like part of a coup d’état, which 9/11 was, than an “al Qaeda attack.” (Like the “Angel is Next” threat, the “Longboat Key assassination feint” sent a message to Bush that he had better go along with the program, OR ELSE.) 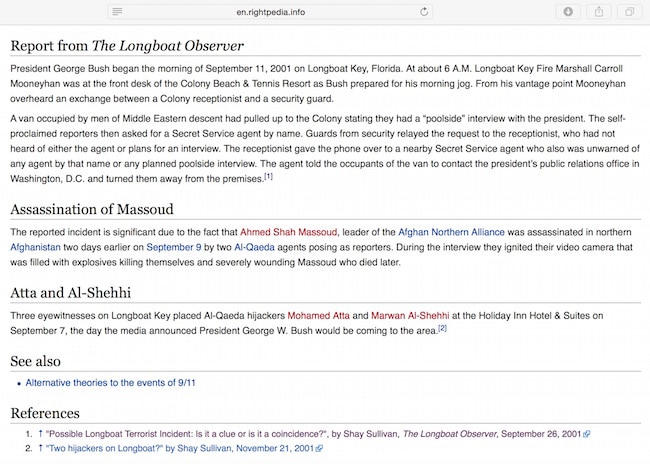 Given the hysterical brouhaha over black lives matter protests by NFL players, this year’s Super Bowl might be an attractive target for those planning the next huge false flag, the long-awaited 911-2B. Football has a very deep connection with militarism in the American mass psyche, making football games the ideal place to advertise for military aggression. Indeed, DoD has paid NFL teams millions of dollars to deceptively stage “spontaneous patriot displays” according to the Washington Post. The Super Bowl, the most-watched event on Planet Earth, would be a natural site of the ultimate “spontaneous patriotic display” – the reaction to a nuclear terror event.

Is the above scenario a paranoid exaggeration of what might happen due to G4S taking over Super Bowl security?

Maybe. But to paraphrase Dick Cheney’s one percent doctrine:

If there’s a 1% chance that the Deep State is setting up patsies for a nuclear false flag, we have to treat it as a certainty in terms of our response. It’s not about our analysis … It’s about our response.

So spread the word —and maybe if there are any such plans afoot, our pre-emptive response will dissuade them. 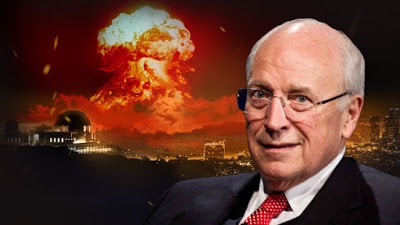