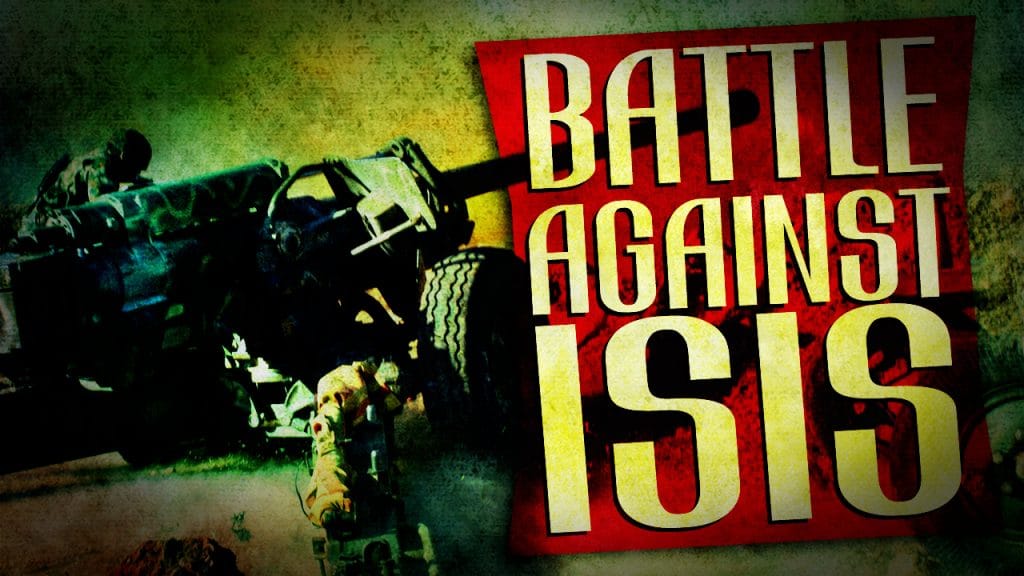 The ISIS advance on the pumping station also resulted in a failure. With this al-Shula and Bir Ghabaghib remained they key areas where ISIS achieved some success. Clashes are ongoing there.

The Syrian Arab Army (SAA) and its allies are working to restore security in al-Qaryatayn town that has been at least partly captured by ISIS sleeper cells. Government forces have encircled the town and all sort of communications inside it are jammed. This explains a lack of photos and videos from the area. ISIS supporters inside al-Qarytayn have almost no heavy weapons and equipment. So, the key SAA problem is to conduct an operation avoiding major civilian casualties.

Inside the ISIS-held pocket east of Salamiyah, government forces captured Rasm Abaykah, Rasm Abd and Soha and continued advancing on Akash. The army is seeking to establish control over the road separating the northern and southern parts of the pocket.

Separately, the SAA pushed towards the ISIS-held town of Mayadin in the Euphrates Valley. Government forces advanced about 10km and outflanked Muhassan where clashes erupted. The goal of the advance is put additional pressure on ISIS and to force it to redeploy forces from the Palmyra-Deir Ezzor highway area to the Euphrates Valley. If ISIS avoids dong this, government troops would threaten to capture this key ISIS-held stronghold.

The US-backed Syrian Democratic Forces (SDF) used the fierce fighting between the SAA and ISIS to develop momentum on the eastern bank of the Euphrates and seized the Jafra oil field and nearby processing facilities.

In Raqqah city, the SDF further advanced against ISIS but no major breakthrough in the military situation in the area was reported.

On October 1, Omid Kabar a SDF commander said at a funeral for SDF fighters killed in Raqqa city that the SDF will not handover al-Tabqah town or any other area to the Syrian government. He also claimed that over 300 SAA soldiers defected to the SDF during the “last period”. However, Kabar did reveal no details or proofs.

Kabar’s statement reflects the SDF public policy aimed to show the difference between US-backed forces and the so-called Assad regime. However, behind the scene the SDF is pushed to cooperate with the government closely to manage the economy of the SDF-held area.