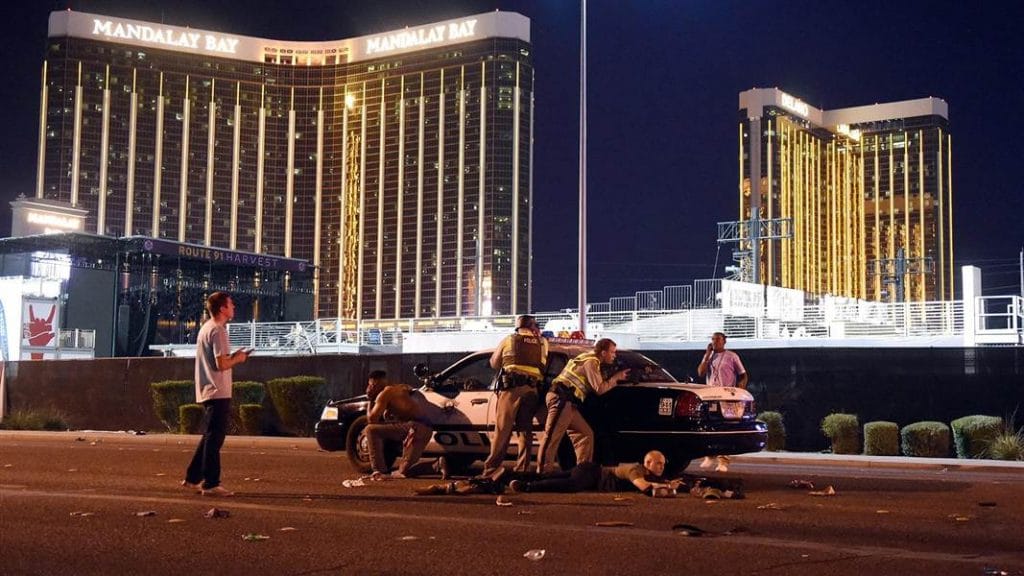 Look around you. Turn on your television. Turn on your computer and go to the New York Times, the Washington Post, CNN, MSNBC, and any media outlet in America. What do they all place on the front page of their news outlets?

Well, they are all reporting about the incident that happened in Las Vegas. It has been reported that the incident has taken the lives of more than fifty people. The New York Times itself called the incident “one of the worst U.S. mass shootings.”[1] The Washington Post called it “the deadliest mass shooting in modern American history.”[2]

Sudden death is indeed a frightening thing, and mass shootings, in particular, always bring pain and suffering. Our heart goes out to the families of those who find themselves in the middle of the Las Vegas debacle.

But we need to hold our breath for a moment and start asking basic fundamental questions. Have warmongers, the Neoconservatives, and the Zionist media been fair to the thousands upon thousands of civilians in the Middle East, people who have absolutely nothing to do with terrorism? You see, less than one hundred people died in Las Vegas and the entire world has to know about it and sympathize for us.

“The number of civilian deaths in the Afghan war has reached a record high, continuing an almost unbroken trend of nearly a decade of rising casualties.

“The number of deaths of women and children grew especially fast, primarily due to the Taliban’s use of homemade bombs, which caused 40% of civilian casualties in the first six months of 2017, according to UN figures released on Monday.

“Child casualties increased by 9% to 436, compared with the same period last year, and 1,141 children were wounded. Female deaths rose by 23%, with 174 women killed and 462 injured. US and Afghan airstrikes also contributed to the surge in civilian victims, with a 43% increase in casualties from the air.”[5]

When it was over, 2.3 million Iraqis had been forced to flee their homes and towns; by 2008, another 2.7 million Iraqis were displaced, and nearly half a million civilians ended up losing their lives.[8] Thousands upon thousands of other people went missing by 2008.[9] This is out of a total Iraqi population of about 30 million people![10]

When the war was over, sectarian violence and car bombings were rampant—almost every day. When Mark Kukis went to Iraq to report on what happened, he said he heard two to five car bombs every day.[11] The Iraq war, says Kukis, shook the entire nation and created havoc even by 2006.[12] Factions of society that once coexisted were dismantled.

In a nutshell, Iraq was in exponential decay. Buildings and farmlands were destroyed.[13] And the fringe benefits of the war? Between 300,000 and 360,000 veterans returned home with brain injuries,[14] some of which went untreated.[15] In 2005, more than 6,000 suicides took place among our soldiers serving in Iraq.[16]