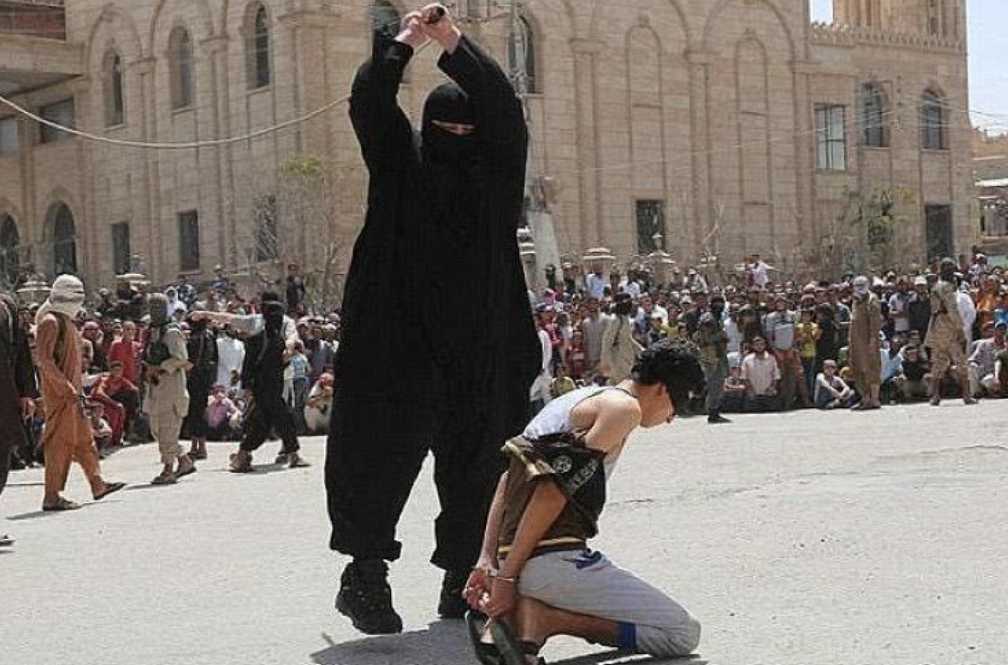 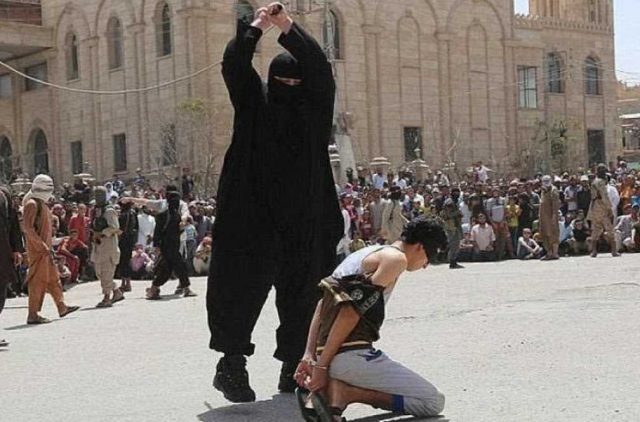 [ Editor’s Note: We have all been here before. NEO’s Alexander Orlov has pulled together the best recap that we have seen of the complex behind the scenes hands involved in the major rebound of an ISIS that was deemed to be broken and on its last legs two weeks ago.

VT could see that, after the huge losses that ISIS had taken in the Deir Ezzor battle, and then most recently in Idlib with its failed counter offensive, the major and complex attacks over the last few days involved substantial reinforcements entering the fight. They were well-equipped and logistically supported, not only with supplies, but with a major military power command involvement with its full military Intel assistance, including current satellite recon information.

Russia only recently began discussing US involvement after its general was killed. Its air force is fully committed, yet the current offensive has so far been sustained with a well-coordinated campaign of picking off Syrian units in various parts of the country to complicate Syria’s ability to shift troops around.

This is not something that ISIS by itself, chopped up and reeling in its few remaining strongholds, could ever have managed without the assistance of a major power. US media is bereft of what is a major story, the open support of ISIS by this major power, and now by derivation the SDF Kurds, which should complicate the post-war political talks, as the Kurds have effectively removed themselves from Syria with no plans of returning.

They and their US big brother have chosen the military solution to salvage something from the general victory of the SAA and its anti-terrorism coalition allies. For the American people to not scream bloody murder at this point of the game, where the US intrigue is laid right out in the open, shows they have abandoned any concern to rein in this rogue operation, which makes a bad joke of the US claims of being involved in an anti-terrorism campaign. Will speeches be made in Congress to address this outrage? Don’t hold your breath.

Russia is at the point now where it needs to consider bringing in a full infantry division to secure a key area of the Syrian battlefield so Damascus can concentrate its available forces in the remainder. It has not wanted to make such a deployment, but if it does not, it risks losing much of what it has gained over the past year. It has the forces. It needs to use them… Jim W. Dean ]

It is now clear that the unexpected counterattack that ISIS militants launched near the Deir ez-Zor and Palmyra, forcing Russia’s air group deployed in Syria to take urgent measures to repel it, that almost overran positions occupied by Syrian forces was staged by the US and its Kurdish SDF allies along with a number of local Sunni tribes.

As for the death of Russian General Valery Asapov who was struck dead during enemy shelling at his C2 post, it’s curious that the shot that murdered this high-profile Russian officer was made with such deadly precision. There’s no chance that one could land such a shot without access to satellite and air photos. It’s hardly a secret that the Islamic State (ISIS) has no access to this level of reconnaissance assets, but Washington does.

Moreover, a detachment up to 6.000 militants could not approach Deir ez-Zor from the southeast unnoticed. Such a force would be inevitably detected by US-coalition aircraft and satellites. But Washington appear to have been indifferent in transferring this information to the Russian military command, since the United States was pursuing several goals other than fighting ISIS, including:

However, Washington hasn’t simply assisted ISIS by concealing reports about the movements of their forces to Deir Ez-Zor, but also struck a deal with Sunni tribes ensuring that ISIS can cross their lands unreported and unopposed.

Therefore, Damascus had to urgently transfer sections of its Idlib-Khama front, including some of its best forces, to rapidly organize a defense along the strategic road between Palmyra – Deir ez-Zor. On the night of September 30, a total of 800 men and 50 tanks of the Syria’s elite Tigers force arrived to Palmyra. Apparently, the command of the Syrian Armed Forces perceived the threat of a militant assault on the city as inevitable.

The Islamic State had already released a report on its website indicating that its militants managed to destroy two Syrian military jets stationed at the T-4 base. A brief look at the map of Syria indicates the above mentioned airbase is to be found in the city of Tadmur, only a couple of miles away from Palmyra. That also means that militants are approaching Palmyra from the west. Should they continue to do so, the Syrian government will have little choice but to transfer troops from other fronts, including some of the most battle-capable units, now needed to defend Palmyra, which will reduce efforts to restore security nationwide.

This has worked well in ISIS’ favor. Moreover, all US-coalition aircraft have ceased patrols over the Euphrates river, which means that ISIS has the ability to launch offensives in this area as well. By scattering their forces across a narrow 60-miles long front, militants have considerably reduced the effectiveness of air strikes carried out by both Syrian and Russian military aircraft, especially with the Russian air corps being heavily employed near the Idlib area.

Mere days after the launch of an ISIS offensive, the Kurds began seizing oil fields along the east bank of the Euphrates river. It was reported that they occupied the Jafra oil field, heading to the largest oil field in Syria – al-Omar. While the US demonstrates its utter lack of cooperation with its Syrian and Russian “partners” in the fight against terrorism by freezing all military flights across the west bank the Euphrates river for at least a week, granting ISIS a massive area of operations, the east is occupied by SDF forces, forcing Damascus to abandon its plan of regaining control over its own oil fields and instead focusing on its efforts on eliminating ISIS forces.

Simultaneously, Turkey began occupying certain parts of Syria’s Idlib province. Ankara pursues the same goal as before – the creation of a buffer separating Kurdish enclaves in Syria from the Turkish territory. Erdogan appears disinterested in Washington’s plans to balkanize Syria, but at the same time he has no intention to discuss the buffer zone he is now creating in northern Syria.

In the meantime, in the south of the Syrian Arab Republic, ISIS continues attacking Syrian positions in a series of hit and run engagements For instance a small contingent of 100 militants captured the town of al-Qaryatain west of Palmyra three times over the period of just two days. During their first assault they would capture a total of 20 pro-government Syrians and execute them hours later.

If one is to take into account the fact that it’s a remote city that is far away from any major engagements, while the group operating in this particular area represents one of the many reactivated sleeper cells ISIS maintains, one can begin to comprehend difficulty Damascus has in coordinating its forces wisely. In just two days of ongoing skirmishes Syria lost more that 500 soldiers. At the same time, Syria’s foreign allies including Hezbollah, Afghan volunteers and Shia soldiers of the Army of Mahdi are suffering equally serious losses. There’s almost no reports coming from Al-Qaryatayn, where Syrian forces are fighting ISIS militants from an elite unit.

It wouldn’t be an exaggeration to state that the situation remains extremely complicated in Deir ez-Zor. Clashes occur both in the outskirts and within the city itself, but ISIS militants are almost exclusively attacking the positions where Russian military advisers can be found. The plan of action that the Islamic State has is clear, with the terrorist force taking every effort to capture Palmyra in an attempt to relieve ISIS militants surrounded elsewhere.

In this  difficult situation that Russia, Iran and Syria find themselves in due to Washington’s cunning plan, ISIS militants are clearly counting on their luck. Theoretically, Damascus can return the situation under its control if it manages to stall the terrorist offensive in the foreseeable future. But in order to achieve this goal, Damascus has to manage whatever forces it has wisely.

Military experts argue that the Kurds will reach the Khabur River and stop there to take a better look at what the Syrian military will be able to achieve on the west bank of the Euphrates.

Apparently, they are waiting for when the government forces to head for Mayadin. After all, Washington has made it clear to the Kurds that it doesn’t simply want them to occupy oil fields, but also prevent Damascus from establishing control of the Syrian-Iraqi border and block the route along which Iran could send troops and equipment to Syria.

This is by far the most important goal in Syria today from Washington’s point of view. Iranian Foreign Mohammad Javad Zarif wasn’t particularly picky with words when he stated that Washington is eager to cooperate with any force, including ISIS, in a bid to prevent the Syrian army from securing the border with Iraq, which would create a land supply bridge from Iran to Syria.

There can be hardly any difference of opinions about what the US is trying to do in Syria. In fact, it’s trying to stab its partners in the fight against terrorism in the back simply because it somehow fits Washington’s own immediate interests. Western attempts to get Moscow drawn even deeper into the Syrian war is a part of ongoing attempts to undermine Russia’s economic situation, all on the eve of upcoming presidential elections.