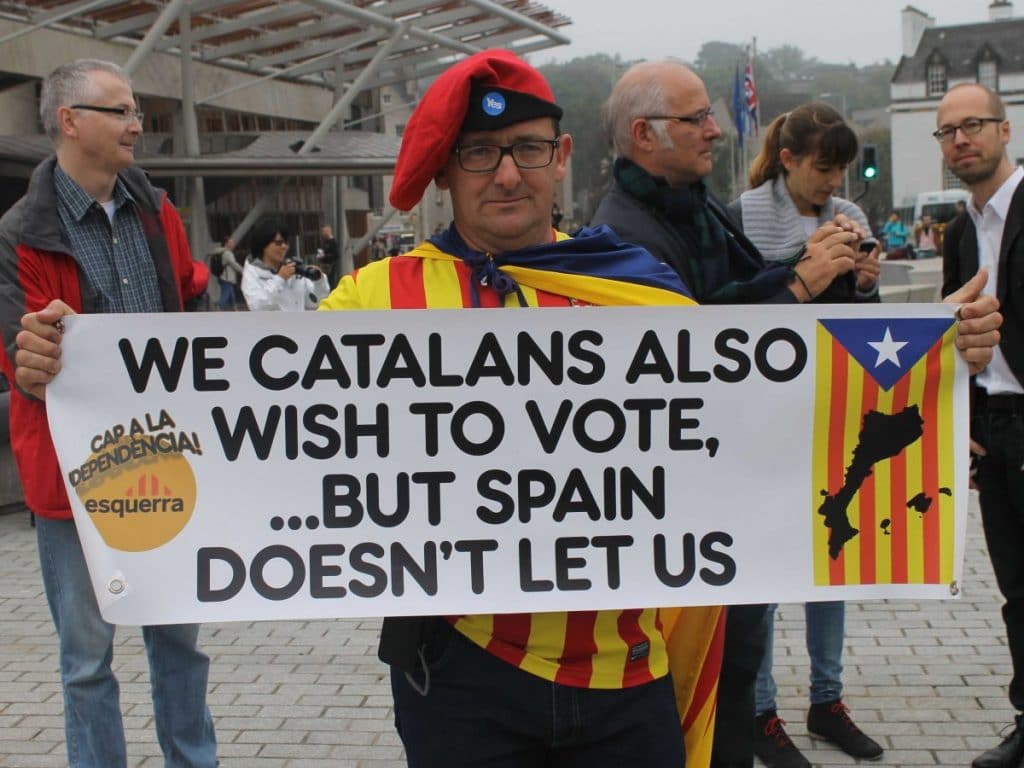 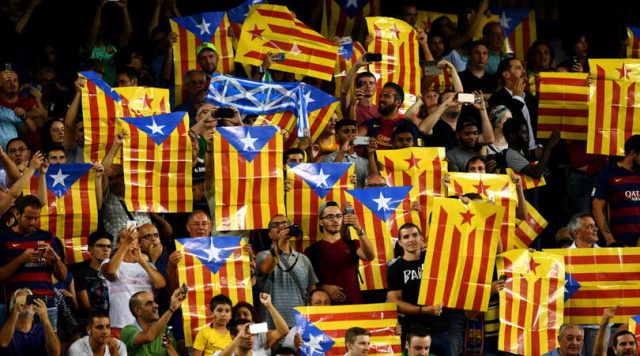 … by Alla Piece, for Veterans Today

[ Editor’s Note:  Alla Pierce made her way to Barcelona to be on the street for the eye witness report she has for us below.  It is always a treat to have someone on the ground for an historic event like this.

Barcelona is on strike today, but that is not enough if the rest of the country does not also strike to show support against the Federal Police beating of the peaceful referendum protesters. And so far it looks like the EU is staying quiet, not wanting to say anything that could encourage other separation movements.

We will watch to see where the Catalonians take their political struggle next. Whatever they do it has to be something that will gather wider support, something hard to so when they subsidize the rest of the country who prefer that situation just fine … Jim W. Dean ] 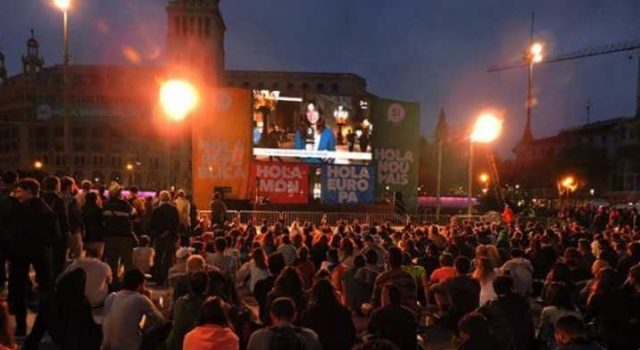 Sometime ago, I was fortunate enough to have an opportunity to talk with the Academician Grigoriy Afanasyan, a Karabakh thinker and philosopher. He declared that the world is going through a period of global transformation – old associations and unions collapsing, giving birth to new orders. The Earth as a living organism tries to get rid of unnecessary ballast, and this is the way of its renewal and the proliferation of life. 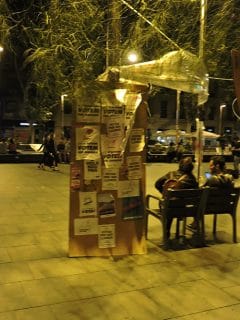 This process has already begun and it cannot be stopped. The breakaway states will still unite or join other countries, but they will already have new alliances. Crimea, Nagorno-Karabakh have always felt themselves as foreign bodies in the atmosphere of a foreign country imposed upon them, but when pogroms began in Azerbaijan or the Nazis in Ukraine came to power, these regions – one of which returned home to Russia and the other declared independence and now lives in a tense atmosphere where war can breakout at any time.

Catalonia has a long history of its independence movement. It survived through the times when persecutions against them were carried out, including bans on the Catalan language.

Catalans remember the falling of the republic in 1714 under the Bourbons and supression in the days of Franco. And now, when Madrid sent Guardia Civil to Catalonia, the Catalans said, “They sent those whose grandfathers were killing our people, and now they came here to kill us.” Guardia Civil participated in brutal repressions and executions on the side of the Francoists during the civil war of 1936-1939 years.

And now, again, the police have reconfirmed its inglorious reputation. The people in Catalonia conducted their referendum peacefully and there was no need for such brutal action. More than 800 wounded – this is a seriously shocking figure. Although the Catalans were ready for possible violent actions from the side of police, nobody expected it to such a degree.

I arrived in Barcelona on the Sept 30th and did not feel any tension in the city. Some people said that they will go to a referendum, others were not sure of that. I was told that the voting will take place in schools, the university and it is desirable that there should be as many people as possible to be able to resist police attacks. Madrid took all measures to ensure that the referendum would not take place.

Investigations, arrests, and seizing ballot boxes accompanied the preparation for this event.  That night I saw torn posters with calls to say ‘si’ on the streets of Barcelona. Nevertheless, the referendum took place. Sometimes people voted in the premises without light, where assistants helped them with the flashlights.

On Oct 1st police were everywhere and their helicopters were flying in the sky. “Take pictures of them from here”, said Ann, a woman from New-York, whom I met on the street and who helped show me around. ”They don’t allow pictures to be taken but from here we can do it. You see, usually they are in green uniform but today they are in black’”, she said.

The Spanish authorities gave their police the command to suppress. In one of the villages, where only 50 people live, 40 policemen were deployed.

Georgina Cámpiz, journalist of one of the Catalan’s channel, kindly provided me with some videos and photos, which we’ll use for this report.

The Police of Catalonia, in turn, along with firefighters, tried to provide a protective cover for people, by standing in front of them, separating them from the Spanish police. Later, on the Pl Catalunya people met them with loud applause.

That night, I stood on Pl Catalunya together with the inhabitants of the city and looked at the large screen, where all the latest news was rejoiced. We saw protests in Madrid itself, supporting the Catalans. The number of victims sent shockwaves even among the Spanish.

Rajoy, the President of Spain, repeated that the referendum was illegal. If so, why then suppress so brutally the participants of the action that do not have any jurisdiction, and after that lie that there was no violence?

Repressions always bring new life to more protests. I came to Barcelona, with an absolutely neutral attitude to what is happening, but this night I repeated after the protesters “Disgrace to Madrid”.