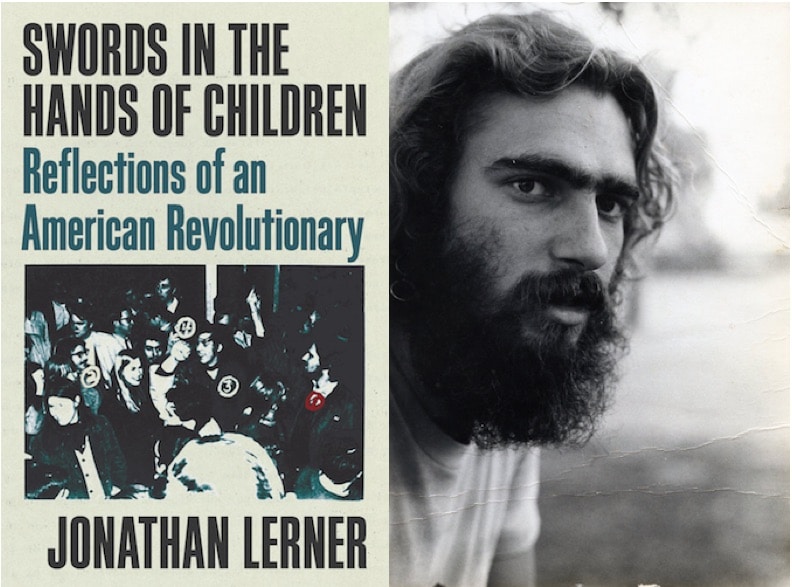 Thorne Dreyer’s guest on Rag Radio is Jonathan Lerner, author of Swords in the Hands of Children: Reflections of an American Revolutionary.

Jonathan Lerner is a veteran of first SDS and then the militant Weather Underground that grew out of SDS. In this memoir, Jonathan is very critical of the group that bombed buildings across the country, including the Pentagon, the U.S. Capitol Building, and the U.S, State Department. His memoir also deals with his difficult reality as a closeted gay man in this environment.

“Swords in the Hands of Children is the true story of an intellectually adventurous gay man immersed in the macho, misogynistic and confrontational environment of the Weather Underground.” — OR Books

Jonathan Lerner dropped out of Antioch College and became a full-time activist on the staff of Students for a Democratic Society (SDS), the principal organization of the New Left. He was a founding member of the militant Weatherman faction, which took over SDS in 1969, and editor of its newspaper Fire!. He remained a member of the Weather Underground, while it carried out a campaign of bombings, until its demise in 1976. He is the author of the novels Caught in a Still Place and Alex Underground, and is a journalist focusing on architectural, urbanist, and environmental issues. He now lives in New York’s Hudson Valley with his husband, Peter Frank.

“Lerner’s memoir is as withering a takedown of the group as its title suggests. It is a must read for anyone — young or old — inclined to see the Weatherman as right on, or badass, or as pioneers of a form of political struggle useful for the United States’s future. Lerner was there. He now sees the weather very differently. And he wants you to know how and why, no matter his risk of embarrassment or of being judged a turncoat…” — Jeremy Varon, Los Angeles Review of Books

Rag Radio is produced in the studios of KOOP 91.7-FM, an all-volunteer, cooperatively-run, solar-powered community radio station in Austin, Texas, in association with The Rag Blog and the New Journalism Project, a Texas 501(c)(3) nonprofit. The host and producer of Rag Radio, Thorne Dreyer, is a prominent Austin-based activist and writer who was a pioneer of the ’60s underground press movement. The show’s engineer and co-producer is Tracey Schulz and the staff photographer is Roger Baker. The syndicated show is broadcast (and streamed) live Fridays, 2-3 p.m. (Central) on KOOP, and is later rebroadcast and streamed on WFTE-FM in Mt. Cobb and Scranton, PA., on Houston Pacifica’s KPFT HD-3 90.1, and by KKRN, 88.5-FM in Round Mountain, CA — and as a featured podcast at Veterans Today. The Rag Radio archives can be found http://archive.org/search.php?query=creator%3A%22Rag%20Radio%22&sort=-date.