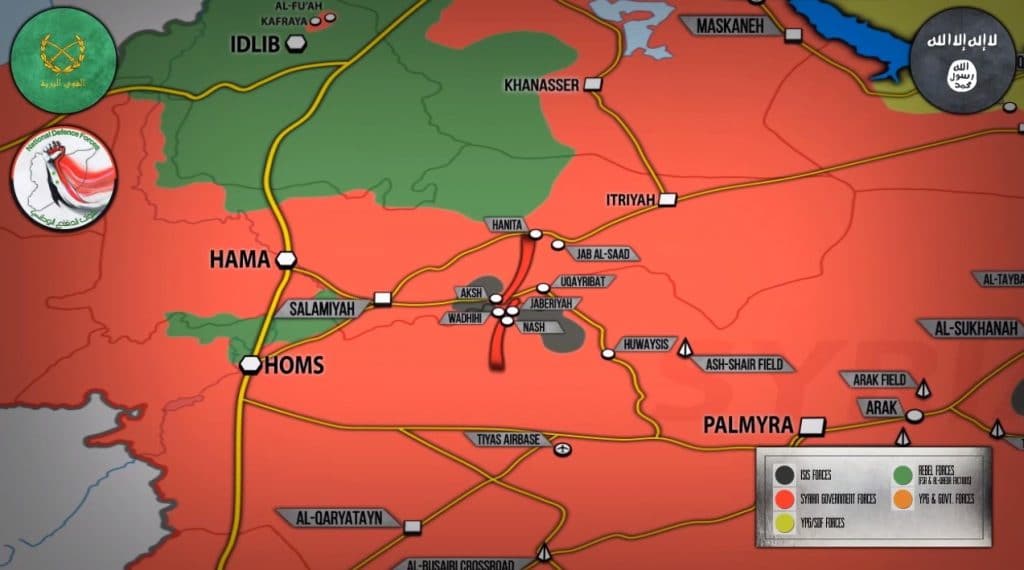 Syrian government forces have liberated the villages of Aksh, Jaberiyah, Wadhihi and Nashimi and divided the ISIS-held pocket in eastern Salamiyah into two separate parts. Now, the army and its allies are able to defeat the remaining ISIS units one by one.

The ISIS-linked news agency Amaq released a video showing “two Russians” that ISIS had allegedly captured in late September during clashes near the village of al-Shulah located on the Palmyra-Deir Ezzor highway.

According to the ISIS video, their names are Roman Zabolotniy (born – 1979) and Grigory Surkanov (born – 1978). However, they do not look like Russian soldiers and are much older than the common service members of the Russian military involved in the operation in Syria.
They could be private military contractors or members of some pro-government faction. Most likely, they are civil employees for the Assad government. Therefore, they are not combatants.

The Russian Ministry of Defence refuted the ISIS claims and said “there have been no incidents linked with any capture of prisoners or entailing losses among Russian servicemen either in the province of Deir ez-Zor or in any other Syrian province.”

Meanwhile, northeast of the city of Deir Ezzor,the US-backed Syrian Democratic Forces have captured Wasiyah, Jiriyah and some nearby points from ISIS. Clashes are still ongoing near Badawi al Jasir.

After over 6 years of war in Syria, Israel has found that something is not going along with their vision of the situation.

“I see a long international queue lining up to woo Assad, including Western nations, including moderate Sunnis. Suddenly everyone wants to get close to Assad. This is unprecedented. Because Assad is winning, everyone is standing in line,” the minister said adding that Israel is now “faced with the Russians, Iranians, and also the Turks and Hezbollah. The public does not know everything and it’s a good thing, but it’s an investment and an effort 24 hours a day, seven days a week.”