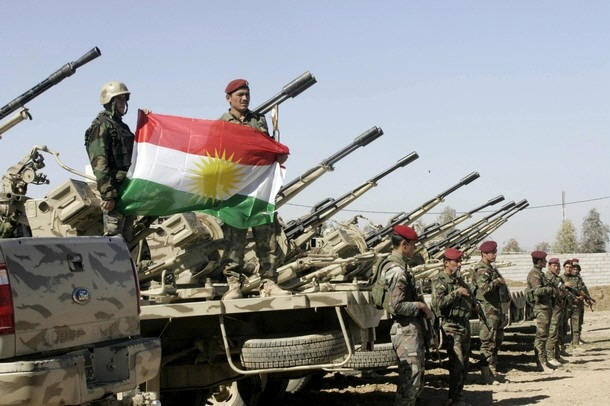 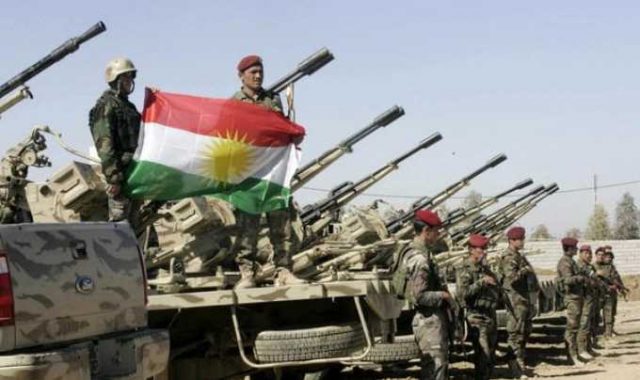 [ Editor’s Note: This is an interesting story on the surface, and then again not. The Obama administration’s paying the Peshmerga salaries was support for its fighting at the height of the ISIS conflict in Iraq.

But with the Trump administration seeing the emerging defeat of ISIS in Iraq, and with little fighting going on now, the original purpose for the funding no longer exists.

So yes, the US also had on the table that it was against the Kurdish referendum and could act as though the discontinued funding could have been tied to a referendum vote, but it seems not.

Equipment funding still continues, with Barzani able to buy Israeli weapons with US taxpayer money. This puts the Pentagon in the position of supporting the Israeli weapons industry – something it has done for a long time – political corruption in Congress paying back the Israel Lobby for its monetary support. Imagine that.

We don’t hear a peep out of the US over Israel’s support of an independent Kurdistan, which some would view as an indication of US support. Sure, the US is on the record for not wanting any internal strife to derail the battle against ISIS, but the real slow down seems to have happened for other reasons.

While the Iraqi army and the Popular Militias have plenty of forces to sustain two major offensives at once, it is only doing one in Hawija, where it just took the main town. The offensive to re-take the Syrian border, especially opening a major front at the important Al-Bakumal crossing, might only have 1000 troops involved, and is moving at a snail’s pace.

The rest of the army seems to be on vacation while Syria still twists in the wind, when ISIS should have been crushed in a pincer movement between the SAA and Iraqi forces, and the SDF Kurds would not be in eastern Deir-Ezzor now, where they might end up controlling the Iraqi border much further south.

This was different from the claims we heard several months ago from Baghdad that it would support anti-ISIS operations in Deir-Ezzor to make sure that a retreating ISIS was not pushed into Iraq. That has turned out to be empty talk… Jim W. Dean ]

After a year long agreement came to an end, a military force of the Iraqi Kurdistan Regional Government (KRG) is no longer paid by the Pentagon. Back in July 2016 the Obama administration had agreed to pay salaries to 36,000 Kurdish fighters battling ISIS in Iraq.

The agreement was expected to be renewed over the summer, yet US and Kurdish officials say that talks stalled since the KRG pursued a divisive independence referendum and the ISIS presence in the region began to collapse.

Peshmerga accuses the Donald Trump administration of withholding support because of opposition to the September referendum. The US has taken Baghdad’s side in the dispute and refused to recognize the results, which were overwhelmingly in favor of Kurdish independence.

According to US Department of Defense spokesman Eric Pahon, the Pentagon had no plans of renewing the agreement for months prior to the contentious Kurdish independence vote.

In May the Pentagon released a budget request for fiscal year 2018 that assumed that the agreement would be renewed this past summer. The request for the fiscal year that started October 1 calls for $270 million for Peshmerga stipends and $95 million for “sustainment,” 26% more than the $289.5 million requested for fiscal 2017 during Obama’s last year in office. In addition to providing stipends the budget request includes provision of weapons, ammunition, food, fuel, mobility assets, and sustainment support to the peshmerga.

Pahon said the budget is “not a static entity” and is expected to go through “tweaks and changes to match current operating conditions.” However Pahon claims the Pentagon did not stop supporting the Peshmerga with training and equipment.

Congress has also weighed in on the issue. A provision in the House of Representatives’ annual defense bill released in June threatened to cut funding for the peshmerga if the KRG decides to split from Baghdad, a clear signal to Erbil ahead of the referendum.

Separately, the Trump administration authorized a military sale in April worth nearly $300 million to equip two Peshmerga brigades and arm them with 36 howitzers and small arms. Sources in Erbil say those weapons have yet to arrive.

The United States does not recognize the independence referendum as legitimate.