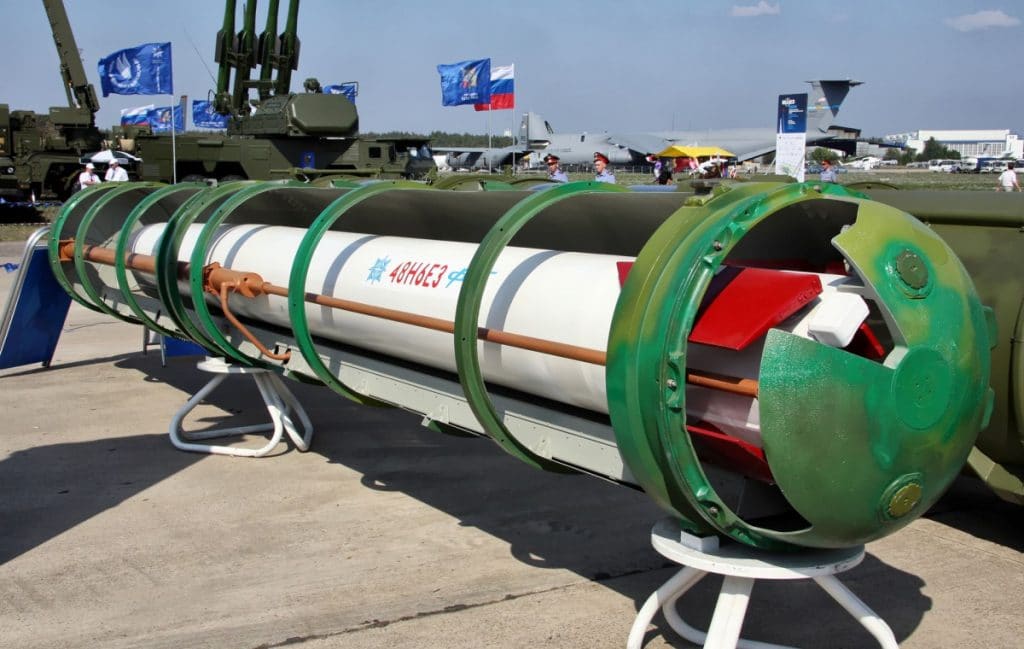 Turkey, which has the second largest army in NATO, has been cooperating with Russia in Syria against Washington’s interests since last year and has recently placed an order for the Russian-made S-400 missile system.

Similarly, the Saudi King Salman, who is on a landmark state visit to Moscow, has signed several cooperation agreements with Kremlin and has also expressed his willingness to buy S-400 missile system.

Another traditional ally of Washington in the region, Pakistan, has agreed to build a 600 mega-watt power project with Moscow’s assistance, has bought Russian helicopters and defense equipment and has held joint military exercises with Kremlin.

All three countries have been steadfast US allies since the times of the Cold War, or rather, to put it bluntly, the political establishments of these countries have acted as virtual proxies of Washington in the region and had played an important role in the collapse of the former Soviet Union in 1991.

In order to understand the significance of relationship between Washington and Ankara, which is a NATO member, bear in mind that the United States has been conducting air strikes against targets in Syria from the Incirlik airbase and around fifty American B-61 hydrogen bombs have also been deployed there, whose safety became a matter of real concern during the failed July 2016 coup plot against the Erdogan administration; when the commander of the Incirlik airbase, General Bekir Ercan Van, along with nine other officers were arrested for supporting the coup; movement in and out of the base was denied, power supply was cut off and the security threat level was raised to the highest state of alert, according to a report [1] by Eric Schlosser for the New Yorker.

Similarly, in order to grasp the nature of principal-agent relationship between the United States on the one hand and Saudi Arabia and Pakistan on the other, keep in mind that Washington used Gulf’s petro-dollars and Islamabad’s intelligence agencies to nurture jihadists against the former Soviet Union during the Cold War.

Similarly, the United States lent its support to the militants during the Libyan and Syrian civil wars, but after achieving the policy objectives of toppling the Arab nationalist Gaddafi regime in Libya and weakening the anti-Israel Assad regime in Syria, the United States relinquished its blanket support to the militants and eventually declared a war against a faction of Sunni militants battling the Syrian government, the Islamic State, when the latter transgressed its mandate in Syria and dared to occupy Mosul and Anbar in Iraq in early 2014.

The United States regional allies in the Middle East, however, are not as subtle and experienced in Machiavellian geopolitics. Under the misconception that alliances and enmities in international politics are permanent, the Middle Eastern autocrats keep on pursuing the same belligerent policy indefinitely as laid down by the hawks in Washington for a brief period of time in order to achieve certain strategic objectives.

For example: the security establishment of Pakistan kept pursuing the policy of training and arming the Afghan and Kashmiri jihadists throughout the eighties and nineties and right up to September 2001, even after the United States withdrew its support to the jihadists’ cause in Afghanistan during the nineties after the collapse of its erstwhile archrival, the Soviet Union.

Similarly, the Muslim Brotherhood-led government of Turkey has made the same mistake of lending indiscriminate support to the Syrian militants even after the United States partial reversal of policy in Syria and the declaration of war against the Islamic State in August 2014 in order to placate the international public opinion when the graphic images and videos of Islamic State’s brutality surfaced on the social media.

Keeping up appearances in order to maintain the façade of justice and morality is indispensable in international politics and the Western powers strictly abide by this code of conduct. Their medieval client states in the Middle East, however, are not as experienced and they often keep on pursuing the same militarist policies of training and arming the militants against their regional rivals, which are untenable in the long run in a world where pacifism has generally been accepted as one of the fundamental axioms of the modern worldview.

Regarding the recent cooperation between Moscow and Ankara in the Syrian civil war, although the proximate cause of this détente seems to be the attempted coup plot against the Erdogan administration in July last year by the supporters of the US-based preacher, Fethullah Gulen, but this surprising development also sheds light on the deeper divisions between the United States and Turkey over their respective Syria policy.

After the United States reversal of “regime change” policy in Syria in August 2014 when the Islamic State overran Mosul and Anbar in Iraq in early 2014 and threatened the capital of another steadfast American ally, Masoud Barzani’s Erbil in the oil-rich Iraqi Kurdistan, Washington has made the Kurds the centerpiece of its policy in Syria and Iraq.

Bear in mind that the conflict in Syria and Iraq is actually a three-way conflict between the Sunni Arabs, the Shi’a Arabs and the Sunni Kurds. Although after the declaration of war against a faction of Sunni Arab militants, the Islamic State, Washington has also lent its support to the Shi’a-led government in Iraq, but the Shi’a Arabs of Iraq are not the trustworthy allies of the United States because they are under the influence of Iran.

Therefore, Washington was left with no other choice than to make the Kurds the centerpiece of its policy in Syria and Iraq after a group of Sunni Arab jihadists transgressed its mandate in Syria and overran Mosul and Anbar in Iraq in early 2014 from where the United States had withdrawn its troops only a couple of years ago in December 2011.

The US-backed Syrian Democratic Forces, which are on the verge of liberating the Islamic State’s de facto capital, Raqqa, and are currently battling the jihadist group in a small pocket of the city between the stadium and a hospital, are nothing more than the Kurdish militias with a symbolic presence of mercenary Arab tribesmen in order to make them appear more representative and inclusive in outlook.

Turkey, on the other hand, has been more wary of the separatist Kurdish tendencies in its southeast than the Iranian Shi’a threat, and particularly now after the Kurds have held a referendum for independence in Iraq despite the international pressure against such an ill-advised move.

Finally, any radical departure from the longstanding policy of providing unequivocal support to Washington’s policy in the region by the political establishment of Turkey since the times of Mustafa Kemal Ataturk is highly unlikely. But after this perfidy by Washington of lending its support to the Kurds against the Turkish proxies in Syria, it is quite plausible that the Muslim Brotherhood-led government in Turkey might try to strike a balance in its relations with the Cold War-era rivals.

[1] The H Bombs in Turkey by Eric Schlosser: