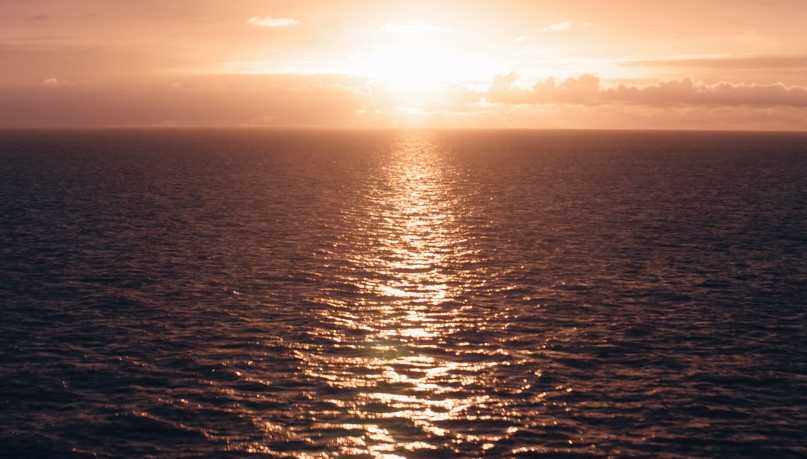 Lost at Sea  –  from Breakwater Studios

[ Editor’s Note: Many in the VT network family know what it’s like to be in a bad spot. Some have been in many bad spots. And yes, some situations where you were thinking, “Well…this is it. I screwed up, and now I’m going to have to pay the piper.”

Those that live can relate three categories of survival. The other guy made a mistake, so he didn’t get to go home.

You reached down deep into your training and pulled a rabbit out of the hat and creatively figured you way out. Or you just had someone step in and save your ass, sometimes out of the blue… which can be the mostly humbling outcome of all, if they risked their lives to do it, and even more humbling if they were strangers. Gordon Duff can tell you one of those stories.

Bill Durden’s story is a mix of two and three. A navy vet, he knew he was in a world of hurt having fallen out of his boat when it was not in neutral, and had to watch it motor away without him, 25 miles from short.

He reached down deep, real deep, and became determined not to die, without a life vest, nothing to hang onto, and knowing he had all night to spend in the ocean, at least. Conserving one’s energy, not panicking, and mentally being able to go to that happy place somewhere to avoid the mental-physical drain that can happen fast under intense trauma – that can buy you the extra time you need for good luck to find you. Bill was lucky, but he had to earn it, by not being a floating corpse when the chopper found him.

We salute Charles Schwab for funding Breakwater Studios to produce short films like this, as it has a message that will have a long shelf life. We thank Bill for being willing to go back into the water, to take us all there.

VT’s contribution is to hunt and find, and bring you things that we all can learn from. Bill Durden will give you a lesson below on how having a positive attitude can determine whether you will sink or swim, literally in his case.

The Veteran community is filled with people who are only alive because they refused to give up, and we salute them all – no matter if it was surviving combat, PTSD, or a suicide attempt. Our job here, the main one, is to see to it that their lives are not thrown away being sent out on a bad mission; and we have had too many of those, I’m afraid… Jim W. Dean ]

Bill Durden fell off his boat while fishing 25 miles off of Florida’s Gulf Coast. What happens next is hard to believe.

***Yes, Bill did all his own reenactments, one year later.***