Psalms 140:9 Keep me from the snare, which they have laid for me, and from the stumbling blocks of them that work iniquity.

I have done similar articles before in the past but it never hurts to revisit the topic of how the New World Order mindset works. They CAUSE the problem to evoke a certain reaction and then by default (of them controlling the media) they supply the “solution”. In knee-jerk like reaction the masses are bending to embrace more and more of what the New World Order wants. Recently, I was told that “maybe they really are here to help us?” Really?

The same people who openly say they want to depopulate the Planet by 90 percent? If by help you mean that they will send us to God faster than yes. Let us not be so ignorant and naïve.

We are truly at the end of the rope and one particular mystic in the Catholic Church stated that once this thread is broken than everything all at once will seemingly come apart. We are at that point. Let me go through seven areas in which the New World Order will “guide” men into the various traps (aka “solutions”) that they have laid before us.

First, epidemics. Fr. Malachi Martin gave his testimony on the 3rd Secret of Fatima and part of it involved “worldwide epidemics”. The New World Order calls this great purging of us cockroaches, the great culling’.

Undoubtedly, they plan on killing a good number of souls via this route. Fr. Malachi Martin stated specifically that “whole nations would be wiped out overnight due to epidemics”. More than likely these will be man-made. Will they be death clouds coming form the sky via chemtrails? I wouldn’t doubt it.

So here we have a problem. The world is being more and more infested and what is the reaction by the masses? Let us be protected by taking some vaccine(s). Ah! Right into the devil’s trap. Not only are vaccines dumbing down people they are paralyzing and even in some cases killing people. What better way to be able to control the masses. Those who are seeing these times clearly know what is coming. Mandatory Vaccines. Soon people will not be able to go to school or even go to their job without first being vaccinated AS THEY SAY. Time to get off the grid and out of the system.

Second, homelessness. This propaganda has really been beefed up over the past year. There are more and more laws being passed in which will limit the ability to help the poor. Why? They want the State and ultimately Antichrist Maitreya to do it

As they continue to play “god” and create more and more of these geo-storms more and more people will be homeless. How brilliant. They can even control that aspect with the weather controlling technology they have. So here we have another problem. What is the reaction (should be obvious)? We need housing! Ah! In steps in the State/FEMA. We can house you. As they are shipping people off to FEMA “housing” which those awake know are “re-education camps”.

Oh quit it Eric the government is not trying to kill us let alone try to get us to buy into their one world socialist scheme! The mindless sheeple squabble as they gobble down their GMO food with a tall glass of water loaded with Flouride. You trust a government which openly says their goal is to depopulate? Reread Scripture and you will see we are not supposed to trust in man and yet the New World Order openly says they do!

Third, Healthcare/Refugee Crisis. I have to tie these two together. There is no question that there is a funneling of the masses into a one world system across the board. Healthcare fits into the equation. If you want to receive healthcare from your provider you must play by their rules. How this exactly plays out is open for debate but make no mistake the New World Order has an agenda here as well. The problem is there is not enough good or quality healthcare. Would you take “the chip” if you knew you could get free healthcare from the one world system?

Sadly, I think a good number would and will. The reaction is we need better healthcare and obviously we have been seeing how that has been playing out over the years. As more and more are affected from all the poisons the New World Order so politely gives us they will naturally provide the solution. The solution is just take “our mark”. Take the chip and you can have all the free healthcare you want. Just bow down to our False Messiah and you can even buy or sell too so you can buy the GMO food we put out there. That is just how charitable we are (cough, cough).

In addition throw the “security” issue into the mix in regards to the propaganda being built for the taking of a “chip”. We have “refugees” running loose everywhere who are spreading disease to boot. We need tighter security. If we had a “chip” system we could ultimately protect you better (cough, cough). Or how about online security problems with credit cards or social security numbers. They will capitalize on “hacking” issues to say WE HAVE A BETTER SYSTEM THAN THE ONE IN PLACE. All to better help you (of course). These evil men are brilliant and know how to achieve their ends while presenting their solutions as “an angel of light”.

Fourth, violence (threat of world war & “fundamentalism”). The problem is violence to these pacifist heretics. They are trying to rewrite Catholic doctrine saying violence and war is never justified. This is completely false as proper Catholic doctrine dictates. You can defend yourself, your family and even your Faith. The Crusades were more than justified and quite frankly we need a new one. Getting back to the point. So the new “John Lennon” One World Religion needs a backdrop in order to be solidified. Have you noticed that in our country too. Trump puppet is running around preaching a false unity which is based upon the heretical religious liberty principle this country was founded upon.

We are controlled by Jews who use Free Masonry as their front in order to solidify their agendas. Cant we all just get along? Well yes this is what Jesus wanted but it must be rooted in Him and the Faith He left behind (Catholicism). Any other supposed “unity” will fail and fail miserably. Back to the point. So we have all these false flags happening around the globe which are evoking a response by the masses which indicate “we need greater protection”. How people don’t see that we are becoming more of a police state on a daily basis is beyond me. Silly me I forgot they are here “to help us” though. The control of the media is so crucial to all of these areas but this one specifically because it truly works off of fear.

Threat of nuclear war is not only leading us to more of a police state is solidifying the One World Religion. That is my point. The endgame of this section is the one world religion where everyone is “okay” with God no matter what they believe. Heck you don’t even have to believe in God to have your share of the pie. This is not God’s plan but Lucifer’s. Folks, these daily events don’t happen by chance they are long planned out in advance.

Fifth, Economic inequality/social justice. We have seen the Masonic NFL in action lately beefing up the latest propaganda for social equality in this country. Please remember the Antichrist will be the ultimate Social Justice (humanitarian) warrior. The world is being built up with all these agendas for his arrival. Now this propaganda is spreading from the NFL, to the NBA, MLB to various celebrity puppets even Francis Puppet in the Vatican has been clamoring social justice for quite some time.

The supposed problem is there is no equality (Masonic vomit). The reaction is, of course, we need “social justice”? The answer is worldwide socialism in which “sharing” will be the keyword being tossed about. I warned about this a year ago that this term would be used from the top of the Vatican and it has already come to fruition. They need the middle class to disappear so that they can better control us. They want us all poor and Pope St. Pius X warned about this One World system in the early 1900’s. “I say, of all this, it is frightening to behold new apostles eagerly attempting to do better by a common interchange of vague idealism and civic virtues. What are they going to produce?

What is to come of this collaboration? A mere verbal and chimerical construction in which we shall see, glowing in a jumble, and in seductive confusion, the words Liberty, Justice, Fraternity, Love, Equality, and human exultation, all resting upon an ill-understood human dignity. It will be a tumultuous agitation, sterile for the end proposed, but which will benefit the less Utopian exploiters of the people.

Yes, we can truly say that the Sillon, its eyes fixed on a chimera, brings Socialism in its train.” (read the whole expose )

Remember the New World Order utilizes the masonic principle of “liberty of conscience” to their advantage and now error and evil has the same “rights” as Truth! 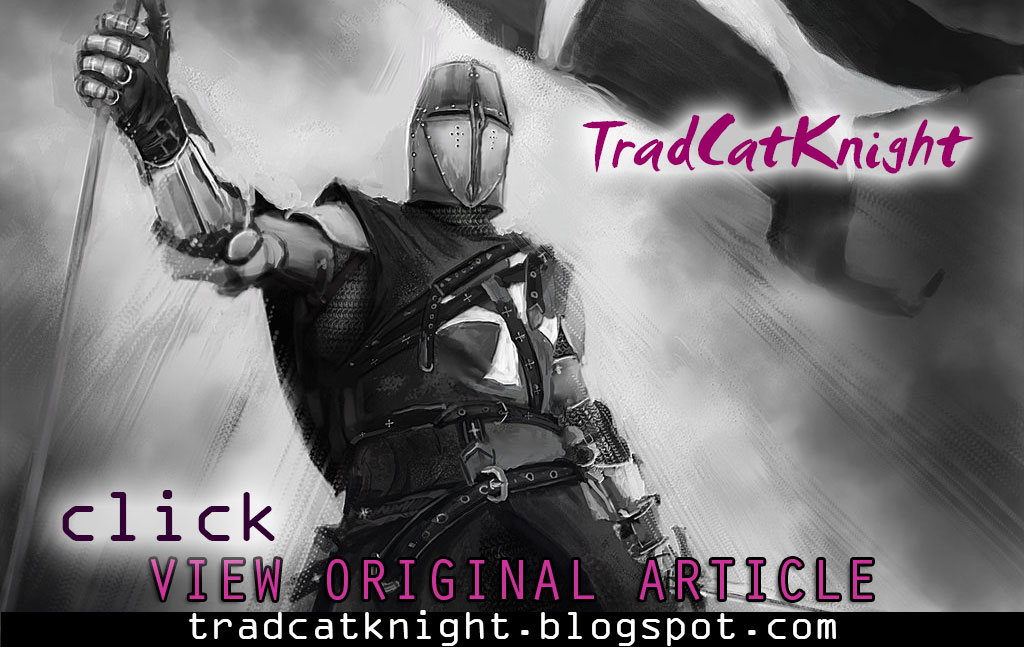