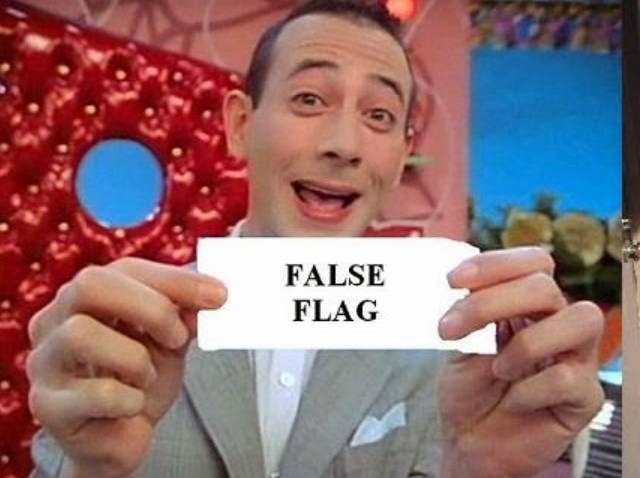 The video above proves, scientifically and categorically that there was a 2nd shooter in Las Vegas.  Many have gotten it right and Google is taking down the videos and blocking the reports.  We believe they do it because we are open to this:  We believe Google Jigsaw, the military  arm of Google, may well be complicit.  No, VT is not kidding, we have found their trail in the Paris attacks, in recent and earlier Sarin attacks in Syria, and we find their agenda, crushing “non-Google approved news” to also be involved in covering up crimes.

This attack is simple.  Thus far we have at least two shooters, proven scientific analysis despite the fact the FBI has withheld the mass of forensic data involving wounds, impacts, faulty brass counts and location of video/audio recordings.  What we have shows the FBI has lied, not even close.

I work as a criminal investigator on areas as diverse as terror attacks and airline crashes.  Clients are usually governmental and the experts are, often as not, former FBI, long time friends from the agency.  We disproved 9/11, we disproved Ghouta, we disproved MH17, the Maidan snipings, murders in the UAE, terror bombings in a dozen nations, disproven but not declassified.

Suffice it to say, everything in print, and everthing allowed by Google is a lie.  Why are we after Google?  What if you investigated crimes over and over and you found a “Moriarity” character much as with the nemesis of literary character, Sherlock Holmes.  For us, Google is Melville’s great white whale, the Morarity or Ian Fleming’s Spectre but in real life.  Problem is, they are so much larger, their evil unimaginable, capable of nuclear terrorism and even more capable of placing blame on others.

We gave them this power, the “them” that does exist, a complex organisation of tech giants, all with ties to a single security agency, the Mossad.

A few months ago, I worked a criminal trial involving our state police and their forensics lab.  What I found was shocking.  They did no science, they simply wrote up a conclusion first, made up phony science to back it up, performed no tests, gathered no data and expected no one to doubt them.  Lawyers and judges are totally complicit in this, that police don’t really do forensics, they don’t test DNA or blood splatter or acoustics and when challenged, either back down, let the accused go, or deal the case down to nothing to avoid an appeal.

The whole criminal investigative system in the US, FBI downward, is all made up.  I’ve seen it first hand, I’ve confronted it first hand as well.  Sometimes the accused are guilty, but if they aren’t, nobody cares.

In cases like Las Vegas, our shooter is likely an FBI informant, according to our sources, likely did no shooting at all, and was murdered and his body placed at one possible very staged shooting scene.

We could be wrong but I don’t think so.g