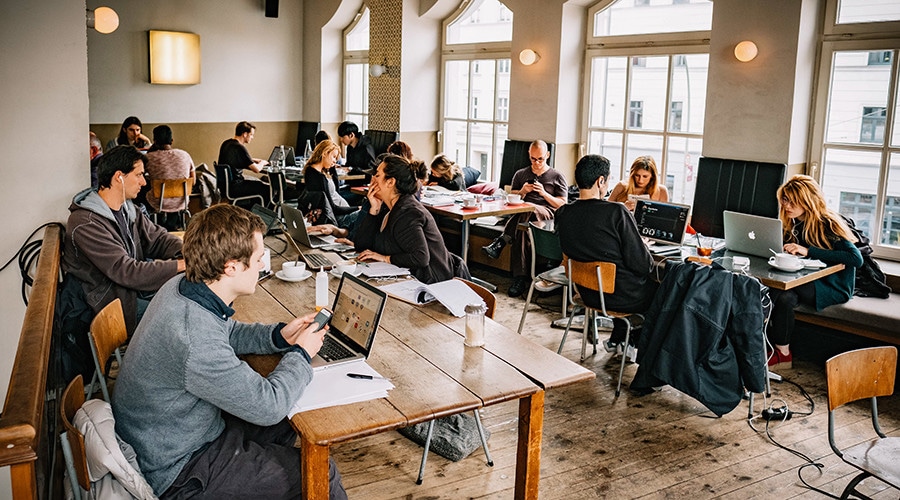 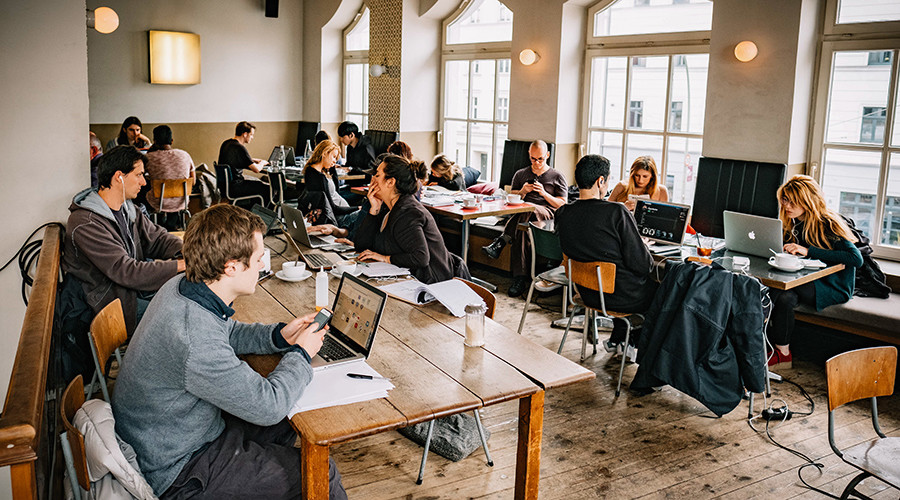 RT: American journalists are having a field day with the latest accusations of “Russian influence” in social media during last year’s presidential election. It would be great if they cared as much about how their own government tries to manipulate them online.

On July 2, 2013, the United States Congress silently legalized the use of American propaganda on the American people. Until then, there had been something known as the Smith-Mundt Act of 1948, which prevented the government from broadcasting its propaganda aimed at foreigners within the US itself. A bipartisan amendment to the 2013 defense authorization bill undid that — and so the ban on dissemination of propaganda produced by the US State Department and the Broadcasting Board of Governors (BBG) was no more. 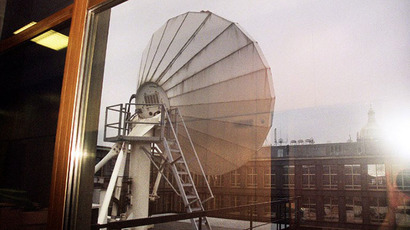 US ends ban on ‘domestic propaganda’

What’s interesting about this is that the very people in Congress who are complaining night and day about the nefarious influence of Russian propaganda actually don’t have a problem with American citizens being targeted with fake news and propaganda at all — just so long as it’s coming from their own government.

What’s more, since this amendment was tucked into the defense authorization bill with relatively little fuss being made, one can assume that journalists charged with disseminating the real news aren’t too bothered by it either.

The coverage it did receive was amusing in that journalists appeared to be completely fine with disseminating pro-US government propaganda to foreign audiences, which is precisely what they accuse Russia of doing, and which they pretend to find so uniquely heinous.

One concerned Pentagon official who spoke to BuzzFeed about the amendment said it gave the government sweeping powers to push propaganda on the American people with no oversight. He worried the government could circulate information domestically that is “entirely false.”

While that’s not exactly a shocker to anyone who has ever watched a White House or State Department news briefing, it’s interesting because it’s a pretty clear admission from a Pentagon source that the US does spread “entirely false” information abroad. Not a shocker either, but given some recent reportage on Russian influence in the US, it’s pretty clear that many American journalists either don’t care or are completely blind to the role their own government plays in the politics of foreign nations.

Now, I don’t want to give the impression the US government only started using domestic propaganda in 2013. That’s just when they made certain types of it legal. In reality, they were doing it long before then. The best example is Operation Mockingbird — a Cold War project wherein the CIA allegedly supported journalists at major American news publications as part of its propaganda war against the Soviet Union. One CIA operative told the Washington Post that you could get a journalist “cheaper than a good call girl, for a couple hundred dollars a month.”

In 1977 investigative reporter Carl Bernstein wrote that more than 400 American journalists over the previous 25 years had secretly carried out assignments for the CIA. Many times this was done with the consent of the management at top news organizations. The CIA even ran a training program teaching its operatives how to be journalists before planting them at newspapers and broadcasters.

This is worth remembering when we look at the self-righteousness spewing from many of the same news organizations today about the horrible scourge of Russian propaganda. We ought to remember, we’re talking about institutions which not too long ago were knowingly and actively helping the CIA disseminate propaganda not only to foreigners but to Americans who had no idea they were sitting down with their morning coffee to — quite literally — read CIA press releases in the likes of The New York Times and The Washington Post.

No such thing as shame in Washington when the subject is Russia – media executive https://t.co/OEzn11Go4Zpic.twitter.com/9tRJdkPOVy

Any consumer of American news media will be aware that journalists are up in arms about the Russian government allegedly using paid ads on Facebook and bots on Twitter to influence the American electorate not only before, but after the election to exacerbate social division.

But where was all the sanctimonious outrage in 2011 when it was revealed the US military was developing software that would allow it to secretly manipulate social media platforms using fake personas to “influence internet conversations and spread pro-American propaganda,” as reported by the Guardian at the time.

“The discovery that the US military is developing false online personalities – known to users of social media as “sockpuppets” – could also encourage other governments, private companies, and non-government organizations to do the same,” The Guardian wrote.

So, if American journalists and politicians want to blame anyone for Russia potentially utilizing social media sockpuppets to influence online conversations, they need look no further than their own military, it seems.

The US military enlisted the services of a California corporation to create the fake online personas. Under the contract, one serviceman or woman would be able to control up to ten separate fake identities worldwide — identities which would need to have their own convincing backgrounds and histories.

Of course, Centcom and the US government explain all this away, promising that they only use programs like these to counter violent and extremist enemy propaganda, but is there anyone naive enough to believe that’s truly all these sock-puppet accounts are used for?

In 2014, the US military studied and recorded the activities of people on Twitter and other social media services to understand how influenced behavior happens on social platforms. The study, which was funded by the US Department of Defense’s military research department (Darpa) went so far as to message unknowing participants to see how they responded.

The aim was for the US military to become better at detecting online propaganda campaigns — and running its own. Surprise, surprise, the official description of the study states its aim was simply to “counter misinformation or deception campaigns with truthful information.”

We know that is hogwash thanks to NSA whistleblower Edward Snowden who revealed information showing massive and wide-reaching government efforts to use social media for propaganda and disinformation. The NSA along with the British GCHQ run entire units dedicated to “discrediting” their targets online through disinformation campaigns — which include fake blog posts and emails and texts being sent to colleagues, neighbors, and friends.

In 2014, the Obama administration created a “Twitter-like Cuban communications network” which was run through shell companies to give the impression that it was a privately-owned operation, but would actually work to “undermine the communist government” in Cuba. The Cubans who used the service had no idea it was being run by the US government, which was secretly gathering their data to use for political purposes.

It is nothing short of stunning that this kind of operation is roundly ignored by American journalists who claimed to be disturbed by government manipulation of social media.

Then there are the more overt efforts at influence.

In 2009, during anti-government protests in Iran, the US State Department asked Twitter to reschedule maintenance work, so that Iranian protesters could continue to use the social media platform to get the word out about their movement. It’s hardly the most egregious of asks, but can you imagine if Twitter had scheduled maintenance time during the 2016 protests against police brutality in Ferguson and the Kremlin asked Twitter to please hold off on the downtime so that the people of Missouri could keep tweeting about inequality in America?

The Russian government would be immediately accused of “meddling” and trying to stoke racial tensions and social divides in the US. When the US does it in Iran, though, that’s not meddling, it’s simply promoting “freedom of expression.”

In 2015, The Guardian reported the British Army was creating a special force of “Facebook warriors” who are “skilled in psychological operations and social media,” to engage in “unconventional warfare” in the information age. It’s interesting too that we’re supposed to call Russians “trolls” and “bots” — but Western social media propagandists get to be “warriors.”

The force would attempt to “control the narrative” in favor of British foreign policy goals. The same Guardian report noted that the Israeli Defense Forces had pioneered military engagement with social media since its 2008 war in Gaza and was active on 30 platforms in six languages.

Both the US and UK are aggressive in their manipulation of people through online forums — both domestically and abroad. This sparks little outrage and receives practically no coverage in comparison with the coverage that reports of Russian influence on Facebook and Twitter have received in recent weeks.

A global conference held last year in London made clear just how dedicated Western governments and NATO are to exploiting social media to gain influence and support for their military operations abroad. One panel on “digital outreach”described NATO’s aim as “cultivating a global audience through social media to support The Alliance.” 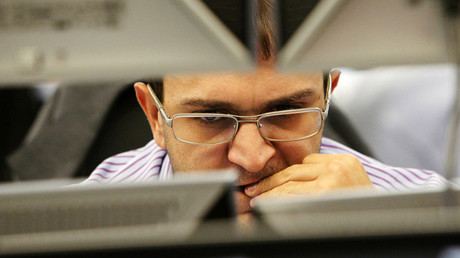 American defense contractors think you have been brainwashed

Those are not minced words. Western governments aren’t denying that they are engaging in this sort of behavior — they are simply framing it in such a way as to make it sound honorable and good — a counter to the ‘bad’ kind of propaganda used by their enemies.
The obsessive refrain of “Russia hacked our election” which appears in American media daily — together with a sustained effort in recent years to paint all Russian information as “fake news” is in itself a kind of psychological warfare.

In 2016, a group of crusaders against Russian propaganda wrote a report for a think-tank called the Center for European Policy Analysis (CEPA), which not incidentally, is funded by American arms manufacturers. The authors suggested “deradicalization” programs for anyone who has “fallen victim” to Kremlin propaganda online.

Well, where are the deradicalization programs for those who have fallen victim to American propaganda? Who is going to fund those? Maybe the Kremlin can lend a hand. I’m sure the CIA wouldn’t mind.

This is an opportune moment for American journalists to remind people just how much their own government tries to control their minds and control narratives online. Instead, they’re busy obsessively parroting US intelligence officials and whipping the public into a frenzy about Russia.

Danielle Ryan is an Irish freelance writer, journalist and media analyst. She has lived and traveled extensively in the US, Germany, Russia and Hungary. Her byline has appeared at RT, The Nation, Rethinking Russia, The BRICS Post, New Eastern Outlook, Global Independent Analytics and many others. She also works on copywriting and editing projects. Follow her on Twitter or Facebook or at her website www.danielleryan.net.