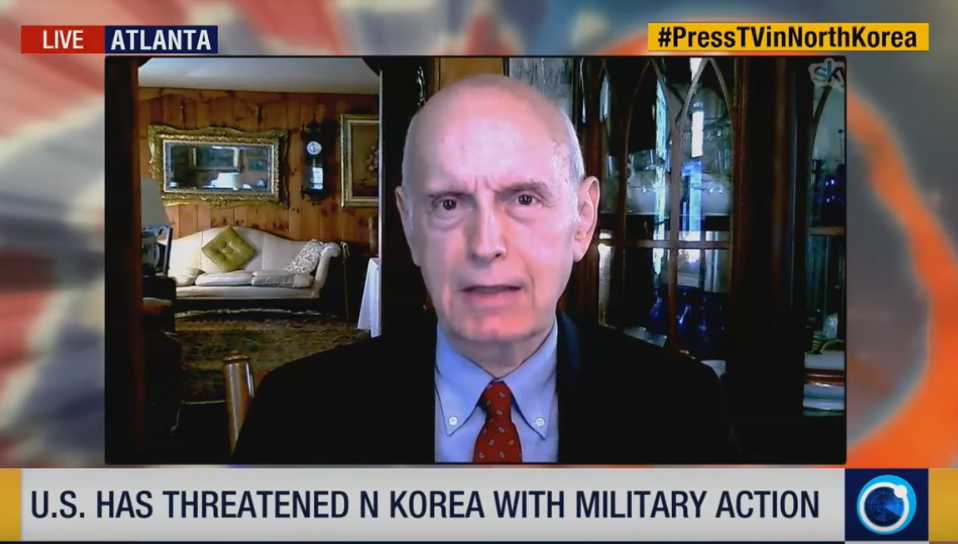 [ Editor’s Note: This was an unusual one-hour format for what would normally have been a half-hour Debate show that turned out to be a special on North Korea. Press TV had a film team just return with some rare footage.

A VT reader spotted today that PTV had pulled two of my clips out of the show to preview, with the full version following. Poor Mr. Mercuious (sp) in London, on air all of this time, looking like he was sleeping while waiting for his turn. He needs a talent agent to help him out with his on air presentation. How you can snooze on a live show is beyond me.

Trump has painted the US into a corner with his “totally destroy N. Korea” remark. Suspicious me, that told me the psych profilers fed that language to Trump, hoping to send Kim over the edge to give them a reason to attack which would not be a preemptive strike. 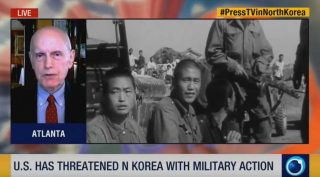 Notice how little “man on the street” interview material we are seeing from South Koreans. Someone does not want their views getting out, on how the crisis is being handled, or mishandled, as the case may be.

I see the constant thread of Mr. Reality TV show man with Mr. Trump, doing what he did during the campaign, being provocative to keep all the cameras on him and sucking all the oxygen out of the air for anybody else in the room.

Why do I have this image of Trump at Cheyenne mountain with his finger on the launch button shouting, “You can’t treat me like this, making those provocative statements, you are forcing me to push this to get my airtime back”? I am seeing chaos theory at work here, where with one misstep, it will be “game on”… Jim W. Dean ]