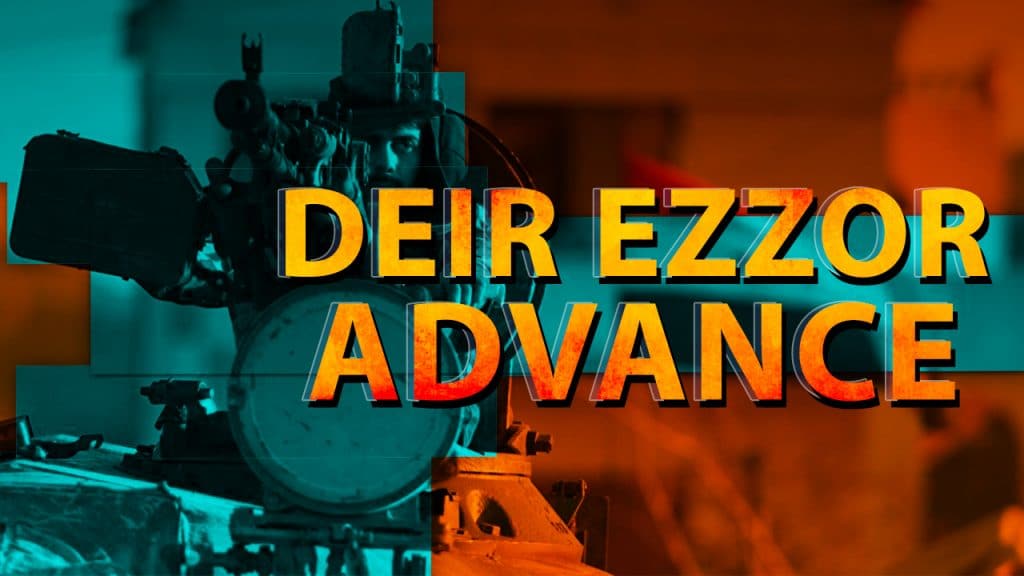 The Syrian Arab Army (SAA) and its allies are developing momentum against ISIS north and east of Deir Ezzor city.

Government forces have secured the al-Siyasah bridge and further advanced to tighten the siege on ISIS units inside the northern part of Deir Ezzor. Separately, the SAA Tiger Forces captured Balum, Balout, the Electrical sub station, the Taybah school and other points in al-Mayadin city.

On October 11, 40 members of the US-backed militant group, Ahmad al-Abdo Forces, surrendered to the SAA in southeastern Syria. The militants, including their commander Abu Dujana, had been deployed within US-led coalition forces at the at-Tanf garrison.

The militants reportedly handed over their weapons to the SAA and provided info about US forces in at-Tanf. In turn, they got a free passage towards Eastern Qalamun area mostly controlled by Jaish al-Islam branch that has a ceasefire deal with government forces.

Pro-government experts believe that more defections from the US-controlled at-Tanf base is expected in the near future because it lost all its strategic value when the SAA reached the border with Iraq north of it and reached Deir Ezzor city.

On October 12, clashes continued between the SAA and ISIS near al-Qaryatayn city. Earlier, government forces retook from ISIS an area south of the city and secured all hills overlooking it.

An SAA operation to take back al-Qaryatayn is expected soon.

The US-backed Syrian Democratic Forces (SDF) have further advanced at the ash-Shaddaday-al-Busayran road and seized Muwayli and Kabbar villages. As soon as the US-backed force secures the entire road, it will be able to storm al-Busayran itself and to develop momentum in the direction of the Omar oil fields.

In Raqqah city, negotiations continued between US-backed forces and ISIS over terms and conditions of possible withdrawal deal for the terrorist group’s members, according to pro-opposition sources. Separately, a fighting was ongoing near the national hospital in the city center.

If the sides reach no deal, the battle for Raqqah will continue with renewed vigour.