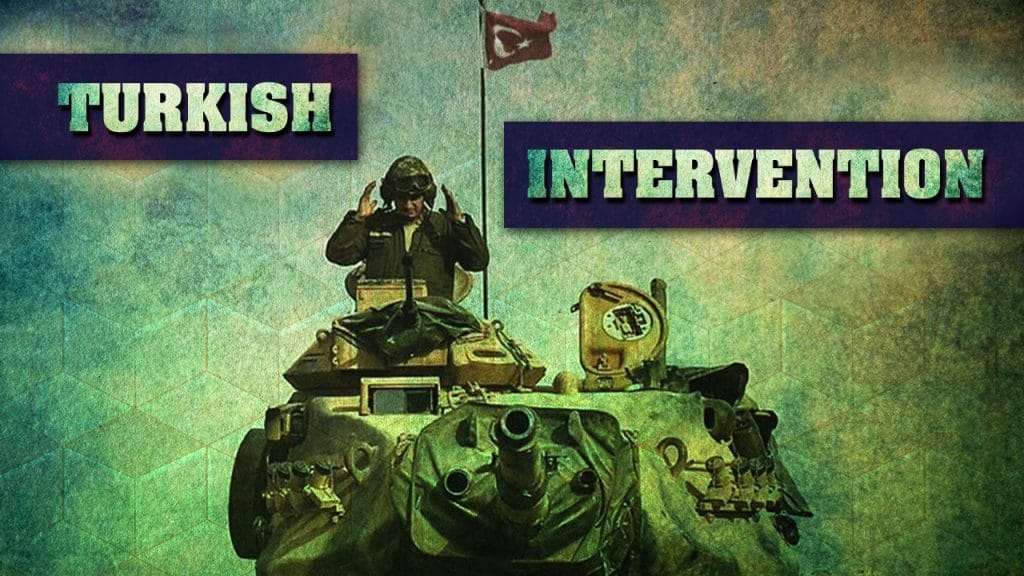 Late on October 12, the Turkish Army started deploying troops and vehicles in Syria’s Idlib province. According to reports, at least 30 Turkish vehicles entered Idlib via the Atme border crossing and deployed in an area between it and Darat Izza town.

Some sources speculated that the deployment was coordinated with Hayat Tahrir al-Sham (formerly Jabhat al-Nusra, the Syrian branch of al-Qaeda) that is the most powerful group in the militant-held Idlib province. However, this has not been confirmed by any evidence so far.

It’s interesting that the area of deployment allows Turkish forces to operate against both radicals Islamists in Idlib province and Kurdish militias in northern Aleppo.

At the same time, government forces, led by the SAA Tiger Forces, further outflanked al-Maydin city and de-facto encircled it, according to pro-government sources. Clashes are ongoing in the urban area.

ISIS terrorists attacked the US-backed Syrian Democratic Forces (SDF) at the Jafrah oil fields and forces the SDF to retreat from the area, according to the ISIS-linked news agency Amaq. The SDF has not shown any photos or videos that allow to debunk Amaq’s claims.