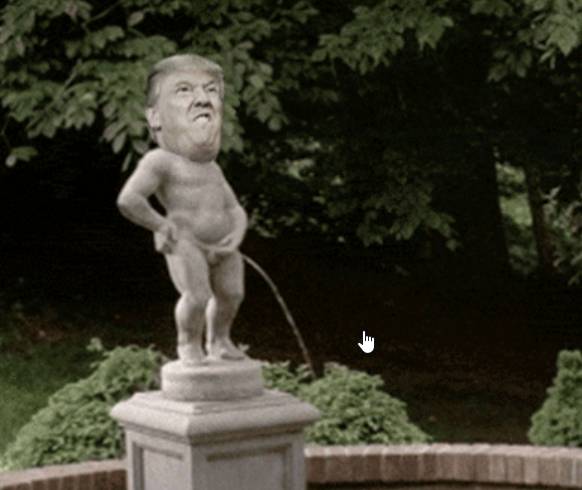 President Trump joked about a bugle call he heard on Harrisburg Air National Guard Base on Oct. 11. The call is part of the military’s flag raising and lowering ceremonies. (Patrick Martin/The Washington Post)

After he had repeatedly railed against professional athletes over perceived slights to the American flag and military, President Trump joked on Wednesday about a bugle call that is part of the armed forces’ time-honored tradition of showing respect for the Stars and Stripes.

The bugle call occurred during Trump’s interview with Fox News host Sean Hannity, conducted in an airplane hangar used by the Pennsylvania Air National Guard in Harrisburg and before the president’s address on tax revision.

“What a nice sound that is. Are they playing that for you or for me?” Trump said before turning to the audience. “They’re playing that in honor of his ratings,” he added, referencing the popularity of Hannity’s news program.

[President Trump has made 1,318 false or misleading claims over 263 days]

Trump went back to speaking about economic growth as several audience members behind him stood up. The bugle call was “Retreat,” which signifies the lowering of the American flag on a military installation. Although Trump attended a military high school, the commander in chief appeared unaware of the music’s meaning.