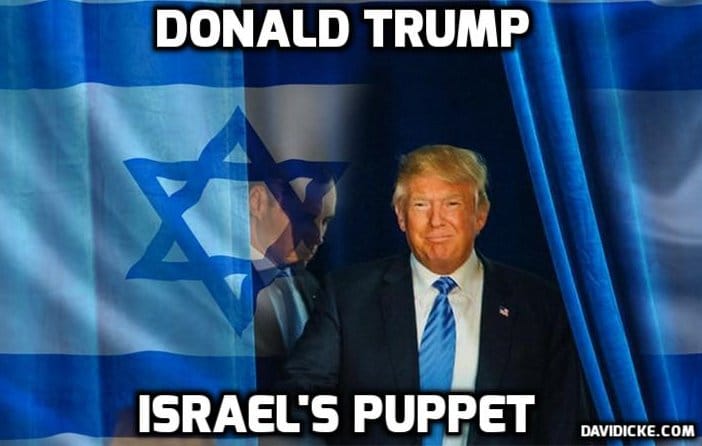 In this edition of The Debate, Press TV has interviewed Kevin Barrett, editor of VT from Madison, and Neil McCabe, a conservative political commentator and national political reporter from Washington, to discuss the fallout of US President Donald Trump’s refusal to certify Iran’s compliance to the 2015 nuclear agreement. – Press TV

Neil McCabe poses as an American patriot. But he belongs in the Foreign Agents Registry as an Israeli propagandist.

McCabe works for Breitbart, which was created in Israel, by Israel, to target the Infowars/Fox News demographic. (Since its audience is not so bright, it should really be called Not-So-Breitbart…but I digress.)

McCabe’s/Breitbart’s current assignment — soft-pedal Trump’s insanity in decertifying the Iran nuclear deal — was on display in our Press TV Debate.  Though the whole world is aghast that America’s solemn word now means absolutely nothing, and every other leader on earth considers Trump an odious idiot (except Netanyahu, who considers him a loveably malleable idiot) Breitbart and its masters in Tel Aviv hope Americans can be flummoxed into imagining that Trump’s move is “moderate” rather than what it really is: Zio-extremist lunacy.

So what is the Israeli game plan? It’s simple and obvious: Trick the USA into fighting Israel’s war on Iran.

They aren’t even trying to hide it. Check out Israeli Gen. Yair Golan telling the Unregistered Agents at WINEP that America has yet another Israeli war to fight. (The interesting stuff doesn’t start until more than 20 minutes into the talk.)

Trump, McCabe, and the other Israeli agents say they just want to re-write the terms of the Iran deal, not scrap it. They are lying. There is no provision for re-writing the terms. The President’s only role is to periodically certify that Iran is complying with the deal, which it is. Obviously it is politically impossible for Iran’s leaders, who had a hard time selling the deal to their people, to knuckle under to the universally-loathed Trump.

There will be no renegotiation. So for all practical purposes, Trump just killed the nuclear deal.

Trump is right that the deal is one-sided. But he is wrong about which side it favors. The deal forces Iran to give up its rights under the NPT to run its own nuclear energy program and enrich as much uranium as it likes. The US gives up nothing. It keeps its 6,800 nuclear warheads and its plans to build many more.

Iran has one quarter of the population of the USA, so it ought to have the right to have one quarter as many nuclear warheads and delivery systems. An equitable treaty would allow Iran 1,700 warheads.

But the USA is the land of rank hypocrisy and obscene double standards. Its motto, like Israel’s, is “what’s mine is mine and what’s yours is mine.”

The USA has no reason to care whether or not Iran has a few nuclear weapons. Israel, however, has every reason to care. Currently Israel has at least 400 nuclear weapons. It has a regional nuclear monopoly, so it can credibly threaten to use its nukes against its neighbors. If Iran has even a handful of nuclear warheads, Israel’s nuclear arsenal becomes useless. That – and not the ludicrous idea of an Iranian first strike, which Iran’s leaders would know to be suicidal – is the real reason Israel is so freaked out about the prospect of an Iranian nuclear deterrent.

But Iran, for religious reasons, is not even seeking nuclear weapons. So the real issue, at least for the foreseeable future, is Iran’s moral, ideological, and financial support for the Palestinian resistance.

Is the USA crazy enough to follow Trump and his boss Bibi into a losing war with Iran and its allies Russia and China? There is only one way the public will ever swallow another big war for Israel: Another false flag, modeled on 9/11, designed to make the public think Israel’s enemies are America’s enemies.

WINEP, one of the dozens of Israeli think tanks that control US foreign policy, knows that all too well:

If such a war happens, it will make the $7 trillion Iraq catastrophe look like a cakewalk, and spell the final end of the “New American Century.”