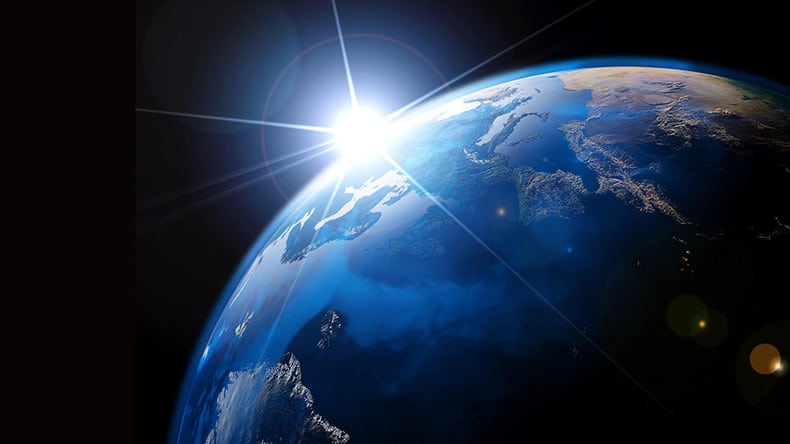 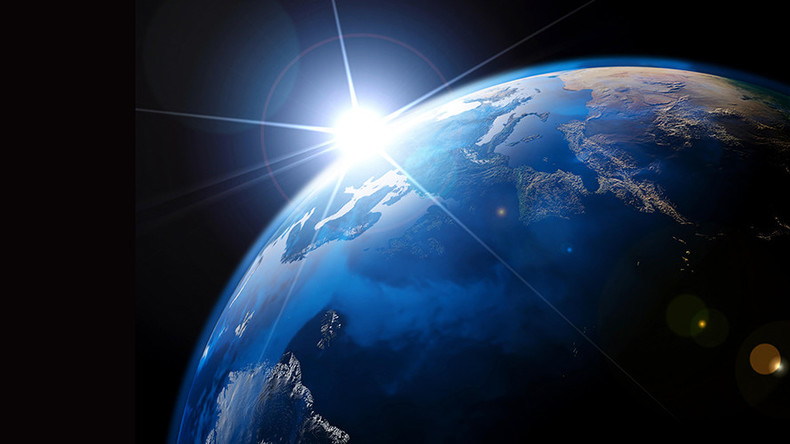 The furore surrounding the solar system’s theoretical ‘Planet 9’ reached new heights after a University of Michigan researcher discovered evidence that may shed light on the existence of the elusive world beyond Neptune.

Some researchers believe that ‘Planet 9’ exists because of the way certain space phenomena, known as Trans-Neptunian Objects (TNOs), behave. Conspiracy theorists, meanwhile, believe that NASA is keeping Planet 9’s existence a secret, because it’s on a collision course with Earth, which will result in our annihilation.

But let’s just stick with the scientists for now, shall we?

Research from Juliette Becker and her team indicates the answer to Planet 9’s existence lies in the life of TNOs.

Smaller than former planet Pluto, TNOs are rocky objects which orbit the sun at a greater distance than Neptune, the gas giant at the edge of the solar system. Some astronomers say that for these TNOs to occupy their current orbits, they must have been in the solar system for more than a billion years.

Others think, however, that in that vast amount of time some of these TNOs should have either crashed into another planet, been hurled into the sun or been flung out into deep space by the gravitational force of other planets.

First, researchers constructed a simulation of Planet 9 that would most likely cause our solar system to look the way it does now, by preventing the TNOs’ destruction or banishment to interstellar space.

Second, the simulation predicted that there’s a process called ‘resonance hopping’ by which a TNO bounces between stable orbits. Resonance hopping can prevent TNOs from being forced out of the solar system.

In each simulation, the team tested different scenarios for Planet 9 to study whether that version of the planet, complete with its gravitational forces, resulted in the same solar system that we have today.

“From that set of simulations, we found out that there are preferred versions of Planet Nine that make the TNO stay stable for longer, so it basically increases the probability that our solar system exists the way it does,” Becker said.

“Through these computer simulations, we were able to determine which realization of Planet Nine creates our solar system — the whole caveat here being, if Planet Nine is real,” she added.

Researchers also tested the orbital resonance of TNOs with Planet 9, which occurs when “objects in a system periodically exert gravitational forces upon each other that cause the objects to line up in a pattern.”

Becker and her team, found that sometimes Neptune will knock a TNO out of its resonance but, instead of sending it on a collision course with the sun, something – Planet 9 perhaps – catches it and “confines it into a different resonance.”

“The ultimate goal would be to directly see Planet Nine — to take a telescope, point it at the sky, and see reflected light from the sun bouncing off of Planet Nine,” said Becker.

“Since we haven’t yet been able to find it, despite many people looking, we’re stuck with these kinds of indirect methods.”

The search for the elusive planet has caused quite a stir over the last couple of months. Most recently, a number of outlets ran stories that NASA had ‘admitted’ its existence, although this isn’t entirely true.

“If a planet is there, it’s extremely distant and will stay that way (with no chance – in case you’re wondering – of ever colliding with Earth, or bringing “days of darkness”),” NASA said in a statement.

“It is a possible “Planet Nine” — a world perhaps 10 times the mass of Earth and 20 times farther from the sun than Neptune. The signs so far are indirect, mainly its gravitational footprints, but that adds up to a compelling case nonetheless.”

Sorry, conspiracy theorists, you’ll have to find another reason for the world to end. Luckily, there’s no shortage of ammunition.

Was Iranian election a rigged charade? If so, compared to whom?

Boris Johnson Gifting Biden A Picture Of Frederick Douglass insults those who respect What...