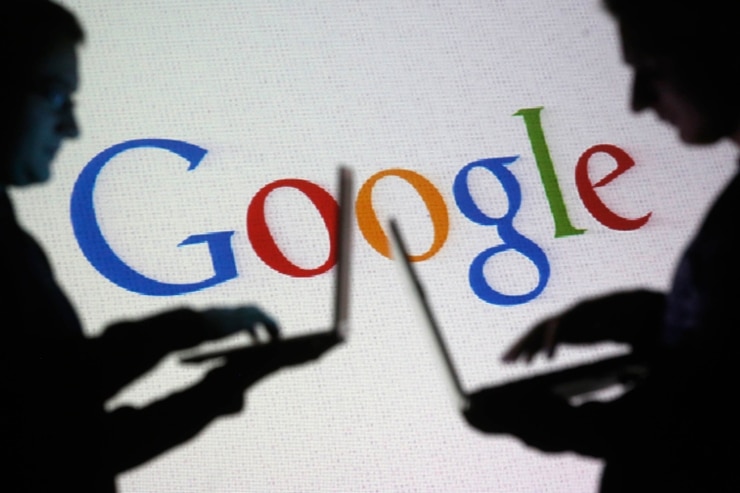 [ Editor’s Note: Phil Butler is coming at the attack on internet freedoms from a different angle than VT, but our roads intersect with Google and the tech giants. Still the most “hush hush” aspect to all this is the perversion of intelligence agencies, long active in the fake news business including social media. Some even say they invented it.

This current talk of reining in Google and Facebook to “protect the consumer” and “real news” outlets is funny if it weren’t so sad. Nothing admits the Intel agencies’ crosshairs on dominating social media and independent news as the new push to have Russian media be listed as foreign agents. If this is done, the entire spectrum of corporate media should be required to do so.

Mind you, this is being done in the US, where Israel has a virtual blank check to not only run espionage operations on a massive scale, but to also “influence elections” in broad daylight. You will notice that no one in media, politics or law enforcement has uttered a word about the selective concern over “protecting consumers” from this subversion from within.

Google Jigsaw’s Oxford rump-group report on VT has fizzled out, as did Politico Magazine’s before it. Jigsaw had a few orchestrated outlets carrying the story, mostly copy and paste jobs. Even Military.com, a disgrace, did not bother to contact us to verify anything, nor to get our comments. In fact, none of the handful that did carry it reached out to us.

It does not take a genius to see the stacked deck. And cutbacks in media staff do not provide the manpower and the right talent to do things slickly, as in the old days. Now they just throw it out there, quick and dirty, to generate some internet url hits, thinking that is all that is needed.

They like this methodology because it avoids any recorded interchange between us and them, something they avoid like the plague. No one in media of substance has wanted to go head-to-head with VT, getting only half the time and no editing allowed on the finished product.

During my years of public TV in Atlanta, I never had any of my topic targets accept a chance to be on a show with those restrictions. These were primarily old Civil Rights activists still trying to pretend we were still living in the Jim Crow days, a gross perversion of the huge Civil Rights progress the country had made from the early King Days.

The big story here is the pretend story of gov regulation of these giants, when they are already in bed together. It is just another psyops for the selective editing out of alternative media’s growing spotlight on who fake news has always been, going all the way back to the Cold War, and earlier. It will be a good fight; and we will enjoy it immensely… Jim W. Dean ]

The UK government is all set to sledgehammer free speech in unison with the US deep state. News from The Guardian foretells of social media platforms being labeled “publishers” rather than information platforms, a move that will end the spread of free ideas to UK citizens.

But the movement warns of international implications given recent events in the US aimed at Russia. The true message from Russia and beyond won out in recent media skirmishes, but as a byproduct we may soon witness the end of rights we took for granted for too long.

According to a story entitled “UK government considers classifying Google and Facebook as publishers,” Karen Bradley, the UK Culture Secretary, told MPs at a meeting of the digital, culture, media, and sport committee that the government is considering changing the legal status of Google, Facebook, and other Internet companies over “growing concerns about copyright infringement and the spread of extremist material online.”

In my view, it’s no coincidence that this warning comes just days after Facebook, Google, Twitter, and Microsoft announced their cooperation with US legislators for hammering pro-Russia information and the narrative of the social web for good.

While the heads of these platforms have not admitted collusion and their intent directly, the “coincidence” and sequencing of these news stories stinks of a key PR firm campaigning. While I cannot unveil the firm or firms involved, my expertise in dealing with the world’s biggest public relations companies should serve here.

From the PR perspective, releasing one anti-Russia story after another helps cement a narrative far better than an all-at-once approach to controlling the news cycle.

The public is now getting maximum effect from what I believe is a singular and cohesive effort to lay the groundwork for global legislation to eradicate any dissent and particular dissent that is pro-Russia or pro-Putin.

The way the news cycle works, a campaign is best leveled across two weeks, a month, or more, so that the desired audience is thoroughly indoctrinated with an idea or a product. In this case, the product is an Orwellian eradication of freedom of speech across the swath of the world’s most used social media platforms.

This is a direct result of traditional media and the deep state having failed to defeat independents across these platforms. People unwilling to bow to the CNN, BBC and the controlled media message, more or less beat the globalist scheme online.

So, the only choice and chance for the anti-Russia message to succeed is with the complete takeover of ALL channels. As further proof of a collective effort, listen to this Bloomberg interview the other day with Microsoft CEO Brad Smith on the same “legislation” issues. Smith’s rhetoric, syntax, and the flow of his narrative mirror almost precisely the other social CEOs, the US legislators, and especially the UK Government dialogue. All these technocrats feign concern over privacy protection and free speech/free press issues, but their real agenda is the main story.

Smith’s company is supposedly looking into reports the Russian government bought ads on BING, to try and sway the US election. As a media expert in this field for many years I can tell you this if anybody in Putin’s administration paid good money for a BING ad, then they should be fired for gross incompetence and waste. The Microsoft search engine has a market share of “barely visible” when compared to Facebook and Google.

This is all subterfuge and manipulation. The same people who lie to the public on a daily basis, the same industries that never pay their fair share of taxes, the entities that were shown to be colluding with the NSA and other intelligence agencies are suddenly concerned about our welfare,

Make a note of the fact that Ofcom Chairman Patricia Hodgson is all for regulating social media and search, and public awareness of these realities becomes paramount. This is especially true when Hodgson’s statements edged toward regulation blackmail at in another Guardian piece:

“Google, YouTube, Facebook, and Twitter are under growing pressure over the growth of fake news – including stories allegedly pushed by Russia before the 2016 US election – the spread of extremist content such as terrorist propaganda videos, and whether the sites should pay news providers for content.”

Finally, the news from European Commission chief Jean-Claude Juncker that the EU will propose a new tax on tech giants like Google and Facebook next year, and you have the complete picture of a cohesive move to stamp out independent companies and free voices. In the US you have officials trying to run Russia’s RT America out of the country in an unprecedented campaign.

Editor in Chief Margarita Simonyan has been fighting an impossible battle to try and force US legislators to follow the letter of the law and precedent, but with limited success. Simonyan told reporters the current situation just the other day:

Meanwhile, Russian officials are left with little choice except to reciprocate by curtailing activities of American in a tit-for-tat response leveled on more than 1,000 journalists and entities operating inside Russia.

The implications here are dire. The foundations of American democracy are thrown to the dogs. Foreign governments collude with America not only to stoke the fires of new conflicts with Russia and other neighbors but at the expense of destroying the ideals that made so many free nations great.

American President Donald Trump calls out for “MAGA,” or making America great again, while the deep state underneath jackhammers freedoms. Facebook and the free web were supposed to be platforms of expression and free voices, and now corporations and governments nobody can trust vie for complete control. The dangers go largely unnoticed except on the very independent outlets targeted as “extremist.”

The world is at a deadly new threshold. Whether this Orwellian nightmare was by design or an inescapable destiny, the dreadful consequence will be the same. Not so long ago we were convinced the evils of imperialism would destroy us all after World War I.

Next the Nazi menace threatened to undermine all freedoms, and mind control was the civic flavor of the day. Today we face a global threat more dangerous than any experimental Hitler idea. We face a world that is indescribable except in some dystopian existence. My advice to every reader is to become more vigilant in your dissent against this evil regime.

About Author: Phil Butler, is a policy investigator and analyst, a political scientist and expert on Eastern Europe, exclusively for the online magazine “New Eastern Outlook”.