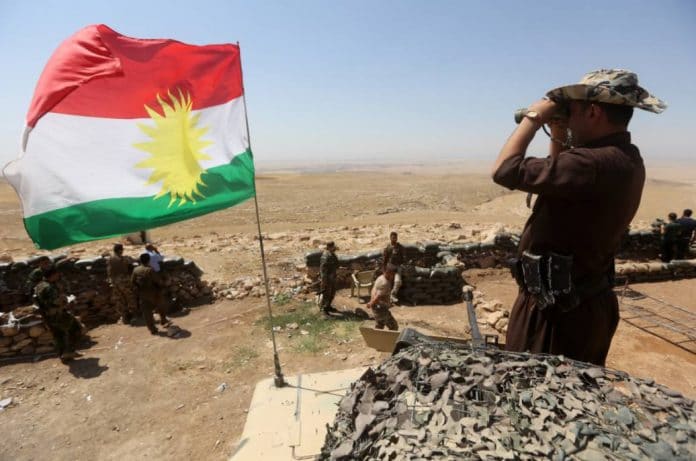 “The only hope,” according to the analyst, “is that the West and the US can pressure Baghdad not to take even more steps, and to perhaps broker negotiations between Baghdad and Erbil to come to some sort of concessions or agreement.”

Ultimately, van Wilgenburg emphasized that perhaps the main thing to remember in the Baghdad-Iraqi Kurdistan diplomatic conflict is politics is about might, not right. “They had a democratic vote – the majority is for independence, but we all know that in this, the international community is not about human rights or international law, but about real power, hard power, so whoever is strongest wins. That is what we’re seeing now.”

Finally, asked about Iraqi Kurdistan’s future, the observer noted that Iraqi forces will not enter Iraqi Kurdistan proper as it is recognized by the Iraqi constitution, meaning the Kurds will retain a considerable degree of autonomy. As for the possibility of an independent Iraqi Kurdistan sometime in the future, van Wilgenburg said that “with Iraq we have seen over the last few years that nothing can be predicted; anything is possible. At some point, maybe the Kurds are going to be back in Kirkuk…” For now, “at least they have the three provinces under their control and their own government, and that’s not going to change for the moment.”

On Tuesday, Iraqi Prime Minister Haider Abadi announced that the issue of the independence referendum in Iraqi Kurdistan “belongs in the past,” and urged Iraqi Kurdish leaders to conduct dialogue with Baghdad on the basis of the Iraqi constitution. In recent days, Iraqi police and military forces in Kirkuk province secured military bases, government facilities, oil fields and transport infrastructure in areas formerly controlled by the Kurds, with over 60,000 civilians leaving the city of Kirkuk and heading north to the Kurdish-governed Erbil and Sulaimaniyya provinces. On Wednesday, Kurdish Peshmerga forces continued their peaceful withdrawal, leaving areas around Mosul, including the Mosul Dam, as Iraqi forces moved in.