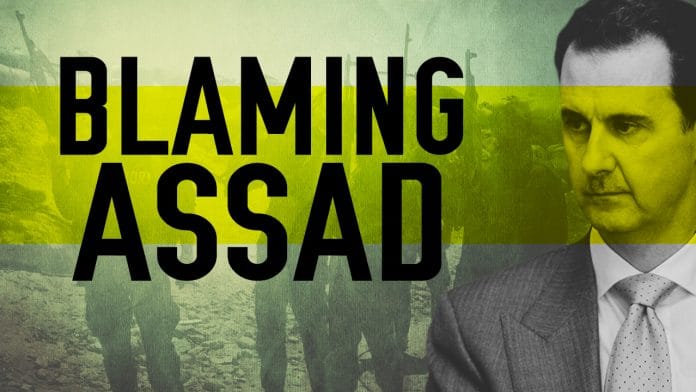 The Syrian Arab Army (SAA) and ISIS are still fighting for the city of al-Qaryatayn in the province of Homs. On October 18, the SAA retook the railway station north of it. On October 17, ISIS claimed that 20 SAA members were killed in clashes in the city’s vicinity.

According to local sources, the SAA has still not started a direct storm of the city because ISIS uses local civilians as human shields.

In Deir Ezzor province, the SAA has advanced against north of the provincial capital, on the eastern bank of the Euphrates. According to pro-government sources, all villages there are now under control of government troops. However, these reports still have to be confirmed by photos or videos.

On October 18, the Republican Guard’s Gen Issam Zahreddine was killed in an IED explosion during the operation against ISIS in Saqr Island northeast of Deir Ezzor city. Zahreddine was one of the most prominent Syrian generals and a hero of the battle for Deir Ezzor. He had been leading government troops defending the city from ISIS terrorists over the past years. Under his command, local government troops kept control over the military airbase and a part of the urban area until the unblocking force reached the city and broke the ISIS siege in September 2017.

On the same day, White House Press Secretary Sarah Huckabee accused the Syrian-Iranian-Russian alliance of hindering efforts of the US-led coalition against ISIS during the battle for Raqqa city.

“This eminent victory by the global coalition and our brave servicemembers comes at a high cost, particularly to the Syrian Democratic Forces who suffered many casualties as they fought to liberate their own country from the oppression of ISIS,” she said adding that “Unfortunately, the Syrian regime and its supporters hinder the efforts to liberate Raqqa. Instead of focusing on fighting ISIS, the pro-regime forces attacked our partners and attempted to block them from liberating the Syrian people from the brutality of ISIS.“

Huckabee also added that the US remains “committed to supporting stabilization efforts and local security forces in liberated areas through a political transition in Syria.”

During the Obama administration, the words “political transition” meant that the US is seeking to overthrow Assad and to enforce the rule of the “moderate opposition” [accidentally linked to al-Qaeda] in Damascus. Right now, it is not clear what the Trump administration means when it uses these words.

Meanwhile, the Syrian Democratic Forces (SDF) media wing announced that the US Special Envoy for the US-led coalition Brett McGurk claimed during a meeting with the SDF-linked Raqqa Civil Council that the “Syrian regime will never have a foothold in Raqqa.”
The American rhetoric definitely show that Washington is going to use the SDF and the SDF-held area as a foothold for own diplomatic and, in the worst-case scenario, military actions in the expected standoff against the Damascus government and its allies in post-ISIS Syria.