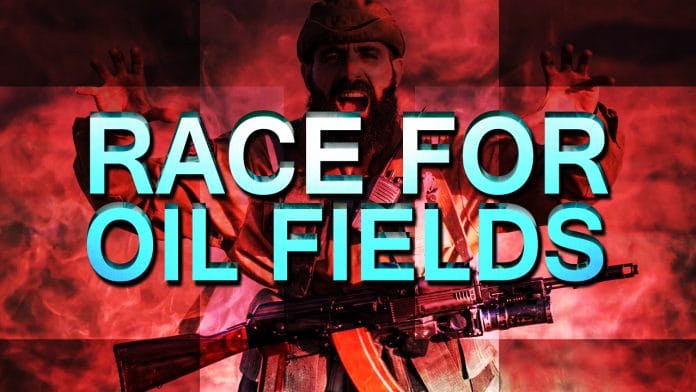 The US-backed Syrian Democratic Forces (SDF) have allegedly handed over the Tabiyah oil field and its nearby facilities to the Syrian-Iranian-Russian alliance following a visit of Syrian and Russian representatives to the SDF-held city of Hasakah.

According to reports, units of the Syrian Arab Army (SAA) with some unidentified “Russians” have already entered the oil field area. However, no photos or videos confirming these claims are available online. The situation remains unclear.

At the same time, reports are circulating that SDF representatives are set to attend a meeting at Russia’s Khmeimim airbase in the province of Latakia on November 10. The sides will allegedly discuss a number of issues, including a de-escalation of tensions between the SAA and the SDF.

These tensions have been growing since the SDF launched an advance north of Deir Ezzor in September. Many experts described the move as an attempt to seize key oil and gas infrastructure on the eastern bank of the Euphrates while the SAA faces the main ISIS forces near Deir Ezzor and Myadin on the western bank.

On October 19, the Israeli Defense Forces (IDF) destroyed a 130mm artillery piece of the SAA with Spike NLOS missile in Qaus al-Sindiyana base south of Harfa village near the Golan Heights.

The IDF said it was a response to a projectile that hit the Israeli-held territory. The IDF added it “holds the Syrian regime responsible for any aggression from its territory & won’t tolerate attacks threating Israeli sovereignty.”

On the same day, the SAA recaptured Bard’ayyah Hill near Mughr al-meer village east of Beit Jinn town in Western Ghouta from militants. According to pro-government sources, the Israeli strike was a widely expected response to the recent SAA advances in the Damascus countryside.

Tel Aviv believes that if the SAA and its allies clear an area near the Syrian-Israeli contact line from terrorists, it will allow Hezbollah and the Iranian Islamic Revolutionary Guard Corps (IRGC) to operate there and to pose an additional threat to Israel.