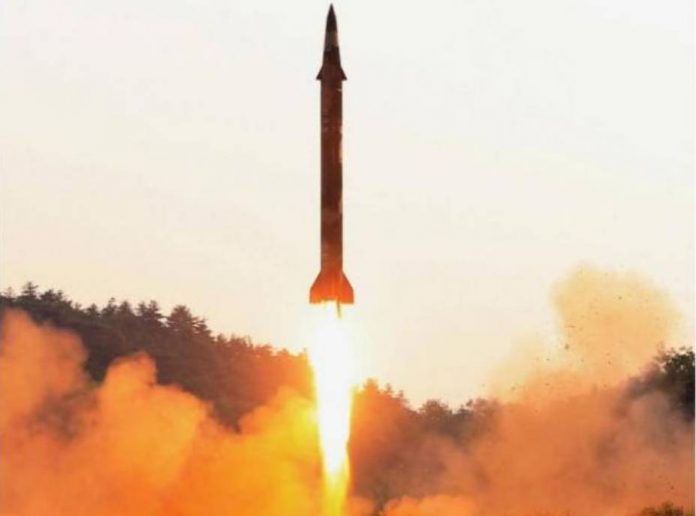 The US-North Korea antagonism has its roots in the 1952-3 Korean War which had divided the country. While North Korea is backed by Russia and China, South Korea is protected by the US and it has a large military presence in the country. In order to ward off impending danger posed by USA and its allies, North Korea despite being an impoverished country, developed nuclear bombs and missiles, causing deep anxieties to USA and its allies South Korea and Japan. The US imposed sanctions in response to Pyongyang’s defiance of previous UN resolutions banning the testing of ballistic missiles and nuclear warheads.

When North Korea launched two intercontinental ballistic missiles (ICBMs) in July 2017, which many analysts believe are capable of hitting the US mainland, the US piled on more sanctions in August 2017, which further inflamed tensions. Russia and China bear a measure of responsibility for the latest outburst. The two strategic partners voted unanimously at the Security Council to support US calls to further load North Korea with economic sanctions. They made a big mistake since the move has only spiraled strains and has encouraged the Americans in their incorrigibly aggressive temperament. Moscow and Beijing, more than anyone else, should know that sanctions more often prove counterproductive. They are a weapon of war-making and a sinister ancillary for diplomacy.

Pyongyang condemned the latest round of sanctions as a despicable violation of its sovereignty. It argued that the US has thousands of nuclear weapons capable of hitting North Korea and has also installed this year a new missile system, the THAAD, in South Korea, which gives it a first strike advantage. Given the array of American offensive military forces, the repeated verbal threats of “all options on the table”, the nuclear-capable B-1 bombers flying from Guam over the Korean Peninsula, and now the latest enflaming up of sanctions, North Korea perceives it an existential danger and says that it has the right to protect its integrity and sovereignty by developing military self-defense.

The latest sanctions are extremely harsh and punishing when seen in context with poor economy of North Korea and plight of its populace. The nation’s top exports of coal, minerals and seafood are to be banned, which would dry up its already insignificant export revenue by one-third, going from $3 billion to $2 billion a year.

Miffed by Pyongyang’s recent ICBM tests, the US President Trump, a product of gung-ho political culture of the United States, in his bid to add more teeth to sanctions warned North Korea that the country would “face fire and fury, the like of which the world has never seen before”. Trump’s threat came on the heels of a report by the Washington Post indicating that Pyongyang had “successfully produced a miniaturized nuclear warhead that can fit inside its missiles.”

His outrageously incongruous remarks and threat of annihilation shocked the Americans. It drew adverse comments from some politicians and media in USA. Many opined his choice of words were grotesque. Hawkish John McCain said it were not helpful in the current spiral of tensions. Other members of the US Congress also deplored Trump’s rash rhetoric. He was compared with North Korean leader Kim Jung–un, commonly portrayed by American politicians and media as “a nut-job”. One lawmaker, New York Representative Eliot Engel, called Trump’s rhetoric “unhinged”.

It intensified the upsurge of calls to strip Trump of his nuclear-strike authority. Activists and lawmakers urged Congress to revive legislation that would strip the executive branch of the power to launch a pre-emptive nuclear strike. “Sen. Ed Markey (D-Mass.) wrote. “No U.S. President, certainly not Trump, should have sole authority to initiate an unprovoked nuclear war,”

Given numerous threats already from the US that it is prepared to use pre-emptive military force against North Korea, the words from Trump implying a catastrophic attack worse than the horror of Hiroshima and Nagasaki are indeed feloniously reckless. Such words coming on the 72nd anniversary of the US dropping two atomic bombs on Hiroshima and Nagasaki — killing over 200,000 people — are grotesque. The situation became more alarming when the US military commander pugnaciously hurled a war threat.

The Kim Jong-un regime responded just hours after Trump’s remarks, promising to hasten “the tragic end of the American empire” and announcing it would review plans to “strike areas around the U.S. airbase on the Pacific island of Guam,” where the U.S. maintains large military bases, “with medium-to-long-range strategic ballistic missiles and envelope it in fire”. Pyongyang uses this kind of emotional rhetoric frequently, threatening to turn the US and its allies in South Korea and Japan into “a sea of fire”.

Russia and China are correctly advocating instantaneous all-party talks for the region, involving the two Koreas. But slapping sanctions on one side is wrong, especially given the ongoing war threats issued by the US.

Russia and China have a central role to play in order to make the US come to its senses and step back from a disastrous war. But given the American hubris and sanctimoniousness to wage criminal wars, and given the hawkish state of mind of its Commander-in-Chief, possibility of making the US behave like a normal law-abiding and peace-loving nation is slim.

While North Korea is rightly worried about its survival, and is justified in taking measures to protect itself, the US with a track record of destroying nations, capturing sovereign countries, affecting regime changes and stoking proxy wars, is the world’s biggest rogue state. Its USA and not North Korea which needs to be sanctioned and prosecuted. As long as it reserves the right to unilaterally threaten and attack any nation, and even drop atomic bombs on civilian centers, the world will always be in severe danger. It was wrong on part of Russia and China to impose sanctions on North Korea at the call of USA. It’s just like feeding a monster which destroyed Japan, Vietnam, Cambodia, Afghanistan, Iraq, Libya, Yemen, Somalia, Syria, and bisected Sudan and bloodied Pakistan.

By resorting to punitive military action as an essential foreign policy tool in pursuit of its global ambitions, the US blatantly disregards international law and universally recognized principle of state sovereignty. George Bush and Obama had made the world unsafe, but Trump is pushing the world into a vortex of chaos and destruction.

USA and North Korea stand at the cusp of nuclear war. One slipup, one error, could launch a nuclear war in the region. There is growing fear that the U.S. under crazy Trump is inching closer to nuclear war. In his first address to the UNGA last month, Trump openly vowed to “totally destroy North Korea”. CIA Director Mike Pompeo suspects that Pyongyang may undertake another missile test and may strike the US mainland. It will take nuclear-tipped missile less than half an hour to strike Los Angeles metropolitan area. Reportedly, Pyongyang has more than sixty weapons in its nuclear arsenal. There are wide calls in USA to de-escalate tensions so that diplomacy could work. A petition with over 57,000 signatures, reads: “Stop the insanity. Don’t provoke a war with North Korea.”

The petition reads: “Donald Trump is making us all more unsafe with every war-mongering comment, tweet, and threat. His rhetoric threatening North Korea with ‘fire and fury’ is exacerbating a dangerous situation, putting the people of Guam—and everyone around the world—in grave danger.” The petition adds. “While a nuclear North Korea is a real concern, the answer must be diplomacy-first, not a rush to a potentially devastating nuclear war.”

Russia, China, North Korea, India, and Pakistan are all nuclear powers in this part of Asia. Japan is gradually being militarized and soon it will emerge as another nuclear power. The three most belligerent states – USA, Israel and India are laced with nukes. Hawkish Trump, Netanyahu and Modi being anti-peace are upping the ante by stoking the fire of terrorism. They flagrantly flex their military and nuclear muscles to overawe and blackmail their opponents. They are also impatient to use the hammer with a view to achieve their geo-strategic and geo-economic objectives. Having succeeded in making Israel the unchallenged power in the Middle East, the US is now striving to make India the policeman of South Asia and a bulwark against China. It is helping India in expanding and upgrading its military, nuclear and missile power to tilt the balance of power in Asia-Pacific region in its favor.

China has been pursuing a defensive policy since 1978 and its One-Belt-One-Road project is entirely peace, friendship and development oriented with no trace of aggression or expansionism. Pakistan and North Korea consider nuclear weapons essential for their national security and strive to maintain minimum nuclear deterrence to deter aggression.

South China Sea, Korean Peninsula, CPEC and Kashmir have become flashpoints. Middle East has become a huge gunpowder keg. A strong sense of anxiety is spreading across the globe that in the not too distant future, nuclear weapons could actually be used again.