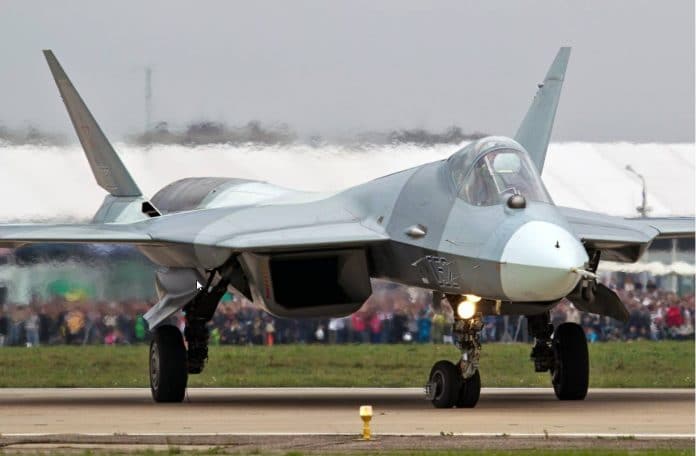 The production of the US F-22 fighter jet has been discontinued. The notorious F-35 has at least 91 defects, according to Pentagon representative Michael Gilmore. It is believed that the aircraft will be brought to a normal condition no earlier than in 2021. Russia’s Su-57 does not count, because the test batch of eleven aircraft is not an indicator for an analysis.

The F-22 left the race, just like its opponents, Russian experimental prototypes of fifth-generation aircraft MiG 1.44 and Su-47. The F-35 was finished with the help of Yakovlev Design Bureau and Yak-141.

Nevertheless, both the F-35 and the Su-57 appear as today’s full-fledged fighters of the fifth generation. The Russian fifth-generation PAK FA aircraft surpasses the American Raptor in a number of characteristics, Western experts believe. On average, the performance of the Russian aircraft exceeds that of US competitors, but the US Air Force also has something to be proud of.

National Interest columnist Sebastian Roblin wrote in his comparative analysis that the two aircraft are equipped with state-of-the-art engines that make it possible to overcome the sound barrier without applying the afterburner. The altitude limit for the two aircraft is 20,000 meters, which is 2,000 meters higher than of the “ultra-modern” F-35.

According to the journalist, a detailed analysis of specifications of the Russian T-50 propulsion system indicates its superiority over the “rival.” For example, a Russian aircraft regulates the nozzle deflection in three axes. For the American F-35, deflecting the jet vector is possible only vertically.

Thus, Raptor is the only super manoeuvrable airplane of the US Air Force, but it still lags behind the PAK FA, National Interest concludes.

In fact, R-73 guided missiles of the T-50 will be a problem for F-22. The Raptor will receive similar weapons in 2017, whereas the guidance system, similar to the Russian one, is to be created only in 2020.

The fighter of the future is likely to be an unmanned aircraft. Modern UAVs show that they can solve reconnaissance objectives very well, but there are other tasks to deal with.

The American F-117, created with the use of the “stealth” technology, was tested in Yugoslavia, but it clearly demonstrated that no one had any problems with detecting it. Therefore, technology gradually shifts to hypersonic speeds and manoeuvring.

VIAPravda
ATTENTION READERS
Due to the nature of independent content, VT cannot guarantee content validity.
We ask you to Read Our Content Policy so a clear comprehension of VT's independent non-censored media is understood and given its proper place in the world of news, opinion and media.