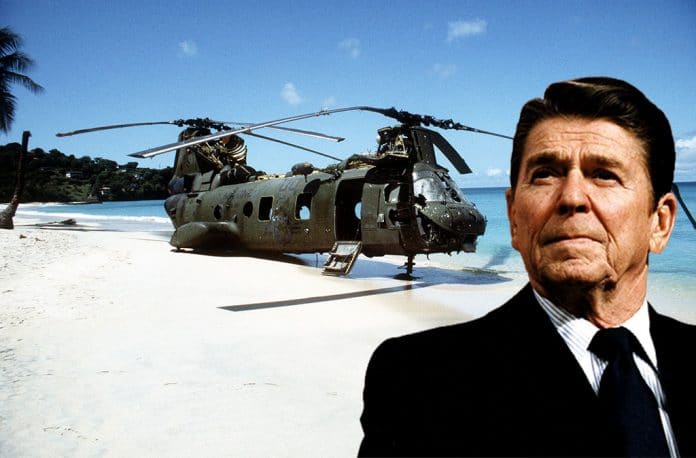 On this 25th day of October in 1983 U.S. President Ronald Reagan, citing the threat posed to American nationals on the Caribbean nation of Grenada by that nation’s Marxist regime, orders the Marines to invade and secure their safety.

There were nearly 1,000 Americans in Grenada at the time, many of them students at the island’s medical school. In little more than a week, Grenada’s government was overthrown.

The situation on Grenada had been of concern to American officials since 1979, when the leftist Maurice Bishop seized power and began to develop close relations with Cuba. In 1983, another Marxist, Bernard Coard, had Bishop assassinated and took control of the government. Protesters clashed with the new government and violence escalated.

Citing the danger to the U.S. citizens in Grenada, Reagan ordered nearly 2,000 U.S. troops into the island, where they soon found themselves facing opposition from Grenadan armed forces and groups of Cuban military engineers, in Grenada to repair and expand the island’s airport. Matters were not helped by the fact that U.S. forces had to rely on minimal intelligence about the situation. (The maps used by many of them were, in fact, old tourist maps of the island.) 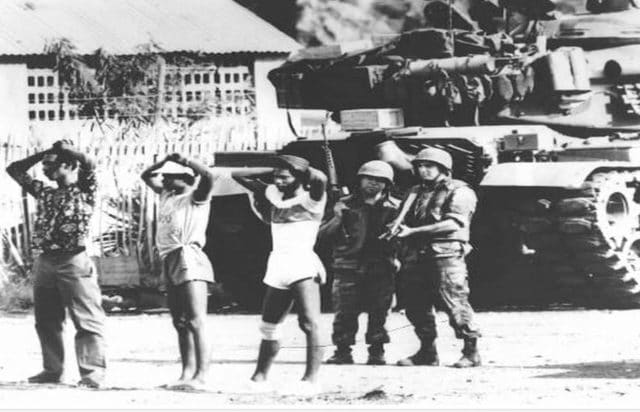 Reagan ordered in more troops, and by the time the fighting was done, nearly 6,000 U.S. troops were in Grenada. Nearly 20 of these troops were killed and over a hundred wounded; over 60 Grenadan and Cuban troops were killed. Coard’s government collapsed and was replaced by one acceptable to the United States.

A number of Americans were skeptical of Reagan’s defense of the invasion, noting that it took place just days after a disastrous explosion in a U.S. military installation in Lebanon killed over 240 U.S. troops, calling into question the use of military force to achieve U.S. goals. 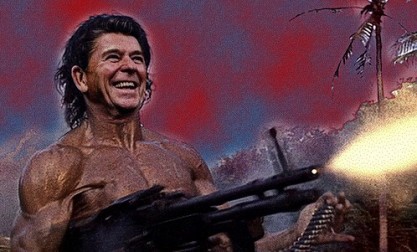 Nevertheless, Reagan, or as many called him “RONBO” (in satirical reference to the infamous RAMBO movies out at the time), claimed a great victory, calling it the first “rollback” of communist influence since the beginning of the Cold War.