When Corey Feldman declared in 2011 that “The No. 1 problem in Hollywood was and is—and always will be—pedophilia,” some people in the media didn’t pay much attention to him because Feldman sounded like a conspiracy theorist. But as the years went by, Feldman was shown to be absolutely right.

In fact, saying that Hollywood is overcrowded with sexual predators is no longer conspiracy theory but, as actress Lupita Nyong’O herself has said in a New York Times article, “the conspiracy of silence.”[1] Hollywood celebrities themselves have proved that point.[2] Even actors Terry Crews and James Van Der Beek have said that they have been groped by Hollywood degenerates.[3] Crews tweeted:

“My wife n I were at a Hollywood function last year n a high level Hollywood executive came over 2 me and groped my privates. Jumping back I said What are you doing?! My wife saw everything n we looked at him like he was crazy. He just grinned like a jerk.

“I was going to kick his ass right then— but I thought twice about how the whole thing would appear. I decided not 2 take it further becuz I didn’t want 2b ostracized— par 4 the course when the predator has power n influence. I let it go. And I understand why many women who this happens to let it go. Who’s going 2 believe you? ( few) What r the repercussions?(many) Do u want 2 work again? (Yes) R you prepared 2b ostracized?(No).”[4]

Crews added: “I understand and empathize with those who have remained silent. But Harvey Weinstein is not the only perpetrator. Hollywood is not the only business [where] this happens, and to the casualties of this behavior— you are not alone.”[5]

Similarly, James Van Der Beek has said: “I’ve had my ass grabbed by older, powerful men, I’ve had them corner me in inappropriate sexual conversations when I was much younger…’” He moved on to say: “I understand the unwarranted shame, powerlessness & inability to blow the whistle. There’s a power dynamic that feels impossible to overcome.”[6]

By 2016, “The Lord of the Rings” actor Elijah Wood came out and declared almost the same thing. Commenting on the documentary film Open Secret, Wood declared:

“I’ve been led down dark paths to realise that these things probably still are happening. If you’re innocent—you have very little knowledge of the world and you want to succeed—people with parasitic interests will see you as their prey.”[7]

Then right after the Harvey Weinstein debacle, Hollywood celebrities themselves finally declared that there was always a sex pool in the industry, one which always preyed upon the young, the restless, the naïve, and indeed the lustful. Quentin Tarantino in particular has finally said that he

“knew enough [about Weinstein] to do more than I did. There was more to it than just the normal rumors, the normal gossip. It wasn’t secondhand. I knew he did a couple of these things.”[8] 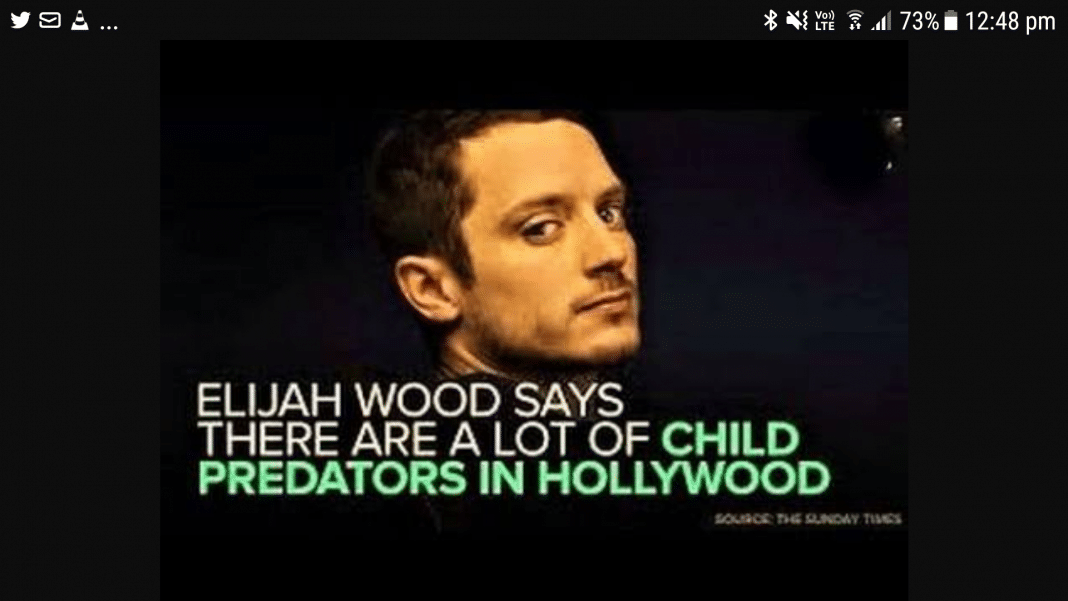 For Weinstein to prey upon more than 40 women over a long period of time seems to suggest that Hollywood is a town filled with predators. This became very interesting when Weinstein told former actress Heather Kerr way back in 1989 that virtually every actress in Hollywood had to sleep with him in order to advance their careers in the industry. Kerr recalled:

“He told me this was how things work in Hollywood and that all the actresses that had made it had made it this way. He said, ‘name anyone.’ He told me that first I would have sex with him and then he would take me to parties and show me who I had to sleep with after that. But first he needed to know how good I was.”[9]

Weinstein even fired British actress Sophie Okonedo way back in 1997 because she wasn’t “fuckable.”

Director Michael Caton-Jones, who wanted to cast Okonedo in the movie B. Monkey, had a heated discussion with Weinstein, during which Caton-Jones said: “‘Don’t screw up the casting of this film because you want to get laid.’” Weinstein, we are told, “then leaked to Variety that Caton-Jones had walked off the movie due to ‘creative differences.’”

Okonedo was swiftly replaced by Asia Argento. Argento, the New Yorker reported, was raped by Weinstein, which obviously leads one to say Weinstein found her “fuckable.” Argento said that she had to succumb to Weinstein’s sexual desires because “I felt I had to, because I had the movie coming out and I didn’t want to anger him.”

Virtually everyone at the Weinstein Company knew about Weinstein’s sexual adventures, although Bob Weinstein has risibly distanced himself from his brother. As one reporter has told the Huffington Post, people in the industry “protected Harvey Weinstein for years.”[10]

When one writer at Variety decided to write a story about Weinstein in the 1990s, he was completely blacklisted. One colleague warned him about the magazine’s unofficial policies: “We don’t do those kinds of stories about Miramax.”[11] The Huffington Post itself reported:

“That sentiment was well-known at Variety, which was then one of the most highly influential institutions in Hollywood, another former Variety employee said. ‘You’d never find a critical piece about Harvey or about his company, which at the time was Miramax, in the paper. You just wouldn’t,’ according to the employee. ‘It almost became the unspoken rule….’

“In 1997, Michael Evans, the New York advertising sales director for the magazine, told The New York Times that Miramax had purchased about 40 percent of all Oscar ads in Variety’s weekly edition. ‘That was a huge source of income for Variety, and Variety of course needed the money,’ said one employee.

“Two years later, while pushing the films ‘Life Is Beautiful’ and ‘Shakespeare In Love’ ― the latter of which eventually won the Oscar for best picture ― Miramax’s aggressive marketing changed the way Oscar campaigns were run.”[12] Peter Bart, Variety’s editor-in-chief, was essentially a pawn of the Weinstein Company.

The screenwriter Scott Rosenberg has written:

In a similar vein, director and producer Judd Apatow tweeted: “And what about his staff? People say, ‘Did they know?’ Of course they knew.”[13] Another observer declared that “It’s naïve to think that Harvey is the only Harvey out there.”[14] The New Yorker reported:

“On Tuesday, Harvey Weinstein’s business partner and brother, Bob, who has called Harvey ‘indefensible and crazy,’ was accused of sexual harassment by a showrunner on a Weinstein Company television project, a claim he denies.”[15]

The Weinstein debacle simply confirms the theory that the Khazarian Mafia in Hollywood has become problematic to America and much of the world. The debacle also shows that the problem cannot be solved unless the Khazarian Satanic Cult is completely removed from places of influence. In the Middle Ages, this process was known as Sicut Judaeis non.[16] We certainly need something similar in our time.

[2] For a recent article, see Dana Goodyear, “Harvey Weinstein’s Former Employees Reckon With What They Knew and What They Didn’t,” New Yorker, October 19, 2017.

[8] “Quentin Tarantino opens up about Harvey Weinstein: ‘I knew enough to do more than I did,’” Entertainment Weekly, October 19, 2017.

[9] Nardine Saad, “Former actress says Harvey Weinstein forced her to touch his genitals: ‘This was how things work in Hollywood,’” LA Times, October 20, 2017.

[13] Goodyear, “Harvey Weinstein’s Former Employees Reckon With What They Knew and What They Didn’t,” New Yorker, October 19, 2017.