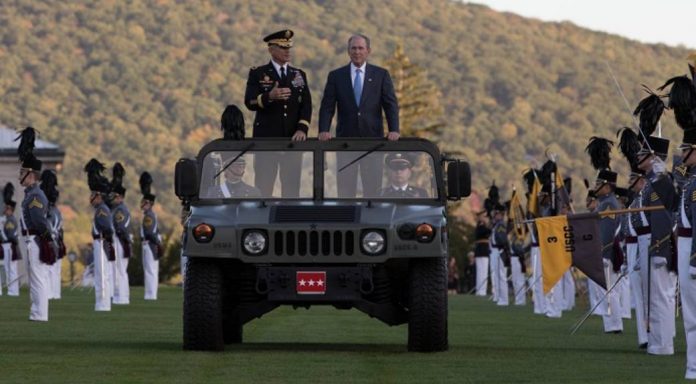 As many as 42 percent of non-white US troops said they have personally experienced examples of white nationalism in the military, as opposed to about 18 percent of white service members, according to a new poll.

Twenty five percent of all soldiers who took a Military Times survey have said they have seen examples of white nationalism among their fellow service members,

When asked whether white nationalism posed a threat to national security, 30 percent of respondents viewed it as a significant danger, ranking higher than many international hot spots, such as Syria (27 percent), Pakistan (25 percent), Afghanistan (22 percent) and Iraq (17 percent).

Some soldiers left comments that the survey wasn’t broad enough, though. Some 5 percent complained that groups like Black Lives Matter, whose stated goal is to raise awareness of violence and discrimination against black people, wasn’t included among the options of ‘threats to national security.’

The poll was conducted between September 7 and 25, and involved 1,131 active-duty US troops. The responders were 86 percent male, 14 percent female, and had a mean age of 30 years.

The poll was conducted a month after white supremacist group marches and clashes with counter protests in Charlottesville, Virginia, between August 11-13. 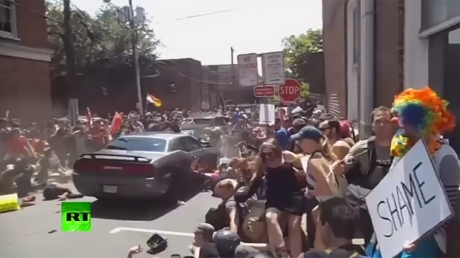 Three people died and at least 33 were injured during the August clashes. In one incident, 20-year-old white nationalist James Fields plowed his car into a group of counter-protesters killing one person and injuring 19 others. Fields was charged with second-degree murder and the Department of Justice announced a civil rights investigation into the case.

Dillion Ulysses Hopper, a leader of the white supremacist group Vanguard America, which headlined the rally in Charlottesville, was a marine staff sergeant in good standing. He had served in the Marines from 2006.  Vanguard America is said to oppose multiculturalism and “believes that America is an exclusively white nation.”

The survey found more than 60 percent of troops would support activating the National Guard or reserves to deal with civil unrest, such as the events in Charlottesville or Ferguson. The National Guard was brought in to handle crowd control by Virginia Governor Terry McAuliffe when he declared a state of emergency while Texas Governor Greg Abbott called on the unit to help in Houston after it was battered by Hurricane Harvey.

In August, a news report said military recruiters are being told to avoid enlisting neo-Nazis, skinheads and other white supremacists. They were told to look for tattoos showing barbed wire, lightning bolts, skulls, swastikas, hobnailed boots and hammers.

“There is no place for racial hatred or extremism in the Marine Corps,” Marine Corps Commandant General Robert B Neller told Stars and Stripes.

There have been longstanding concerns about right-wing extremists infiltrating the armed services to gain tactical knowledge and insights into troops’ radicalization after they’ve joined.

Military veterans have carried out extremists attacks in the US in the past decade. Most recently, in August 2012, when Michael Page killed six people at a Sikh temple in Oak Creek, Wisconsin, before committing suicide by shooting himself in the head after he was shot in the stomach by a responding officer. Page was an American white supremacist and army veteran.

In 2011, Kevin Harpham, who served in the army, placed a radio-controlled pipe bomb along the route of that year’s Martin Luther King Jr memorial march in Spokane, Washington. Police were able to defuse the bomb. Harpham was arrested in March and sentenced to 32 years in prison for the attempted bombing.

Five years ago, a photograph surfaced showing a sniper team in Afghanistan posing in front of an American flag with a logo resembling the notorious Nazi SS. The Marine Corp confirmed the photograph. Marine spokesman Lt. Col Stewart Upton told The Guardian the marines in the photograph were no longer with the unit.