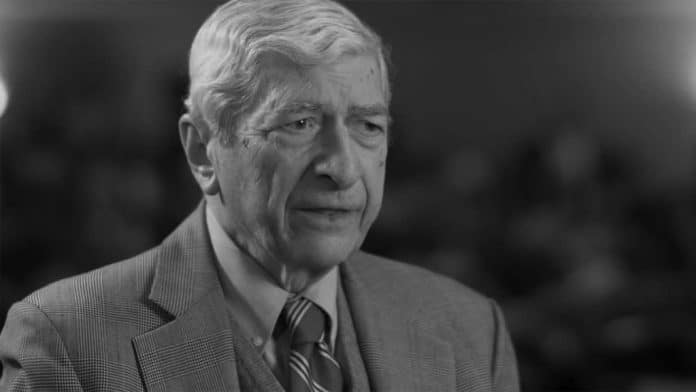 Respected journalist for over 60 years, Marvin Kalb has just released his latest book about his experience in the Soviet Union in 1956.

The Year I Was Peter the Great: 1956―Khrushchev, Stalin’s Ghost, and a Young American in Russia is a chronicle of the year that changed Soviet Russia―and molded the future path of one of America’s pre-eminent diplomatic correspondents.

Yes 1956 was an extraordinary year in modern Russian history. It was called “the year of the thaw”―a time when Stalin’s dark legacy of dictatorship died in February only to be reborn later that December. This historic arc from rising hope to crushing despair opened with a speech by Nikita Khrushchev, then the unpredictable leader of the Soviet Union.

He astounded everyone by denouncing the one figure who, up to that time, had been hailed as a “genius,” a wizard of communism―Josef Stalin himself.

Now, suddenly, this once unassailable god was being portrayed as a “madman” whose idiosyncratic rule had seriously undermined communism and endangered the Soviet state. 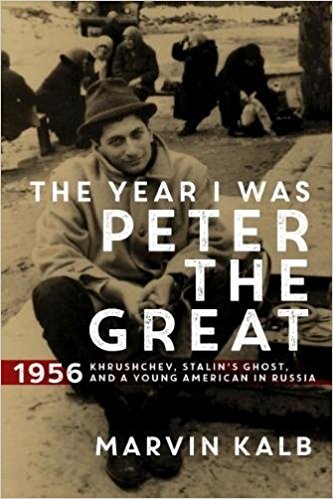 This amazing switch from hero to villain lifted a heavy overcoat of fear from the backs of ordinary Russians. It also quickly led to anti-communist uprisings in Eastern Europe, none more bloody and challenging than the one in Hungary, which Soviet troops crushed at year’s end.

Marvin Kalb, then a young diplomatic attaché at the U.S. Embassy in Moscow, observed this tumultuous year that foretold the end of Soviet communism three decades later.

Fluent in Russian, a doctoral candidate at Harvard, he went where few other foreigners would dare go, listening to Russian students secretly attack communism and threaten rebellion against the Soviet system, traveling from one end of a changing country to the other and, thanks to his diplomatic position, meeting and talking with Khrushchev, who playfully nicknamed him Peter the Great.

In this, his fifteenth book, Kalb writes a fascinating eyewitness account of a superpower in upheaval and of a people yearning for an end to dictatorship.

born June 9, 1930, Kalb is an American journalist. Kalb was the founding director of the Shorenstein Center on Media, Politics and Public Policy and Edward R. Murrow Professor of Press and Public Policy from 1987 to 1999. The Shorenstein Center and the Kennedy School are part of Harvard University. He is currently a James Clark Welling Fellow at George Washington University and a member of the Atlantic Community Advisory Board. He is a guest scholar in Foreign Policy at the Brookings Institution.

Kalb spent 30 years as an award-winning reporter for CBS News and NBC News. Kalb was the last newsman recruited by Edward R. Murrow to join CBS News, becoming part of the later generation of the “Murrow Boys.” His work at CBS landed him on Richard Nixon‘s “enemies list”. At NBC, he served as chief Diplomatic Correspondent and host of Meet the Press. During many years of Kalb’s tenures at CBS and NBC, his brother Bernard worked alongside him.

Kalb has authored or coauthored many nonfiction books (Eastern Exposure, Dragon in the Kremlin, The Volga, Roots of Involvement, Kissinger, Campaign ’88, The Nixon Memo and One Scandalous Story) and two best-selling novels (In the National Interest and The Last Ambassador). His new book, The Year I was Peter the Great, was published on October 10, 2017.

He hosts The Kalb Report, a monthly discussion of media ethics and responsibility at the National Press Club in Washington, D.C. sponsored by George Washington University. He was a news analyst for Fox News, and is a contributor to National Public Radio and America Abroad. He is currently a senior adviser at the Pulitzer Center on Crisis Reporting.