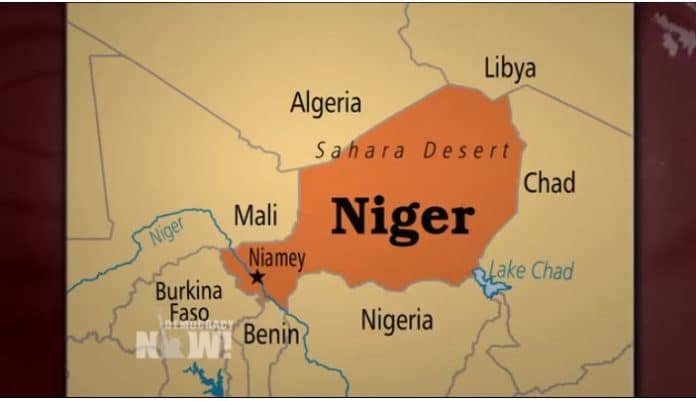 The Democracy Now story above relates back to the Clinton State Department and the destabilization caused by the removal of Gaddafi. The reason the episode above is so important is that it provides the basis for the war in Libya. This was to remove the gold in conjunction with the Sarkozy government and to prevent Africa from flourishing through self- determination.

From an email I sent to Tulsi Gabbard during the Sanders Campaign: “Hillary Clinton’s role in Libya was said to be for ‘democracy’ building. “She then worked tirelessly to ensure the US jumped into the war, pushing back against then-Defense Secretary Gates, National Security Advisor Tom Dolan, and Vice President Joe Biden, who wanted to stay out of the conflict,” according to an article about the New York Times expose. After reading this, I felt there must be more to the story.

It was more than “democracy” building causing her to go against others in the Administration who were very solid in foreign policy decisions. According to one of the published emails from the Clinton server, the French objectives for the war that Clinton was aware of included “French President Nicholas Sarkozy as leading the attack on Libya with five specific purposes in mind: to obtain Libyan oil, ensure French influence in the region, increase Sarkozy’s reputation domestically, assert French military power, and to prevent Gaddafi’s influence in what is considered ‘Francophone Africa.'” These objectives also related to the gold that Gaddafi had amassed to start a new a pan-African currency based on the Libyan golden Dinar.

‘We need to focus on this as a leadership issue, in my opinion. A key question to Clinton is the “war of regime” part of her doctrine? And for who’s interests? Did she lie about the true objectives to the American public? Did she lie to Congress?

What was the outcome of her decision making? She went against key people involved in foreign policy, and it seems clear that there should se some questions asked in regards to the benefactors if the French met their objective with the overthrow of Gaddaffi. The American people did not benefit from a destabilized Libya, so please examine these details and look further to provide Candidate Sanders with pertinent questions to ask Clinton with in regards to her objectives in Libya.”

The Democracy Now episode above also describes a faction of white supremacists that were injected into Libya.

When attempting to understand what is the Us corporate Government vs the Unites States of America, one would have to go back to the concept of Sovereignty. This was the foundation of out country and written about here.

“After signing the Declaration of Independence on July 4, 1776, and winning the revolutionary war which ended with the Paris Peace Treaty signed September 3, 1783, all American colonists became free, Sovereign people, endowed with the same rights that the King of England had,” according to USAvsUS.info

“Also, via the Treaty of Paris in September of 1783, King George parted with the Northwest Territory which was unsettled and not yet colonized. The Northwest Ordinance was set in place in July of 1787 to govern the territory until such a time the territory became states united with the initial thirteen.”

“… at the Revolution, the sovereignty devolved on the people, and they are truly the sovereigns of the country, but they are sovereigns without subjects, and have none to govern but themselves; the citizens of America are equal as fellow citizens, and as joint tenants in the sovereignty … Sovereignty is the right to govern; a nation or State sovereign is the person or persons in whom that resides.

In Europe, the sovereignty is generally ascribed to the Prince; here, it rests with the people; there, the sovereign actually administers the government; here, never in a single instance; our Governors are the agents of the people, and, at most, stand in the same relation to their sovereign in which regents in Europe stand to their sovereigns. Their Princes have personal powers, dignities, and preeminences; our rulers have none but official; nor do they partake in the sovereignty otherwise, or in any other capacity, than as private citizens.”

Is AFRICOM pushing the Shift East indirectly? Through not addressing the internal destabilization efforts began during the Clinton State Department, continuing on today. The USA needs to address itself and destabilization as it continues to weaken America internally.

As Americans continue to drive around their cities with more homes for sale, the military industrial complex is causing through its destabilization efforts a weakening internally of its financial stability. Until the Truth actually comes out about the US Corporate Government, this will continue.

In my travels I have found out about the American Gold that was transferred through the UK then to Switzerland and to Russia prior to 9/11/2017. At the time trillions of dollars were reported missing by Donald Rumsfeld. This happened 9/10/2001. I suspect this computer controlled numbers on paper went directly to what can be called the “Secret Space Program.” This was also contributed to by those in the by those very high up in regards to the high tech world.

This possibly also relates to Renaissance Technologies and its key partner who was Trump’s largest campaign contribute. I have wondered about SCL for a very long time and its positioning politically. I wrote about it here in this article, “Microtargeting America to Ignore a Compromised Presidency.” In the article I wrote SCL was based out of Russia and served the far-Right in the US. They were into fomenting conflict and also had a relationship with NATO that was working to create war with Russia. It was a push-pull strategy and one that Putin relating with the Bush Administration and his close contacts with Netanyahu would force one to examine more closely.

In the article where I compared Bush/Putin and Netanyahu, “American Oxygen Sucked Out By Far-Right Agenda,” and outlined their plot which now can be called “master plan.” A fraudulent plan to make people subservient to a police state or off world agenda that is counter to humanity and the beings that live on this planet.

Considering where the gold from the United States of America went and the amount of funding “missing” from the Department of Defense budget, the implications can be clearly seen. AFRICOM’s actions in Niger are basically the last throws of death for the US Corporate government.

The key is will anyone come forward and admit to the truth behind the destabilization efforts internally within the US power structure to prevent the Shift East? The United States of America needs to address these issues to Provide for the Common Defense.

The best thought I had this morning is that I am a Citizen of the United States of America, and I intend to pursue all enemies Foreign and Domestic, as I have every day for many years, since at least 1997.

What has been uncovered is truly remarkable. And it is possible to save the United States of America.

We also need to look at the “far out” off-world agenda that many people refuse to discuss. I wish a good day to my friends on Jupiter, Saturn was Good a few days ago and I hope no one minds me putting this information in. We are evolving at a higher rate than is expected. People are reporting amazing phenomenon and this is not to be seen as scary in any way.

Dare I say there may be a new agenda for off-worlders that is now coming in with our planetary Negative correctly placed and our Sun healing itself. We just need to evolve past our use of fossil fuels, oil, in our galaxy. This Planet is not for sale for resource stripping. And nor are the others. We have the Right to Divinity in our Galaxy and which includes Africa.

The USA will not loose and they need to question the potential scam Trump tried to pull on America since at least 1991 with Ghislaine Maxwell, with parts of it written about by me here, Exclusive: Investigation, Trump, Acosta – Epstein Pedophile Plea Deal. Certain Intelligence Professionals need to use the Divine Integrity Agreement to find out the Truth, and they know how to do it.

I believe this is a positive change that people have wanted to make all along.