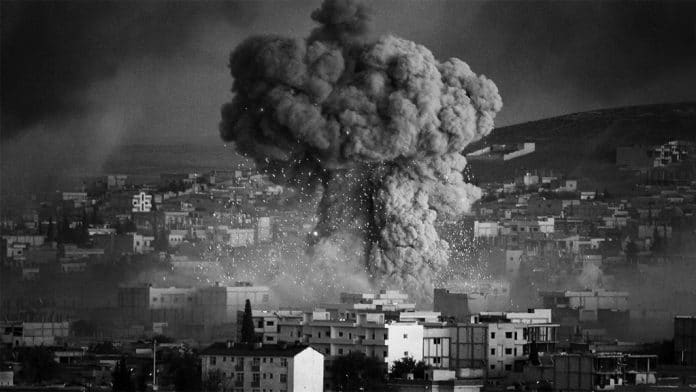 On October 26, US-backed Syrian Democratic Forces (SDF) continued their successful operation on the eastern bank of the Euphrates and entered the oil fields of al-Tanak and Galban, according to pro-Kurdish sources. Earlier, the US-backed force reportedly established control over the oil fields of Azraq and Jarnof, Saban, Northern Omar, Maleh and Mqaat.

Thus, the SDF de-facto won the race for the oil and gas infrastructure located in the area with the Syrian Arab Army (SAA).

Pro-opposition sources reported that ISIS just handed over the al-Tanak oil field to the SDF within the framework of the previously reached agreement. No more details were provided. Most likely these reports are linked to the alleged SDF-ISIS deal reported by the Syrian Observatory for Human Rights (SOHR) on October 22. According to this report, ISIS was set to surrender the entire area including Hajin village to the US-backed force.

Pro-SDF sources explain the situation with the top-class US air support and combat characteristics of SDF troops.

On October 25, the SAA liberated the Idustrial Area and a large part of Khassarat district from ISIS in the city of Deir Ezzor. Now, government forces are aiming to separate further Saqr Island from the rest of the ISIS-held area in Deir Ezzor. When this is done, the SAA and the NDF will be able to isolate the remaining ISIS units in Saqr Island and to clear it from the terrorists.

However, on October 25 and October 26, Iraqi forces advanced further in areas seized by KRG forces beyond the borders of the Kurdish autonomous region. Experts believe that the army and its allies will continue operation in the contested areas until KRG military forces fully withdraw from it.