Outgoing Israeli envoy to US Michael Oren said back in 2013 that Israeli officials wanted Assad out of Syria since the beginning of the Syrian war—by any means necessary. If that would involve supporting terrorist cells in the region, said Oren, then so be it. Oren unapologetically declared:

Syria, unlike Saudi Arabia and Egypt, hasn’t succumbed to the Zionist project in the Middle East. This was one reason why both the United States and Israel attempted to overthrow Assad way back in 2006. Why were they trying to get rid of Assad? Well, simple.

In 2001, Assad declared that the Israeli regime “tried to kill the principles of all religions with the same mentality in which they betrayed Jesus Christ and the same way they tried to betray and kill the Prophet Muhammad.”[6]

Assad condemns and repudiates anti-Semitism. But Assad maintains that Jews played a crucial role in the death of Christ, and “these are historical facts that we cannot deny.” This is indeed true, for even the Talmud agrees that Jewish leaders played a tremendously powerful role in the death of Christ. The Talmud says that Jesus was rightly executed for practicing sorcery and for leading Israel astray.[7] Rabbinic scholars and writers over the centuries, including Maimonides, have agreed on this. 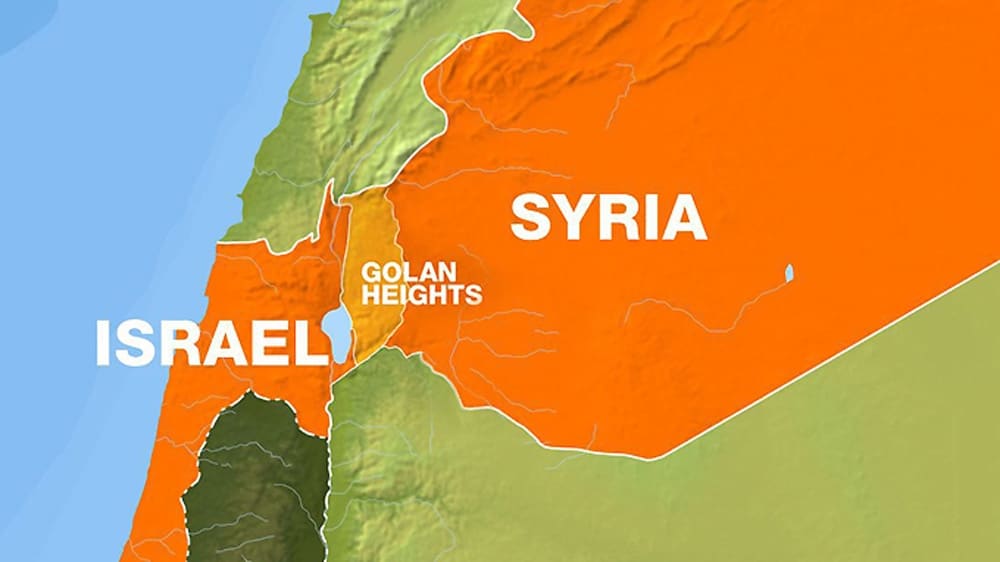 Obviously the Israeli regime was not going to support Assad when he declared that they were in the business of declaring war on the principles of all religions. Assad again is not an anti-Semite. Even Bloomberg declared:

“‘Assad sees the rebuilding of Jewish Damascus in the context of preserving the secularism of Syria,’ said Josh Landis, director of the Center for Middle East Studies at the University of Oklahoma in Norman. ‘This is an effort by the regime to show its seriousness and an olive branch to the Jewish community in America, which they have been wooing.’”[8]

But that of course means nothing to Satanists and NWO agents because Assad made a big mistake by resurrecting the age-old question about Jewish subversive movements. Ever since, NWO agents have tried to destroy his government. Listen to this:

“In the case of Syria, the cables [documents] show that regime change had been a longstanding goal of US policy; that the US promoted sectarianism in support of its regime-change policy, thus helping lay the foundation for the sectarian civil war and massive bloodshed that we see in Syria today; that key components of the Bush administration’s regime-change policy remained in place even as the Obama administration moved publicly toward a policy of engagement; and that the US government was much more interested in the Syrian government’s foreign policy, particularly its relationship with Iran, than in human rights inside Syria.

“This cable suggests that the US goal in December 2006 was to undermine the Syrian government by any available means [including lying, of course, as we saw when they blamed Assad for using chemical weapons], and that what mattered was whether US action would help destabilize the government, not what other impacts the action might have.

“In public the US was in favor of economic reform, but in private the US saw conflict between economic reform and ‘entrenched, corrupt forces’ as an ‘opportunity.’ In public, the US was opposed to ‘Islamist extremists’ everywhere; but in private it saw the ‘potential threat to the regime from the increasing presence of transiting Islamist extremists’ as an ‘opportunity’ that the US should take action to try to increase.

“[One US official by the name of William Roebuck] argued that the US should try to destabilize the Syrian government by coordinating more closely with Egypt and Saudi Arabia to fan sectarian tensions between Sunni and Shia, including by the promotion of ‘exaggerated’ fears of Shia proselytizing of Sunnis, and of concern about ‘the spread of Iranian influence’ in Syria in the form of mosque construction and business activity.

“By 2014, the sectarian Sunni-Shia character of the civil war in Syria was bemoaned in the United States as an unfortunate development. But in December 2006, the man heading the US embassy in Syria advocated in a cable to the secretary of state and the White House that the US government collaborate with Saudi Arabia and Egypt to promote sectarian conflict in Syria between Sunni and Shia as a means of destabilizing the Syrian government.

According to several documents, both Israel and the United States wanted to create sectarian violence in Syria, thus destroying the entire country from within.

“It was easy to predict then that, while a strategy of promoting sectarian conflict in Syria might indeed help undermine the Syrian government, it could also help destroy Syrian society….

“So, while the sectarian character of the civil war in Syria is now publicly bemoaned in the West, it seems fair to say that in 2006 the US government foreign policy apparatus believed that promoting sectarianism in Syria was a good idea, which would foster ‘US interests’ by destabilizing the Syrian government.”[10]

Have US officials and the Israeli regime changed their diabolical plan in Syria? Not really. U.S. Secretary of State Rex Tillerson has recently declared that

“The United States wants a whole and unified Syria with no role for Bashar al-Assad in the government.

“It is our view and I have said this many times as well that we do not believe that there is a future for the Assad regime and Assad family. The reign of the Assad family is coming to an end. The only issue is how that should that be brought about.”

Since Tillerson is a puppet of the Israeli regime, one can safely say that his statement here came from Tel Aviv. His statement also indicates that the Israeli regime still wants to take diabolical actions in Syria. The good news is that the world is waking up, and Netanyahu still cannot do whatever he wants in the region. This certainly makes the mad man sad.

[7] For a historical study on this, see Peter Schafer, Jesus in the Talmud (Princeton: Princeton University Press, 2007).