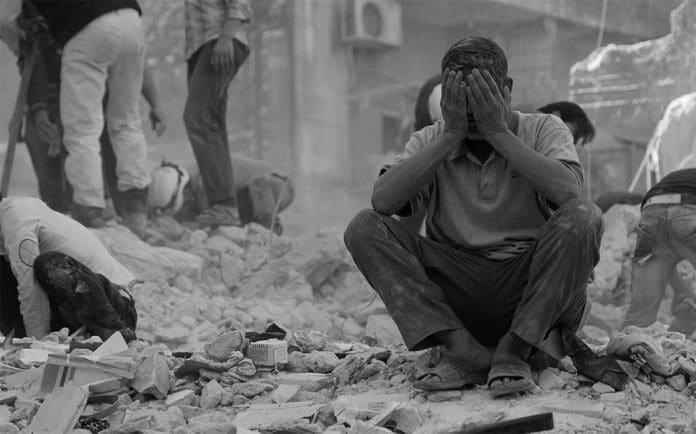 Syrian and Iraqi forces are advancing jointly on the ISIS border strongholds of al-Qaim and al-Bukamal.

On October 26, the Syrian Arab Army (SAA) and Hezbollah liberated the T2 Pumping Station from ISIS units after a few days of intense fighting in the area.

On the same day, the Iraqi Army and the Popular Mobilization Units (PMU) launched their push towards al-Qaim along the Baghdad-Deir Ezzor highway and from the direction of Akashat. Iraqi forces established control over the H1 and H2 airbases, Maslus Mount, the State Company for Phosphate and the Agricultural Research Service as well as many other points south of al-Qaim. The army and the PMU also liberated Hawijah Karablah and reached Rawa west of the ISIS stronghold.

On October 27, the SAA and Hezbollah advanced further in the direction of al-Bukamal from the T2 pumping station, according to pro-government sources.

Meanwhile, Iraqi forces entered Rawa, which is the last notable ISIS defense site preventing the army and the PMU from isolating al-Qaim from the western direction.

The joint advance showed that ISIS does not have enough manpower to keep strong defense lines against government troops in both Iraq and Syria. In the coming days, Iraqi forces will likely be able to isolate al-Qaim city on the Iraqi side of the border. This will open additional opportunities for the SAA to advance on al-Bukamal along the Syrian part of the Baghdad-Deir Ezzor highway.

Once the highway is liberated, it will become an important supply line between Syria and Iraq. It will also allow Iran to provide its assistance to Syria via a land route.

On October 26, the SAA liberated Saqr Island, secured the entire al-Sinaa area and forced ISIS members to retreat deeper into the northern part of Deir Ezzir city. On October 27, clashes continued in al-Mazara and Khassat.

The advance is led by the SAA Tiger Forces and the Republican Guard. Government forces are focusing on Deir Ezzor city in order to strengthen their positions on the western bank of the Euphrates ahead of the expected battle for al-Bukamal.