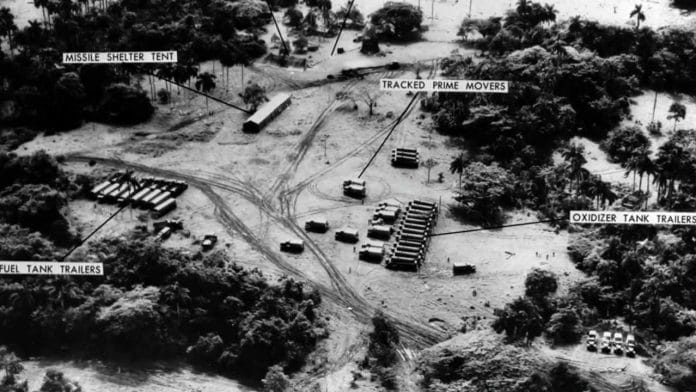 On this 28th day of October in 1962, Soviet Union Premier Nikita Khrushchev orders withdrawal of missiles from Cuba, ending the Cuban Missile Crisis.

In 1960, Khrushchev had launched plans to install medium and intermediate range ballistic missiles in Cuba that would put the eastern United States within range of nuclear attack.

In the summer of 1962, U.S. spy planes flying over Cuba had photographed construction work on missile facilities. President John F. Kennedy announced a naval blockade to prevent the arrival of more missiles and demanded that the Soviets dismantle and remove the weapons already in Cuba.

The situation was extremely tense and could have resulted in war between the United States and the Soviet Union, but at the last minute, Khrushchev turned the Soviet ships around that were to deliver more missiles to Cuba and agreed to dismantle and remove the weapons that were already there. Kennedy and his advisers had stared the Soviets down and the apparent capitulation of the Soviet Union in the standoff was instrumental in Khrushchev’s being deposed in 1964.