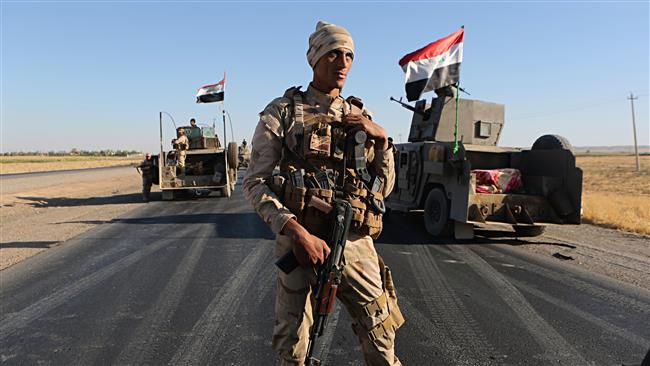 [ Editors Note: As I am writing, breaking news tells us that Barzani will address the Kurdish Parliament on Sunday to discuss “a national question”. The speculation is that he might not extend his presidential term past November 1.

The referendum was a crushing defeat, and Abadi had no problem telling Barzani why – that he pulled the stunt while the country was still at war with ISIS, everyone but the Kurds that is. The choice of timing was of course Barzani’s, and it was a huge mistake.

The best part is that not a lot were killed, and those that were, on the Kurdish side, had their lives thrown away for nothing. It was a completely nonsensical plan for the Kurds to think they could pull this off. Why?…because they had the Israelis behind them?

As I have been editorializing for several months, there will be neither peace nor security until the borders of Syria, Iraq, Turkey and Iran are secure. And that means allowing no one to have a free pass to use a border crossing to support an insurgent movement.

Iraq and Syria should construct a “hot pursuit” agreement where either side can cross that border, for instance, up to 5 kilometers when chasing after bad guys or breaking up an impending attack. They need a joint drone surveillance command and combat drones paid for by both.

VT, via Gordon, had advised the Iraqis to forward deploy some of their large howitzer resources to always have any invasion routes covered. This setup could have destroyed the ISIS columns in motion to take Mosul while they were completely exposed in the desert. Blimp coverage was presented to them to be able to keep the danger areas under constant surveillance.

We advised them that their big threat was an attack from Syria. They just would not believe it, countering that all revolts were born in Fallujah, and they would always know when something was brewing there. They were wrong, and paid dearly for it. And no one wants to see the “I told you so” people after a disaster like that”… Jim W. Dean ]

A reported agreement between Baghdad and Erbil facilitated the peaceful handover of the border posts to the federal Iraqi forces.

In a statement released on Friday, the office of Iraqi Prime Minister Haider al-Abadi said he had ordered a 24-hour suspension of military operations against Kurdish militants.

The halt in fighting “should allow a joint technical committee… to work on the deployment of federal Iraqi forces in all disputed areas, including Fish-Khabur, and the international borders,” the statement read. “This should prevent bloodshed between the children of the same country.”

The KRG confirmed that the truce had taken effect at 1 a.m. local time on Friday (2200 GMT on Thursday).

Vahal Ali, the director of KRG President Masoud Barzani’s media office, told Reuters, “The ceasefire is holding,” adding, “Diplomatic efforts are underway to set a date for talks to start between Erbil and Baghdad.”

The development came less than two weeks after Iraqi government troops began an operation to take back positions held by Kurdish Peshmerga forces since 2014, when they joined the fight against Daesh terrorists.

The military campaign was a response to a controversial referendum on the secession of the Kurdistan Region and a refusal by the Kurdish militants who had overrun territory in the course of the fight with Daesh to leave those areas.

The KRG held the plebiscite on September 25 in defiance of strong objection from Baghdad and Iraq’s neighbors, particularly Iran and Turkey.

On October 16, the first day of the operation, the federal Iraqi forces managed to capture the Kurdish-held city of Kirkuk.

Under mounting pressure, the Kurdish leadership offered on Wednesday to freeze the results of the vote and engage in dialog with the central government, but Baghdad wants the results to be totally annulled.