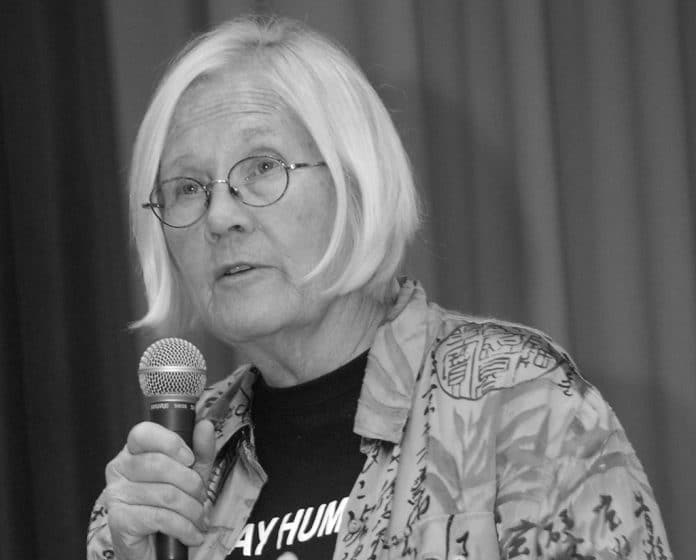 About Guest:  Ann Wright grew up in Bentonville, Arkansas, and attended the University of Arkansas, where she received a master’s and a law degree. She also has a master’s degree in national security affairs from the U.S. Naval War College. After college, she spent thirteen years in the U.S. Army and sixteen additional years in the Army Reserves, retiring as a Colonel. She is airborne-qualified.

In 1987, Col.Wright joined the Foreign Service and served as U.S. Deputy Ambassador in Sierra Leone, Micronesia, Afghanistan, and Mongolia. She received the State Department’s Award for Heroism for her actions during the evacuation of 2,500 people from the civil war in Sierra Leone, the largest evacuation since Saigon.

She was on the first State Department team to go to Afghanistan and helped reopen the Embassy there in December 2001. Her other overseas assignments include Somalia, Kyrgyzstan, Grenada, Micronesia, and Nicaragua.

On March 19, 2003, the eve of the U.S. invasion of Iraq, Ann Wright cabled a letter of resignation to Secretary of State Colin Powell, stating that without the authorization of the UN Security Council, the invasion and occupation of a Muslim, Arab, oil-rich country would be a a violation of international law.

Since then, she has been writing and speaking out for peace. She fasted for a month, picketed at the US prison at Guantánamo, Cuba, served as a juror in Bush impeachment hearings, traveled to Iran as a citizen diplomat, and has been arrested numerous times for peaceful, nonviolent protest of Bush’s policies, particularly the war on Iraq.

She has been on delegations to Iran and was in Gaza three times in 2009, following the Israeli attack on Gaza that killed 1,440 and wounded 5,000. She was an organizer for the Gaza Freedom March that brought 1,350 persons from 44 countries to Cairo, Egypt, in solidarity with the people of Gaza.

She was on the May, 2010 Gaza flotilla that was attacked by the Israeli military and was an organizer for the US Boat to Gaza, The Audacity of Hope, in the 2011 Gaza flotilla. She lives in Honolulu.

She is the co-author of Dissent: Voices of Conscience and and appeared
in the documentary “Uncovered”.