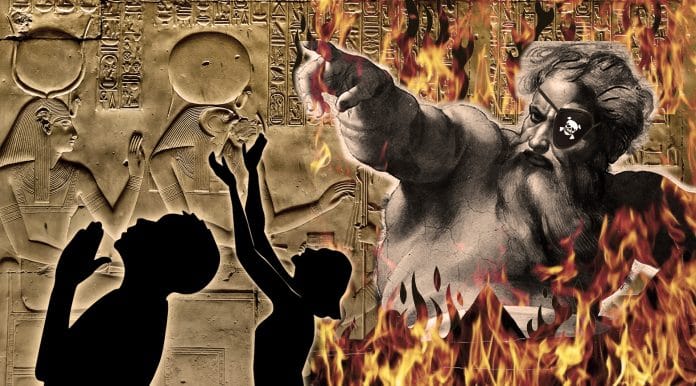 Why didn’t Ancient Egyptians convert to the cult of the Israelites after witnessing first-hand the miraculous & devastating Ten Plagues? Or maybe those Plagues were not miraculous and devastating enough for them?

All that it takes is one, not ten divine miracles, for man, ancient or modern, to believe in the God who revealed his power and divinity through that miracle.

The biblical scribes argue that the story of the Exodus took place in Ancient Egypt. If that argument is valid the whole people of ancient Egypt would have converted to Judaism (or to be specific, the cult of the Israelites) instantly after their God had revealed his might by “miraculously” destroying the land of Egypt and its king (mistakenly referred to as Pharaoh).

But the truth of the matter is that Egypt didn’t convert to the cult of the Israelites or Judaism at any time of its long history. Yahweh (the God of the Israelites) had never been mentioned in any Egyptian records, let alone revered or worshipped. What does that tell us? A lot, I’m afraid.

If the Bible claims that the heart of Pharaoh had been hardened by the God of the Israelites, certainly he wouldn’t have done the same to the Egyptians. For, if that was why Egyptians didn’t convert, then the whole business of the Ten Plagues would have been futile and meaningless, morally speaking, that is. Even if the Israelites had managed to flee Egypt, that miraculous escape (as portrayed in the book of Genesis) should have left its dramatic mark on the Egyptians and their old beliefs and traditions.

Most of the followers of the Judeo-Christian faith (Muslims included) will answer to this paradox in the story of the Exodus by simply reiterating what they have been spoon-fed in their infancy. “The Exodus had one mission and that was to get the Israelite salves out of Egypt” they will swiftly and unwittingly respond. Not realizing that such an answer will only degrade the Israelite God from his alleged lofty and universal status to a minor and tribal God that had once been created by his own tribe.

If the ultimate goal of the story of Pharaoh and Moses is to simply offer a safe exit – through devastation and carnage – for a specific group of people out of a specific land, which by the way was not Egypt, then we could safely identify the Israelite story as unjust and amoral, and the Israelite god tribal and cherry-picking. A morally corrupt premise that ultimately gave birth to the ugly concept of God’s chosen people.

Back to the miracles, try and imagine yourself amongst Ancient Egyptians who had survived the devastation of the Ten Plagues. You had witnessed firsthand the might of the God of the Israelites as he revealed himself through the ten plagues (zombie-like rampage during which armies of frogs, lice, flies, hail, locusts were unleashed on the land of Egypt and its people, the water of the River Nile had turned into blood, every first born killed and finally the whole land was shrouded in thick darkness).

Yahweh had obviously shown to Egyptians the utter impotence of their gods and demonstrated beyond any reasonable doubt his power over them. If you were an Egyptian, stunned and with unbelieving eyes witnessed those miracles as they wreaked havoc on the land of Ancient Egypt and its people, what would your reaction be? 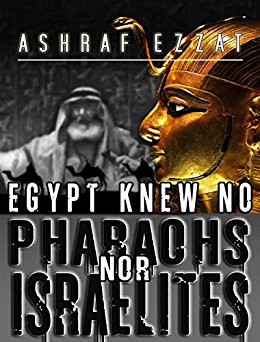 Humbled by the might and revelation of Yahweh, certainly you would have gotten down on your knees, and with tears in your eyes you would have implored Yahweh for forgiveness as you renounced the Egyptian (impotent) deities and converted wholeheartedly to the religion of the Israelites and their (almighty) god.

But that never happened, the Egyptian gods like Amun-Re, Horus, Isis and Osiris stood tall in their temples, revered by Egyptians for many centuries after the alleged biblical timing of the story of the Exodus.

But that as we said never happened, not then nor at any other point in time later on. Egypt never converted to Judaism. The reason for that is very simple and very self-evident; Ancient Egypt was never hit with the so called Ten Plagues, for Egypt knew neither Pharaoh nor Moses.

… Yes, the story of Pharaoh and Moses never took place in Ancient Egypt.