Editor’s note: VT believes George Papadopoulos to be a groomed Mossad operative placed inside the Trump campaign.  He was first arrested back in July and agreed to a plea bargain that was only made public today.  What he has been doing since is worth volumes.

Did Papadopoulos “catfish” the Russians?  Was “the professor” a Russian agent or as we believe, Papadopoulos “handler” in a move against both Russia and the US?

If so, is Mueller falling into a trap or does he have a handler too?

As we follow the narrative of the Papadopoulos guilty plea, the read out here differs considerably.  There was no proof it was Russians at all.  You see, Papadopoulos was laundered into politics through the Hudson Institute, long recognized as one of many Washington “stink tanks” allied with Israel’s Likudist extremist movement and their Mafia backers.

The game Papadopoulos is playing out shows signs of staging, a plea deal for a very minimal violation that does so much more than the Manafort/Gates indictment, in that it places the Trump campaign directly in bed with Russian intelligence.

When we look at how it all comes together, however, it may well be that everyone is played here, Russia for sure, Trump as well.  This was an insane way to get into the Trump campaign, through a “green kid,” rather than the endless number of savvy surrogates Trump had surrounded himself with.

We clearly have a sniff test problem:

The White House is yet to comment on the information. George Papadopoulos, an international energy lawyer, has become the third adviser to President Donald Trump’s campaign to face criminal charges in the Russia probe. 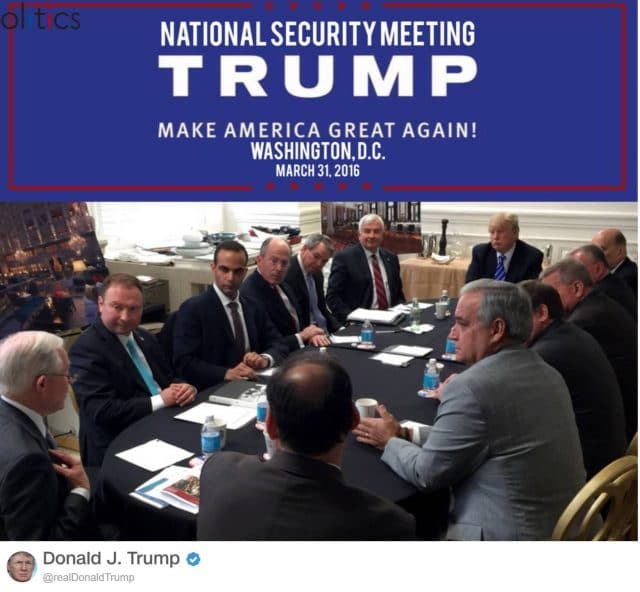 According to the US Justice Department, the former US President Donald Trump’s campaign adviser, GeorgePapadopoulos, pleaded guilty on October 5 to making false statements to FBI agents in the Russia probe. 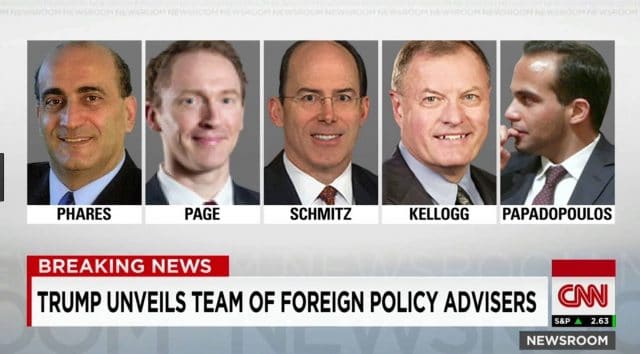 The indictment reads that Papadopoulos allegedly lied “about the timing, extent and nature of his relationships and interactions with certain foreign nationals whom he understood to have close connections with senior Russian government officials.”

The White House hasn’t yet commented on Papadopoulos’ indictment, which comes just hours after another former member of the Trump campaign, Paul Manafort was charged on 12 counts, including “conspiracy against the US” and money laundering.

Manafort, who worked as an advisor to Ukrainian former President, Viktor Yanukovych, who was ousted during violent Maidan protests resulting in a coup in February 2014, has been charged over being engaged in a multi-million dollar lobbying campaign in the US on behalf of Kiev.

READ MORE: Manafort, Gates Indicted on 12 Counts, Including Conspiracy Against US

US President Donald Trump has already commented on the first charges as part of the so-called Russia probe by saying that Manafort was accused with regard to dealings he had made “years ago”, prior to becoming part of his election team. He has also yet again stated that there was no collusion between his election campaign team and the Kremlin, a claim repeatedly denied by both the US president and Moscow.

Papadopoulos was born in Chicago, Illinois, to parents who emigrated from Thessaloniki, Greece. Papadopoulos graduated with a Bachelor of Arts in Political Arts & Government from DePaul University in 2009. He received a Master of Science from the University of London in 2010, with another master’s degree from the London School of Economics. From March 2011 to September 2015, Papadopoulos worked as a research associate at Hudson Institute. In 2012, he represented the United States at the Model United Nations in Geneva.

Papadopoulos advised Ben Carson‘s presidential campaign from November 2015 to January 2016. He joined Donald Trump’s presidential campaign in May 2016 where he performed similar tasks.[1] Three days after joining Trump’s campaign, Papadopoulos sent emails concerning Vladimir Putin to seven campaign officials. Between March and September 2016, he made at least six requests for Trump to meet with Russian politicians, one of which was rejected by Paul Manafort in May.[2][3] He was interviewed about Russia–United States relations by Interfax in September 2016, in which he said that Barack Obama promised to cooperate with Russia, but that promise did not go through.[4]

Senator Richard Burr, chair of the Senate panel investigating Russian interference in the 2016 United States elections, said in October 2017 that the panel was interested in Papadopoulos because he had sent e-mails attempting to set up meetings between Trump and Vladimir Putin.[5]

Since Trump assumed his office as President of the United States, Papadopoulos worked as an independent energy and policy consultant.[6]

RESOURCES:  100 Best Things to Do in Greece