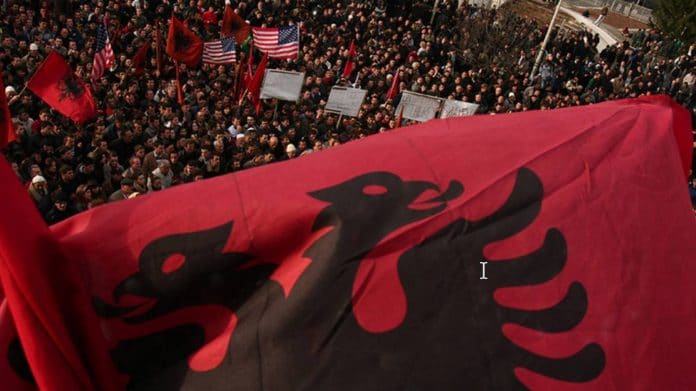 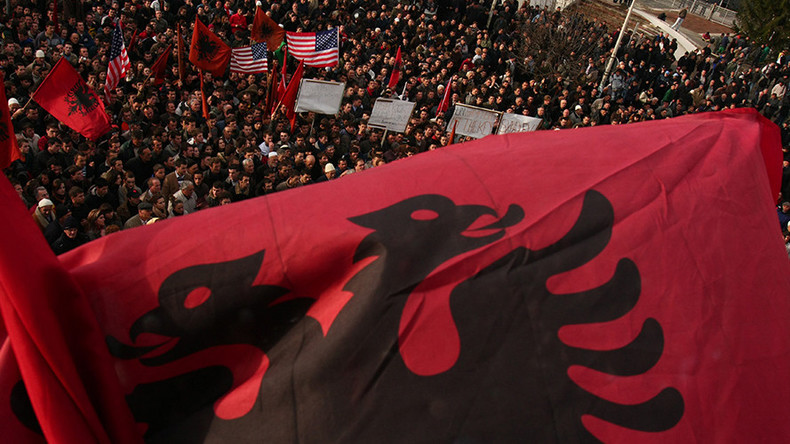 The same countries that cheered when Yugoslavia and the Soviet Union broke up and insisted on ‘independent Kosovo’ now say Catalonia’s declaration of independence is unacceptable. But they wrote the rules the Catalans are now following.

On Friday, the Catalan parliament declared independence from Spain. Madrid has refused to recognize the declaration. Anything can happen next, from a negotiated settlement of some kind to a civil war.

Tempting as it is to delve into the arguments of who is right and what should be done, this will not be an attempt to judge the legitimacy of Catalonia’s independence pitch or lack thereof. What I find interesting is the noise emanating from the capitals whose actions have enabled the crisis to arise in the first place ‒ not that they’ll ever admit it.

France, Britain, and Germany have come out against Catalan independence and in favor of Spain’s territorial integrity. So has Washington, with the State Department declaring “Catalonia is an integral part of Spain.”

NATO, of which Spain is a member, declared that “The Catalonia issue is a domestic matter which should be resolved within Spain’s constitutional order.”

How markedly different from 1999, when all these countries decided Kosovo was not a “domestic matter” or “integral part” of Serbia and took part in NATO’s illegal, illegitimate war to ensure its separation! Or 2008, when the ethnic Albanian provisional government in that occupied Serbian province declared independence, and all of these countries immediately recognized it ‒ and pressured others to do so as well. 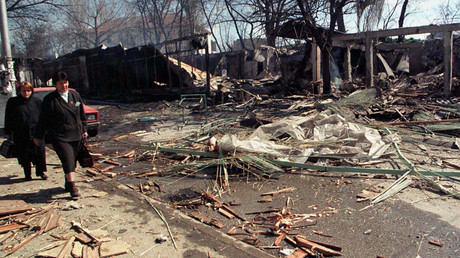 Kosovo: An evil little war (almost) all US candidates liked

“Why were they so unthinking, driven by fleeting political considerations and their desire to please – I will put it bluntly – their big brother in Washington, in providing their unconditional support to the secession of Kosovo, thus provoking similar processes in other regions of Europe and the world?” said Russian President Vladimir Putin, at the Valdai discussion club on October 19, noting that “at one point they actually welcomed the disintegration of a number of states in Europe without hiding their joy.”

It’s true: the very same countries cheered on the chaotic dismemberment of the Soviet Union and Yugoslavia, then turned around and insisted on the integrity of their shards with the same zeal with which they now champion the integrity and sovereignty of Spain. Their position on separatism isn’t principled, but opportunistic.

In March 1991, the vast majority (113 million, or 77 percent) of the Soviet Union’s inhabitants voted in favor of its preservation. Despite that, in December that year the US-backed Russian leader Boris Yeltsin struck a deal with his counterparts in Minsk and Kiev (Belavezha Accords) to dismember the USSR along the Communist-drawn borders of its republics.

Though no such agreement had been reached in Yugoslavia, where Croatia’s attempt to claim ethnic Serb territories within its own Communist-drawn borders resulted in open warfare, in January 1992, a committee of European lawyers cited the demise of the USSR to declare Yugoslavia “in dissolution.” Moreover, while Russia was recognized as the successor to the USSR, the West refused to extend the same courtesy to Serbia and Montenegro when it came to Yugoslavia, declaring they would have to reapply for recognition, even though their official independence predated any kind of Yugoslavia by 40 years. Though Yugoslavia was one of the founding members of the UN, its membership was revoked.

The stubborn insistence of Western powers on the arbitrary borders drawn up by Yugoslavia’s Communist government ‒ its only legacy they cared about preserving ‒ fueled war and atrocities. Yet in 1999, when Washington decided to crush the last vestiges of Yugoslavia by force, the rule about sacrosanct borders of republics was abruptly abandoned in favor of “might makes right,” as NATO occupied a part of Serbia and set about establishing it as a separate ethnic Albanian state. The principal argument of independence-backers was that Serbia somehow “forfeited” its right to Kosovo by allegedly oppressing and committing genocide against the ethnic Albanians. 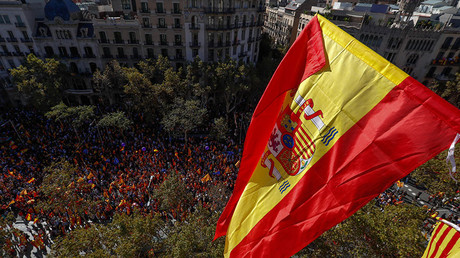 In March 2004, tens of thousands of Albanians rampaged across the province for several days, killing Serbs and looting and burning their homes and churches. Most NATO peacekeepers did little to stop it. A NATO admiral called the pogrom “ethnic cleansing,” while one UN official reportedly compared it to the 1938 “Kristallnacht” in Nazi Germany. Yet much of the Western commentariat did not see this as Albanians “forfeiting” their claim ‒ but instead proof Kosovo needed independence right away!

That was achieved in 2008, in open violation of the UN Resolution 1244. The US, NATO and most of the EU cheered. Even so, five EU members refused to go along with this travesty: Cyprus, Greece, Romania, Slovakia, and Spain.

Even though a Spaniard, Javier Solana, presided over NATO’s illegal war, and Spanish troops subsequently served as “peacekeepers” enabling the Albanian expulsion of ethnic Serbs and other “undesirables” from Kosovo, Madrid has since remained steadfast in refusing to recognize the renegade province’s statehood.

Serbia took the case to the International Court of Justice (ICJ), asking, against Washington’s objections, for a ruling on the declaration. In 2010, the ICJ caved to the backers of “Kosovian” independence by redefining the provisional government in Pristina as “representatives of the people” and concluding that nothing in international law prevented them from declaring independence as such. The dissenting judges pointed out that this was specious reasoning, with Abdul Koroma of Sierra Leone calling it a “judicial sleight-of-hand.” It was too late: Pandora’s box was already open, international law rendered null and void for the sake of legitimizing a NATO land grab. 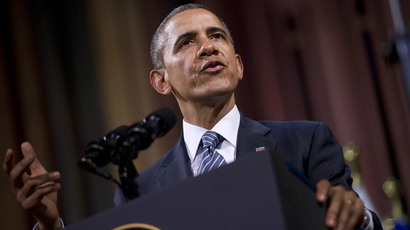 Exposed: Obama states Kosovo left Serbia only after referendum, but there was NO referendum

In March 2014, when Crimeans voted to separate from the US-backed regime in Kiev brought into power by a coup ‒ while Russian troops safeguarded them from neo-Nazi thugs that crushed dissent elsewhere in fire and blood ‒ Washington howled about “Russian aggression” and insisted on the integrity of Ukraine. Berlin, London, and Paris followed suit.

Attempting to argue that Kosovo was utterly different ‒ and not just because it was the US sponsoring the separatists ‒ President Barack Obama outright lied, claiming the existence of a proper international referendum that never took place, except in his imagination.

Washington continues to stubbornly insist that Kosovo was a “unique case,” thereby seeking to excuse its own blatantly illegal actions in Yugoslavia ‒ and later in Iraq, Libya and Syria.

Not only does the US invade whomever it wants, its leaders speak of “sovereignty” while sending various deputy assistant undersecretaries to browbeat vassal governments into obedience. The West may pose as the guardian of international law and order, but it is, in fact, an empire of chaos. That chaos will only result in more Kosovos ‒ today in Catalonia, God only knows where and when tomorrow ‒ until actual order is restored.