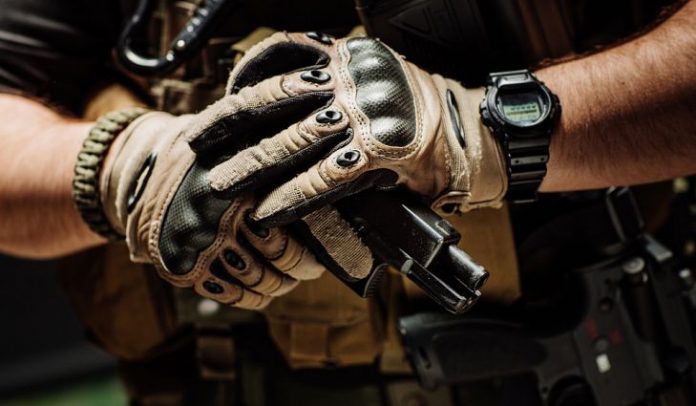 [ Editor’s Note: I chose Kulikov’s military contractor piece today as a change of pace view from our own. PMC discussions remind me of the old corny adage of how an elephant looks totally different depending on what end you are looking at.

His American foreign legion idea I had not heard anyone discuss before. It would never fly, as the Pentagon would never want a low budget force like that. Such a setup is strictly for CIA operations, or the PMCs, where the big ones are always affiliated with an Intel organization for secrecy protection from Congressional hearings.

The US does not need a foreign legion, as it already has one. It’s the old al-Qaeda that became al-Nusra, which renamed itself HTS and is based out of Idlib province in Syria now, and which has a non-aggression pact with Turkish forces based there.

The pony league for what you could call a foreign legion is US Dreamers – children brought into the US illegally who can join the military with a US passport thrown in as compensation and all the normal benefits.

These contractors running around doing deniable work for countries is an old story. The one less known, because only VT will cover it, is how some of the multinational corps have built up private armies within their own company security structures.

Sure, some of them are taking contracts from Homeland Security, but they also run their own operations. And they have people capable of doing a lot of nasty things, which never end up in an annual stockholders report.

This has a corrupting influence on our own military, as the taxpayers foot the bill to train elite troops who can then go to work for god knows who, get paid a bundle, be basically unaccountable, and not have to worry about all the rules crap of being in a command structure.

But what we can agree on with Valeriy Kulikov is that PMCs have definitely become a Frankenstein machine, where once let loose, there is no way to get the monsters all back inside… Jim W. Dean ] 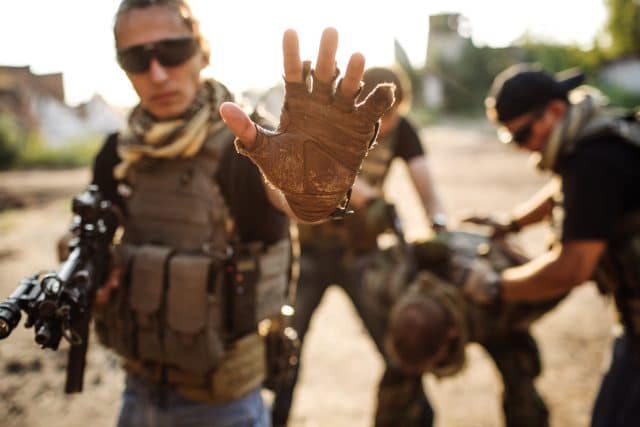 Over the last two decades we have witnessed an abrupt increase in the number of private military companies (PMC) operating across the globe. It’s curious that some of those companies have budgets that far surpass defends budgets of certain independent states.

Such conflict zones as Afghanistan and Iraq have for a long time been a sort of a playing field for a handful of Western PMCs. According to those officials who hire private companies to wage wars in their name, contractors perform a handful of tasks on the ground more efficiently and, which is even more important, way cheaper than regular army units and government agencies.

However, both the alleged military prowess and cost efficiency of those PMCs is questionable, but the main advantage of those remains undisputed, since no statesman bears responsibility for their actions. Operations in Afghanistan and Iraq have raised a serious concern over the legal status of such companies.

But neither a string of flagrant human rights violations committed by those nor the facts of unjustified and inadequate use of all sorts of weapons could put a stop to this bloody business. Once a private military company gets deployed on the ground there’s no more need to answer uncomfortable questions about loses and collateral damage, since no state can ensure that it fully controls the activities of its “private armies”.

States such as the United States that has been actively promoting PMCs as its tool of choices have repeatedly argued that they are ready to protect their mercenaries from any sort of persecution in other countries. Take, for example, the well-known decision of the chairman of the Iraqi Coordination Council, Paul Bremer, who led the occupation government of Iraq from 2003 to 2004. According to his order no member of the coalition forces or representatives of private companies operating in Iraq could be prosecuted by the state of Iraq.

The wave of regime changes triggered by Washington and the ever growing number of cases when Washington would meddle in the internal affairs of sovereign states has led to PMCs being in high demand. The active lobbying has resulted in mercenaries being described as consultants that are helping satellite states to establish their statehood and ensure logistics security to make these “private armies” to look somewhat respectable.

Instead of addressing the absence of any legal pretext for the use of small companies, Washington has chosen to transform PMCs into full-fledged military organizations that bear no responsibility for their actions. This resulted in taxpayers paying mercenaries billions of dollars for PMCs to hire retired military personnel and statesmen.

Thus, one of the largest PMCs in existence – the British Aegis, is headed by the grandson of Sir Witnston Churchill, Sir Nicholas Soames, a member of parliament for the Conservative Party and a former Shadow Secretary of State for Defence.

All of the existing problems with PMCs can be easily avoided by advocating the project of a “US Foreign Legion.” The idea is very simple. A foreign legion can only hire non-citizens, but at the same time remains a integral part of the armed forces, and therefore it remains under Pentagon’s control. The use of foreigners in the course of all sorts of deployments can easily address the issue of casualty shyness that America has been known for.

At the same time, the cost of maintaining such a unit can be considerably reduced, since the salary of a US contractor in the zone of a military conflict reaches thousands of dollars, while an Asian, African or Eastern European native can be contended with a couple hundreds of dollars, which, in particular, has confirmed by individual “Ukrainian candidates” for a spot in the “Foreign Legion of the United States.”

Yet another advantage of a foreign legion over so-called PMC is the morale. It is no secret that mercenary groups are often being criticized for their low morale due to the lack of motivation of its members. Should Washington adopt the practice that has been used by French officials for a long time, when a person receives citizenship after serving for a certain period of time in the legion.

For a great many of young people in developing and eastern European countries, the possibility of acquiring US citizenship can the reason to enlist in such a legion and fulfill their duties without any second thoughts about their motivation.

Thus, the idea of of an American Foreign Legion being created, that is being discussed in a number of Western media sources, cannot be described as unattractive. This idea fits well with the new US military doctrine, according to which high-tech high-precision weapons are to be used remotely to minimizing the potential losses of US personnel.

In this case, the replacement of American soldiers by foreigners in general allows military commanders to have much more freedom in their decisions. And the image of a high-tech war waged by someone else’s hands across foreign territories can not help but attract the sympathy of modern-day American politicians.

However, should such a legion be created, then for the rest of the world, especially those countries that are trying to pursue an independent foreign policy will result in an ever increasing risk of becoming a victim of military aggression. And the consequences of such an aggression can be terrifying since the huge wealth of a superpower will be mixed with the unscrupulous brutality of professional mercenaries.

This fact has been confirmed by the Syrian troops that have unexpectedly found a Ukrainian flag in a house that used to be occupied by ISIS mercenaries on the eastern bank of the Euphrates. This fact was reported by the popular Twitter account Syria Today, the leading source of coverage of military events in Syria.

Previously, various media sources would report that Ukrainian nationalists and representatives of the Crimean Tatars are fighting on the side of ISIS, after arriving to Syria in the ranks of various American PMCs.

Today, unfortunately, the legalization of mercenary forces, supported by the world’s leading powers, has resulted in PMCs becoming a factor of settling internal and external conflicts.