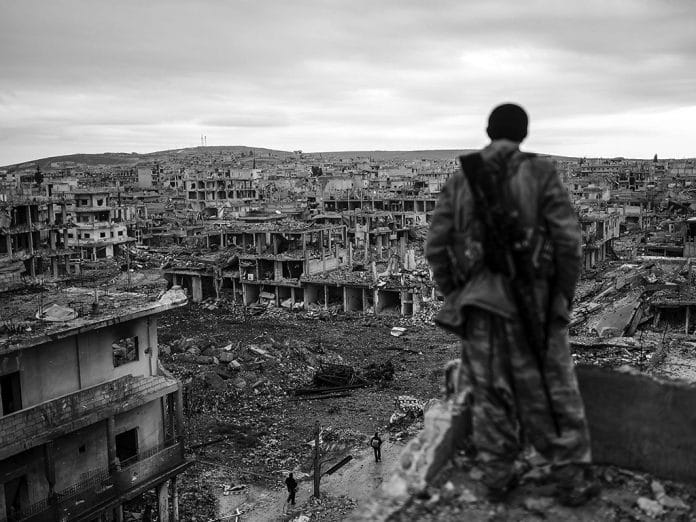 On October 30, the US-backed Syrian Democratic Forces (SDF) renewed their operations against ISIS in the eastern countryside of Deir Ezzor city. SDF units seized Fudayn, Sijri, Jaar, Wandiyah and Kharijiyah along the road between al-Busariyah and as-Suwar.

According to pro-Kurdish sources, the SDF also entered Jadid Uqaydat and Jadid Bu Khayr cutting off the last road that could be used by the Syrian Arab Army (SAA) to reach the ISIS-held town of al-Busariyah on the eastern bank of the Euphrates.

Some fighting was also reported between the SDF and ISIS in al-Qusayr located east of al-Busariyah. However, the US-backed force will likely start storming al-Busariyah in full force only after it secures the entire area north of it.

In Deir Ezzor city, the SAA Tiger Forces and their allies reached the Khadijah School area in the district of Hamidiyah in the northern part of the city. In coming days, the Tiger Forces supported by Russian military advisers will likely increase pressure on ISIS terrorists inside Deir Ezzor. The liberation of the city is an important part of the wider effort to drive ISIS out of eastern Syria.

According to pro-government sources, the SAA and Hezbollah advanced east of the T2 Pumping Station near the Iraqi border and captured the settlements of Shammas and Baktal. However, it’s unlikely that the larger advance towards al-Bukamal is possible while the western flank of the assault group is not secured or Iraqi forces are not in control of the entire countryside of the Iraqi border town of al-Qaim.